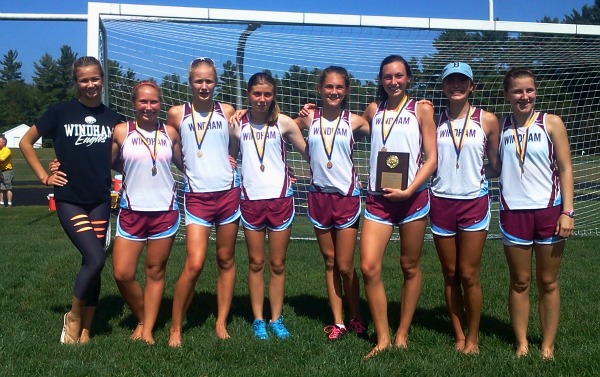 Special to MaineTrackXC by Tim Even

The Lake Region Invitational in Naples Maine, got the WMC and SMAA competition underway on Saturday morning. It was a hot and not so pleasant day for the runners, but the heat was no competition for race winners Hannah Austin of North Yarmouth Academy and Will Shafer of Gray-New Gloucester.

Shafer picked up right where he left off last spring easily cruising to victory over the 2.75 mile course in 15:21 followed by Windham’s Nate Skvorak in 15:45 and Fryeburg Academy’s Patrick Carty was 3rd in 16:03. Shafer, who has been battling illness all week, ran away from the pack at the gun never looking back, starting off the season on a strong note. Skvorak and Carty went back and forth for most of the race, with Skvorak eventually pulling away for runner up rights. With his efforts, he led his team to a 10 point victory over the defending Lake Region Invitational champions, Fryeburg Academy (33-43). Gray New Gloucester was 3rd with 107

Interview with Will Shafer

The girls race was similar in the fact that Hannah Austin took off from the gun and only increased her lead as time went on. Austin ran 18:18, besting her time from last year of 19:10. Running 2-3 was the Windham duo of Julia Rand in 19:14 and Lauren Linevitch in 19:18. Windham had an impressive day as a team winning easily with 25 points scoring 3 in the top 5. Westbrook (49) & Fryeburg (55) rounded out the top 3 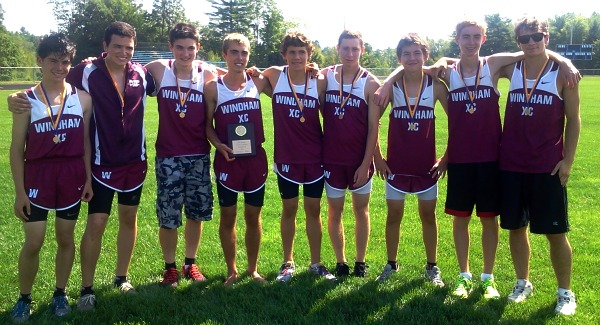