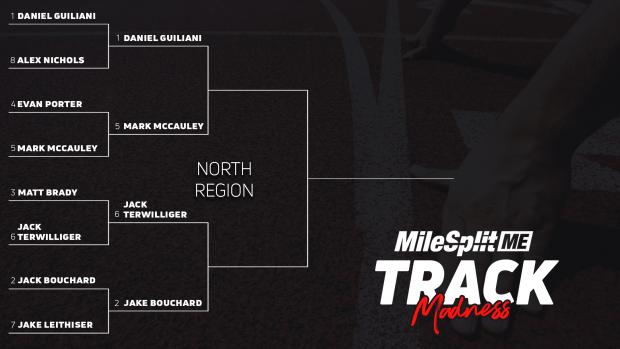 Jack Terwilliger#6 of Cheverus was a three-time Class A state champion. He ran a 4:14.88 mile, which converted ranks him #8 all-time in state history. He also ran legs on the #3 & #4 fastest 4x800 relay in history.
VS.
Jack Bouchard #2 of York won two class b state javelin titles. Bouchard was the New England champion in the javelin and earned All-New England honors twice. He is the current state record holder in the javelin with a personal-best 200-6.