Bethanie Brown is a senior at Waterville HS. She ran XC for the first time last fall, and had some success. Brown finished as the runner-up, she would go on to finish 5th in the New England championship. That was just the beginning of what was to come during the track season, as indoor Brown earned All-American honors in the 2 Mile, and capped off the outdoor season with a state all-time best for 1600m. follow Bethanie as she prepares for her 2012 XC season. 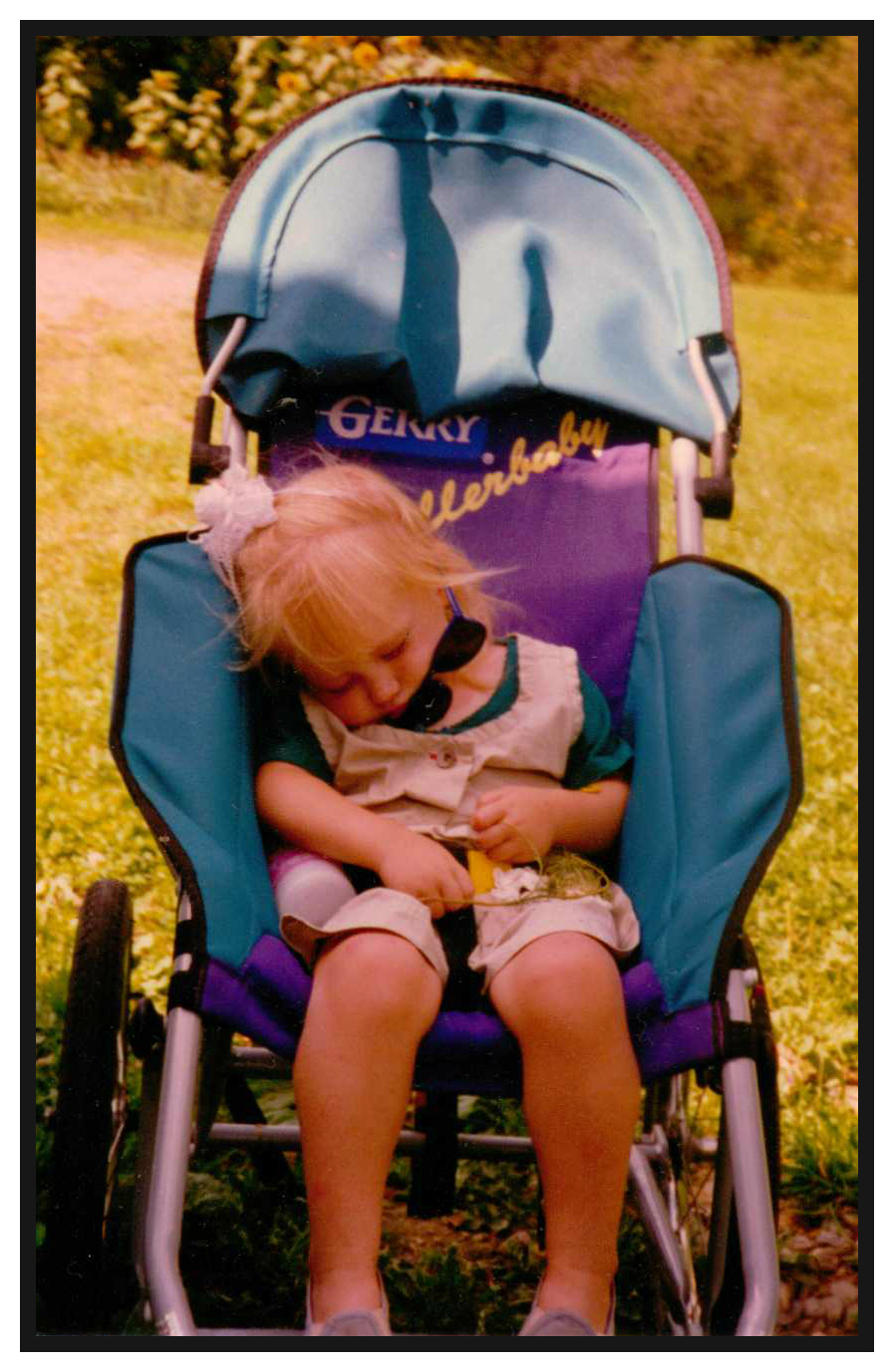 My mom ran across a cool photo the other day. It was of me, snoozing in a baby jogger. It got me thinking about how I became the runner I am today, so I decided I’d write a “blast from the past” blog.


I’ve been running since before I was born. Well, I guess I may have just been along for the ride. My mom never did any sports in high school, but she ran for exercise. Her longest run ever was 14 miles, which still beats my longest run!  Anyway, she ran right up until I was born.  Even when her balance was iffy, she kept on running. In fact, a few weeks before I was born, my mom was jogging along and she began to lose her balance. She tried to catch herself, but her body didn’t do it properly. It was using the catching mechanism for a much lighter person – not someone with a watermelon attached to their stomach – and she fell. She fell forward – down, down, to the ground, where she landed on her belly (and me!).


After I was born, my parents went on runs with me in the baby jogger. Once I was old enough, I would sometimes get out and run a little bit, and then hop back in. My dad recalled a decent portion of the jogs spent unbuckling me so I could get out, and then buckling me back in.


One time, though, when I was in Kindergarten, my parents went for a jog and they buckled me in the baby jogger. However, a few minutes into the run I wanted to get out. I actually have a memory of this day, and the thought that was in my head was that I was going to run the WHOLE way. So I did. I got out of the jogger and proceeded to run the whole way, which was 3 miles.


I was so proud of my accomplishment that the next day when I went into school the first thing I did was walk up to the Kindergarten Ed. Tech., Mrs. Gray, to tell her all about how I had run 3 miles the day before.  And she told me that she had actually seen me out running, and boy, I was so proud of that!


Other than that, my great race accomplishments through 4th and 5th grade were the mile runs in gym class for the national fitness test. I used to love racing the boys in my class.  One boy I used to race in the mile time trials, continuing through Junior High, was Devin Burgess. Now he does pole vault, 300 hurdles, triple jump and 4 x 400, but back in the day, we were competitive racing partners in gym class. We don’t run together any more – now I run with the boys on the cross country team.


This summer our team has been meeting twice a week, so I’ve been running on those days with whoever shows up. It’s hard to believe that Monday is the first day of pre-season. I’m excited…and I’m looking forward to getting into the routine of running with the team every day.