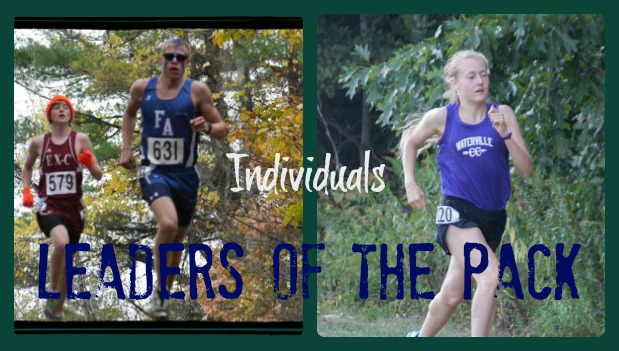 Kirstin Sandreuter the #1 ranked girl in the state of Maine got her senior campaign off to a blazing start as she clocked the #6 time (18:46) on her home course at Twin Brook, the site of the state meet. Sandreuter showed she's ready for a big year with that performance. #4 ranked Mary Szatkowski of Bonny Eagle opened her season 2 weeks ago on the new Gorham course, she clocked 20:43. Abby Hersom of Oceanside won her meet at Medomak Valley on Friday, covering the 5k layout in 20:46. 3x time Class C champion Carsyn Koch ran under 21 minutes for 5k with her 20:51 win at Limstone, she is currently ranked #12.

Aleta Looker of Ellsworth remains in the top spot on the 3 mile with her 19:35.14 clocking. York senior Heather Evans remains #2 with her19:40. Tia Hardy of Mattanawcook won the Bucksport Invitational to move to the #3 spot with a 19:52. Into 4th is Lily Koffman of Orono who finished 1 second behind Hardy at Bucksport. Elizabeth Labun of Hampden Academy rounds out the top 5 at 20:00.35

Gorham's Jesse Southard opened up with a sub 17 clocking on his home course to win the Jack Wilkinson Invitational. Mt Blue's Aaron Willingham showed he will be one to watch as he smashed Kelton Cullenberg's MT Blue course record with an impressive 17:01 clocking on the difficult layout. Willingham a transfer from Texas has jumped into the conversation as a threat to win the Class A title, he is currently ranked #8. Willingham's teammate Josh Horne just missed running under the old course record with his 17:19 effort. Horne who won the Laliberte invite is ranked #10.

Ellsworth's Dan Curts got off to a fast start in 2013 as he clocked a personal best 15:43 on his home course at the Ellsworth Invitational. Will Shafer (GNG) had a duel with Braden Becker (Yarmouth) at York as the two both ran under 16 minutes, with Shafer getting the win in 15:54, Becker was 4 seconds back at 15:58. Cape's Liam SImpson opened up with an easy win on his home course as he clocked a 28 second personal best. Bangor's Jonathan Stanhope also opened with a win on his home course, Stanhope clocked 16:08 to hold off a strong effort by Caleb Lord of Hampden Academy.