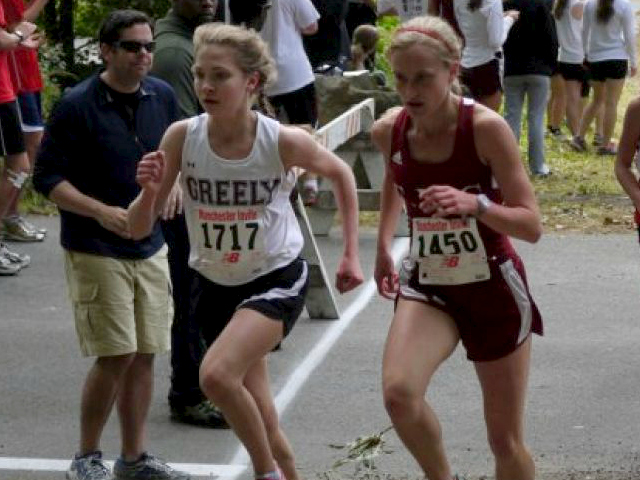 The site of the 2013 New England championship will have some of the top teams and individuals competing on Saturday as the 39th Manchester Invitational race will take place at Derryfield Park in Manchester. Teams from around NE will be competing including several top teams and individuals from Maine. MaineTrackXC will bring you live on site coverage so make sure you check back on Saturday for all the coverage

In the girls small school race there are 6 girls teams competing highlighted by the #6 Greely Rangers. The 1-2 finishers from a year ago are back as Aleta Looker of Ellsworth will look to defend her small schools title, a year ago the senior ran 19:17 over the 5k course to hold off a strong challenge from Greely Kirstin Sandreuter (19:22). So far in 2013 both are off to strong starts. Sandreuter opened her season with a flying 18:46 at Twin Brook, she's had the last 2 weekeneds off from racing so will be rested and ready to take a shot at making the all-time performance list at Manchester, currently it'll take an 18:52 or faster.

Also watch for NYA's Hannah Austin who is fresh off a 19:48 5k personal best last week on her home course. A year ago Austin placed 20th running 20:42. Also Kent's Hill will be racing so that means Anne McKee will get a chance to match her talents against the best in Maine. 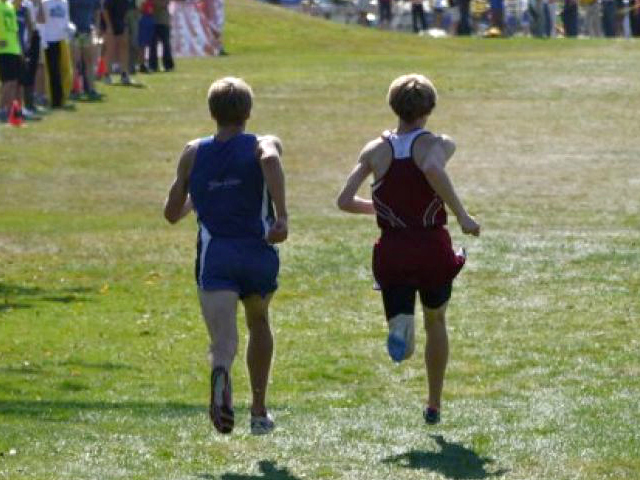 In the boys small school race #3 ranked Ellsworth has a good chance to take the win in the small schools race, the Eagles who finished 4th a year ago, are coming off a fine run at George Stevens Academy that say them put 5 guys within 2 seconds of eachother as they went 1643-16:45 for 3 miles. Ellsworth of course is led by the defending small school champion Dan Curts, who ran the fastest time overall last fall of 15:42. Curts won't have fellow mainer Silas Eastman to push him this year but expect big things out of the senior. Last year's 15:42 ranks him 9th all-time, and his fast to 2013 indicates he's ready to move up the list.  Other Ellsworth runners to watch are Brayden Beardsley & Robert Looker. Beardsley opened his season witha fast 3 mile on his home course, and Looker ran 16:50 on this course last year good for a 13th place finish. With Curts out front, if the Ellsworth pack can stay close they should be able to bring some hardware back to Maine.

Also watch for Marshwood's Jack Lettelier to challenge for a top spot in the small schools race, Lettelier one of the top boys in the SMAA will be running Manchester for the first time.

The #5 ranked Massabesic girls will be competing in this race, the Mustangs have had some strong efforts this fall as the get themselves ready for a run at the Class A title later this fall. Massabesic is led by Gabby Johnson and includes a strong cast behind her with Angela Waters & Maquila Dimasrantonio.

The #7 ranked Massabesic boys will look to have Manchester kick start them on a strong run into the postseason, a year ago Massabesic was 4th in the large school race before finishing off the season with a Class A title. The Mustangs are led by Michael Aboud.

The #1 ranked Cape Elizabeth boys will take their chances against some of the top teams in New England as they look to gauge where they are at with a little over a month left before the championship season. The Capers will be full strength this week after dealing with some illness last week. Liam Simpson has been the front runner for Cape this season, and is coming off a lifetime best of 16:25 for 5k last week at NYA, with the added competition and with the aid of spikes, he'll be aiming to lower his best time, and take a shot at the sub 16 barrier for the first time. The pack has been the strength of Cape so far this fall as Will Britton, Kyle Kennedy, Peter Doane & Mitch Morris have been within 15 seconds of eachother. At last week's meet Morris ran a 16:55 for 5k which means Cape could have 5 under 17 which would mean big things in the team race.

Individually Telstar Senior Josef Holt-Andrews will be one of the individual favorites to post the fastest time of the day. Holt -Andrews has shown great early season fitness as he broke Matt McClintock's course record at Carrebec by 17 seconds with a 15:21 clocking. It's almost too bad he isn't racing Dan Curts because I think we would have seen another epic duel as we did last year with Eastman vs Curts. Either way a win by Josef would not be shocking at all.

Also competing in the race as individuals is the dyanmic duo of Ben Decker & Braden Becker of Yarmouth. Decker who won his first career xc race two weeks ago at Lake Region, will be competing in his big invitational race. The senior who is splitting time on the soccer pitch and trails this year certainly won't be afraid to find his way near the front of the pack. His teammate Becker is coming off a fine sub 17 clocking for 3 miles on the notoriously tough Falmouth course.