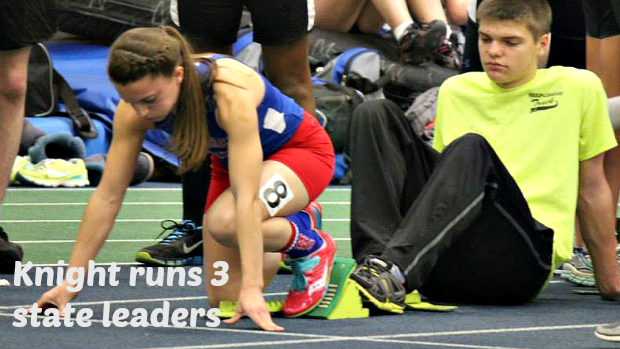 Messalonskee's Amanda Knight had an outstanding meet as the senior won all 3 sprinting events (55m,200m, 400m). Knight started off the day by lowering her state leading mark of 7.67 down to 7.55. Next up was the 400m where she ran a state leading 62.76, and her day wasn't complete until she added her third state leading performance of 27.19 in the 200m

The three wins by Knight spurred the Eagles to a win over Waterville for the second time this season as Messalonskee tallied 113.5 to the Purple Panthers 105, Brunswick was third with 66.66 points.

Skowhegan's Brett Gilbert equalled the state lead in the high jump with a 6-2 clearance.