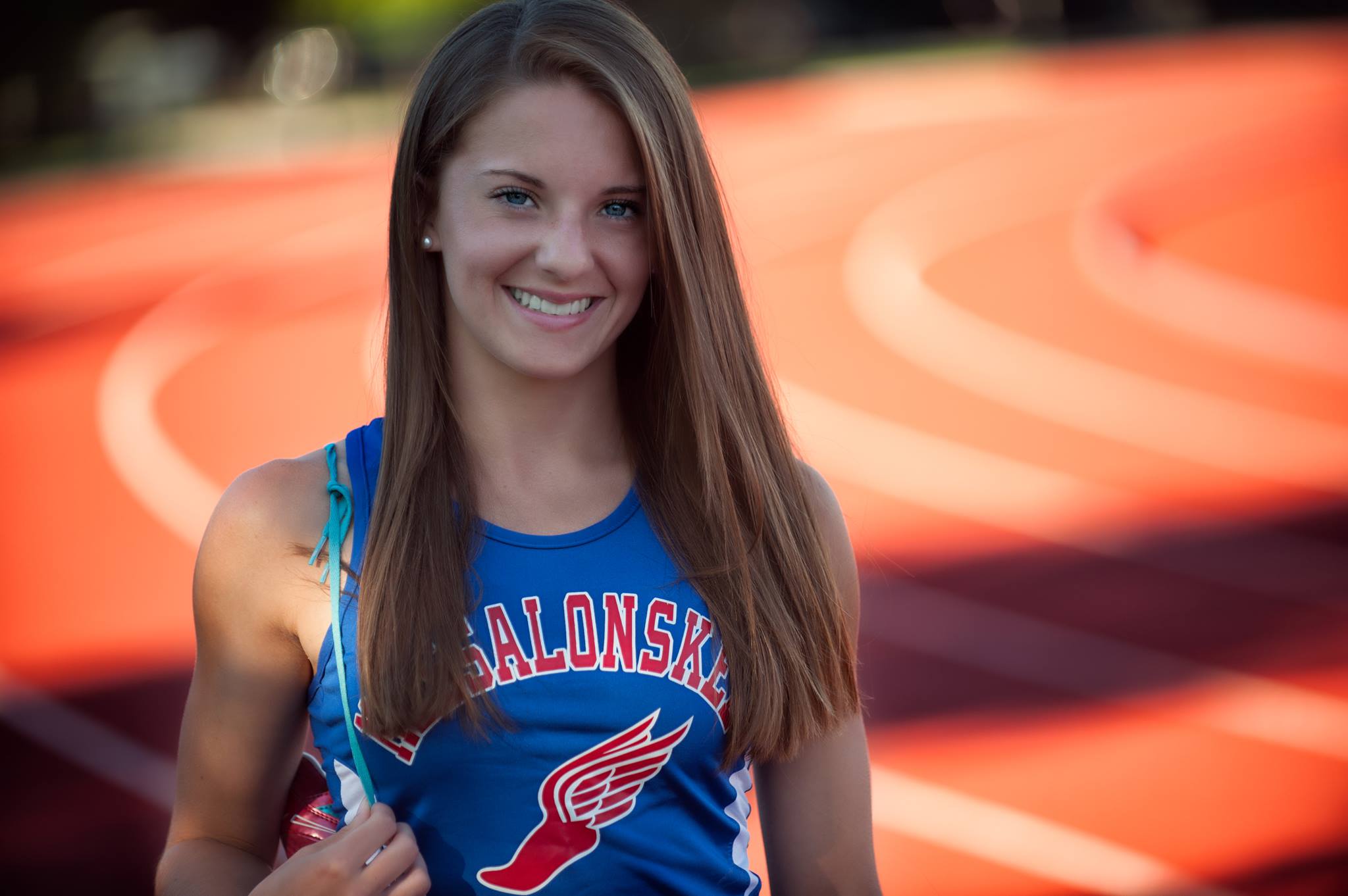 Who is Amanda Knight?

The newest sprint star has made a splash this winter leading Class A in the 55m, 200 & 400m. Find out more about the senior from Messalonskee HS. (photo above by Chris Bolduc Photography)

Messalonskee senior Amanda Knight is off to a tremendous start to her season indoor track season. The sprinter has won every race she has competed in to this point, and her times have been at or near personal bests each time out. Amanda currently is the state leader in the 400m, clocking an indoor personal best of 61.12 in her KVAC regular season meet on 12/31. She also has the fastest 55m, 7.55 & 200m 27.07 in Class A this winter.

MaineTrackXC caught up with Amanda Knight last week, check out what the sprint star had to say. 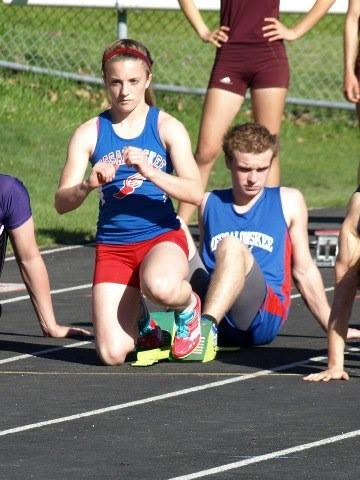 MaineTrackXC Last year you finished 5th at the indoor state meet in the 400m running 62.33. In your last meet you ran 61.12, which is the fastest time in the state. What can you attribute your success to this winter?

Amanda Knight My coaches have been most of the reason for my success. They motivate me to push myself during workouts and often times even run alongside me. They know what I need to do to improve my times and are always there to help me.

MaineTrackXC Do you think breaking 60 seconds outdoors last year has helped you mentally on the track this winter?

Amanda Knight Breaking 60 has helped me tremendously. Now that I know I am capable of running that fast in outdoor, it's easier to visualize myself doing the same in indoor; I just have to have the right mindset before and during a race in order to succeed.

MaineTrackXC While there is plenty of time left in the 2013-14, what would it mean if you could win an individual state title this winter?

Amanda Knight I would be absolutely thrilled if I won even just a single state title. Last year my goal was just to place in states. Finding out I was the state runner-up in the 55 was probably one of the best moments I've ever experienced; I know that a first place would feel even better.

MaineTrackXC  Training in the Maine winter can be challenging, where do you get to do most of your running? What is your favorite workout to do?

Amanda Knight Most days our workouts are held outdoors or in the hallways of our high school. Saturday mornings, we are able to use the school gym to practice jumping and block starts. On Wednesdays we have the opportunity to run with several other teams on the indoor track at Colby College, making this our hardest training day of the week. My favorite workouts are usually the ones at Colby because I think they help me the most and the running surface is far better than the usual concrete. I also enjoy the Saturday practices where we have music playing in the gym and end up playing games around the school.

MaineTrackXC  With all the success you have had this season, you must have some lofty goals, can you talk about a few of them? 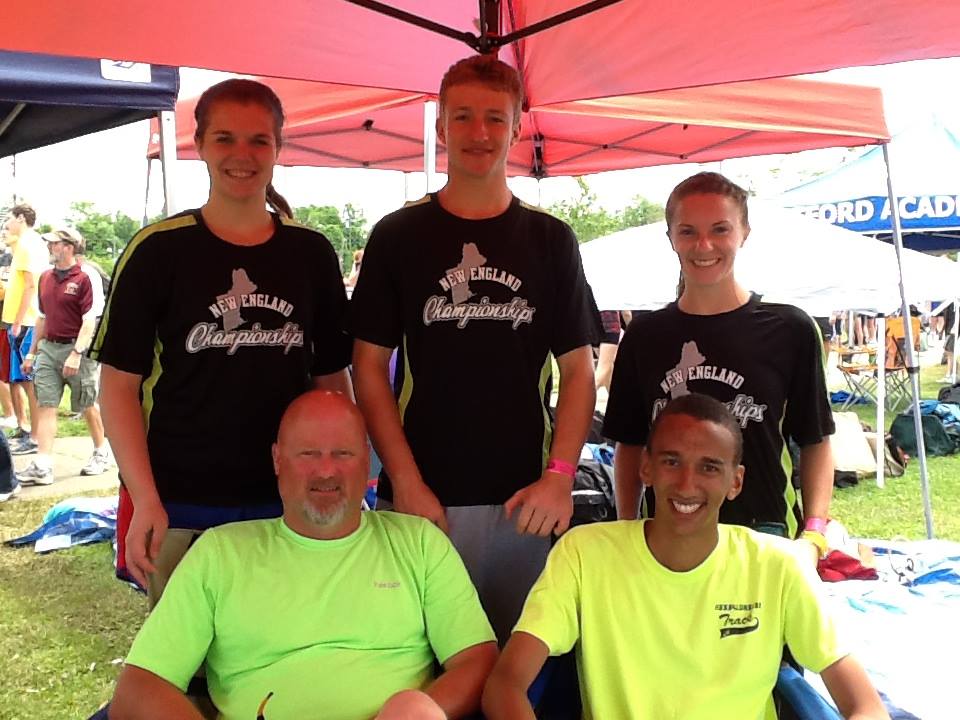 Amanda Knight  Almost every year I've hit a wall trying to break 1:02 for my 400, but now that I have, I'm pushing myself to go sub-1 like I did towards the end of outdoor last year. I've also had recent success in my 200 and am aiming for sub-27 seconds. In my 55 I've been working block starts to improve my time. My goals for the season are to be the KVAC and State champion for all three events and to eventually make it back to the New England Championship meet to compete against the fastest in the region. Our team goal is to win the KVAC meet and to be one of the best teams in the state.

MaineTrackXC  Your a senior, have you made a decision about college yet, or are you still weighing your options. Also do you plan on competing in track and field?

Amanda Knight I've been accepted to a couple colleges and am still waiting to hear from a few. I think it would be great to continue competing in track. My plan is to talk to some of the coaches and hopefully become a part of the team of whichever college I end up choosing.

MaineTrackXC Can you mention which schools you were accepted too?

MaineTrackXC The Messalonskee team has won two meets over powerhouse Waterville this winter, for a team that was started just 10 years ago, and all the coaches in the program are volunteers, what does it mean to be apart of the program that is one of the best in the KVAC?

Amanda Knight It's a great feeling to be a part of this team. Everyone is so supportive and determined to make this season an unforgettable one. I've seen our family grow from 30 to 80 athletes in just four years, and it's great to see such dedicated coaches and all of our teammates working together beat some of the strongest teams in Maine? 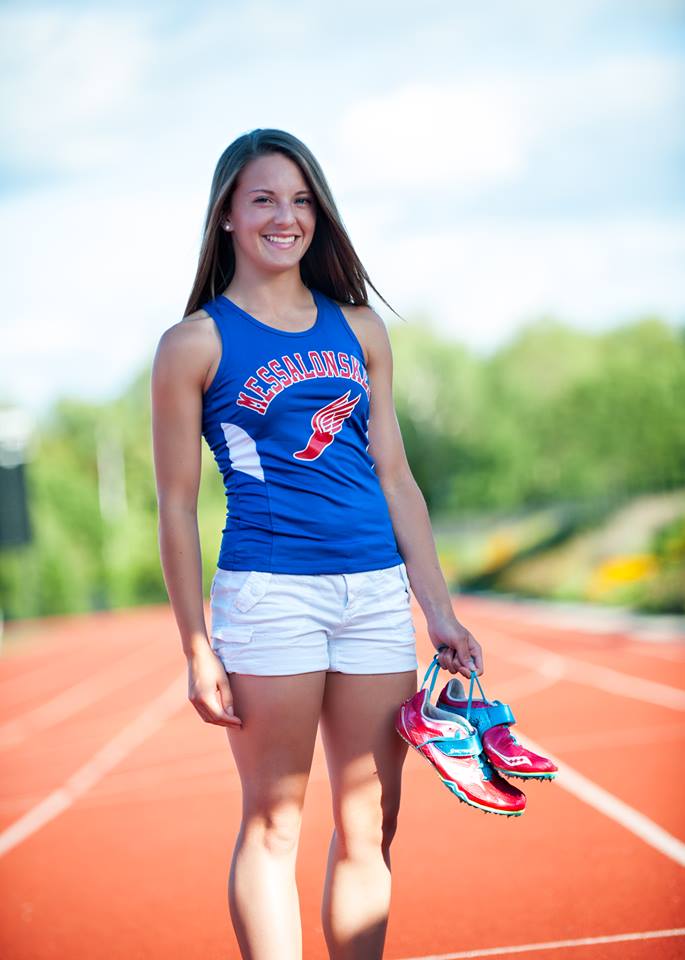 (photo above by Chris Bolduc Photography)

Check out her progession over the last 4 indoors