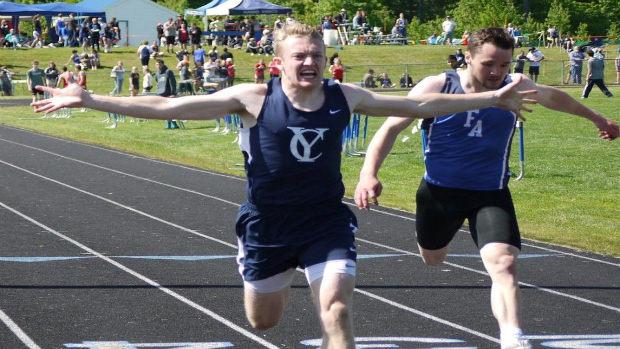 I would definitely say winning the 200m dash at the WMC Championship. It was the first time I had ever won a major race, and I let out a burst of excitement after I crossed the finish line.

I had the honor of running against the great Jacob Buhelt and Denzel Tomaszewski my junior year. I pushed myself everyday in practice believing that I could some day be as great as them. My biggest rival though was definitely Michael McIntosh from NYA. I still remember the first race we competed against each other in my first 200m of outdoor track when he came flying out of nowhere on the turn to beat me. We had some great battles during indoor and outdoor track this year where I believe we both pushed each other to personal bests. What I love about track is that rivalries do not mean being enemies. It was always great getting to have a pre and post race conversation with him and the many other elite sprinters of the WMC. (Shout-out to Nigel Williams, Elijah Thompson, Isaac Moore, Xander 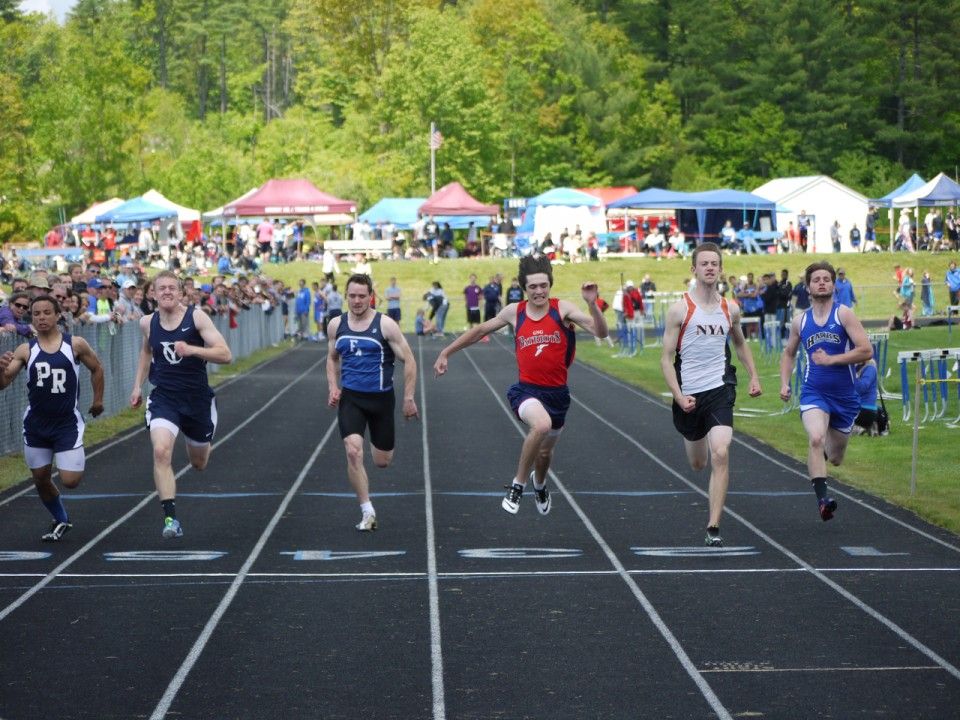 My greatest accomplishment was making it to New England’s for indoor track. It was an honor to represent Yarmouth High School and Maine at such a prestigious event.

I would of started track freshman year if I could do it over again. These past two years of track have been the best years of high school for me getting to be on a team with such fantastic people. I wish I could of had two extra years of track in high school. I want to thank my basketball coach Adam Smith for cutting me from the varsity basketball team junior year because I would have never discovered a sport that I passionately enjoy.

The toughest moments of my track career was both outdoor seasons of 2013 and 2014 at the state meet when I had to sit out the whole meet because I strained my hamstring in the 100m at either WMC’s or at the Class C Championship. There was nothing more I wanted to do then to help out my team, but at both state meets I was helpless to do anything but watch and support my teammates. I hope nobody has to ever go through what I did at the state meets.

I will really miss all the great people on my team and other teams I got to compete with. It will be weird not running with you all next year.

Go to the weight room during the off-season and at least once a week during the season. It will help improve your times a ton more than just running will. 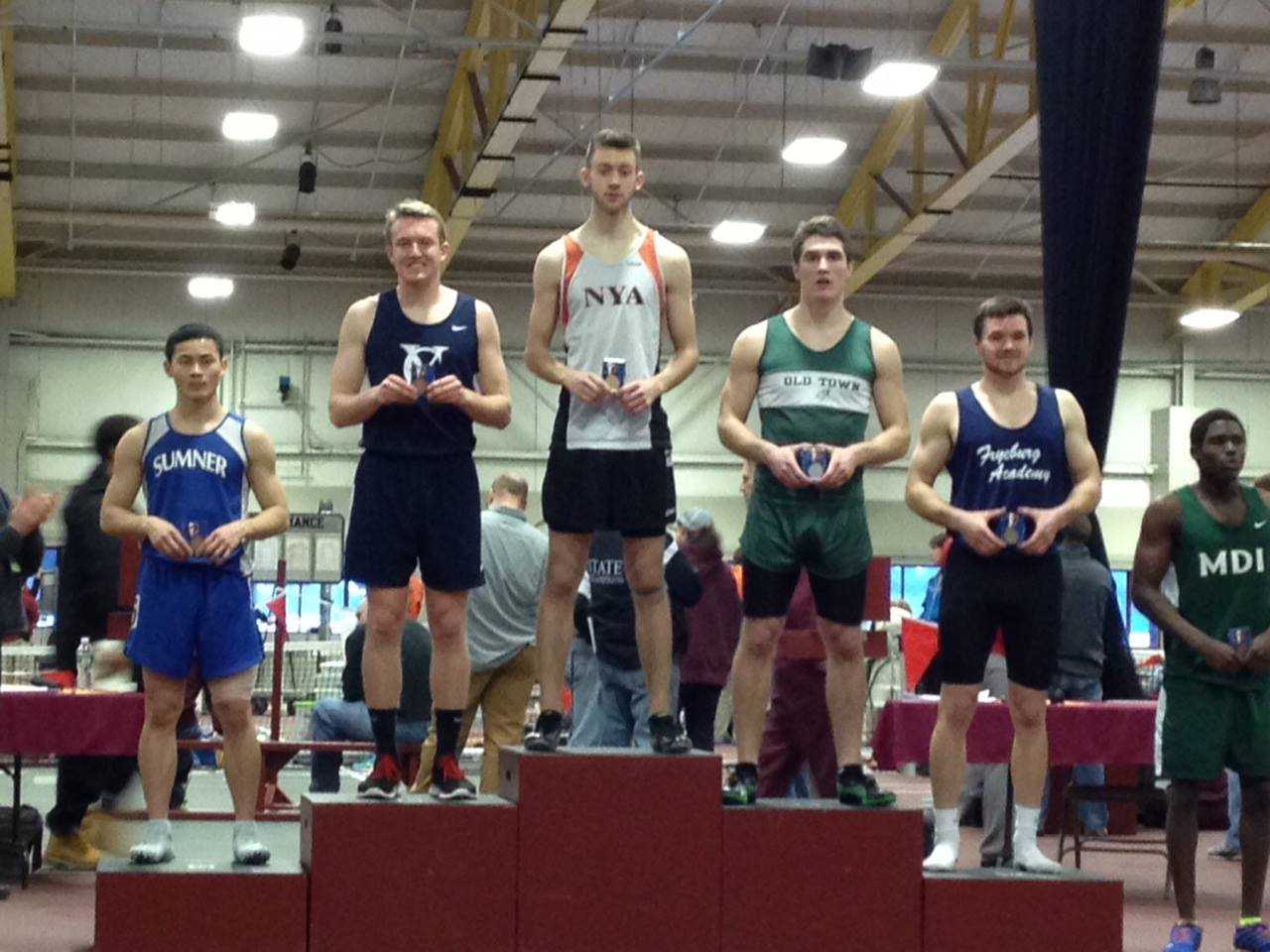 My coach Mike Griffin and my former coach Hank Richards helped me to improve my starts, speed, and endurance to help me become the elite level sprinter I wanted to be. They were monumental in helping to grow the track program in Yarmouth and make it another competitive sport that the community can be proud of. They provided the chance for people like me to enjoy a fantastic sport where hard work always pays off.

I will be attending St. Lawrence University and running track along with Harry Stivers from Freeport. I am very excited to be on a team with such a great talent from the WMC.

I would like to say thank you to my parents, coaches, and teammates for helping me reach new heights and providing me the opportunity to do such a fantastic sport.

Track and Field is a very unique sport. It is unique because there is nothing subjective to it. There are no referees, coaches cannot sub you in and out of the competition at their will, and deciding who are the best athletes is not based on subjective judgement. Everything is based on a straightforward time or a measured distance. It is easy for everyone to participate, and it is all up to the individual athlete on how great he or she wants to be. What you put in is what you will get out. The harder you work, the better times and distances you are going to get. What I also love about track is that everyone is incredibly nice. Because at the end of the day, people are only trying to beat themselves. Be proud of your track roots because they will take you far in life.