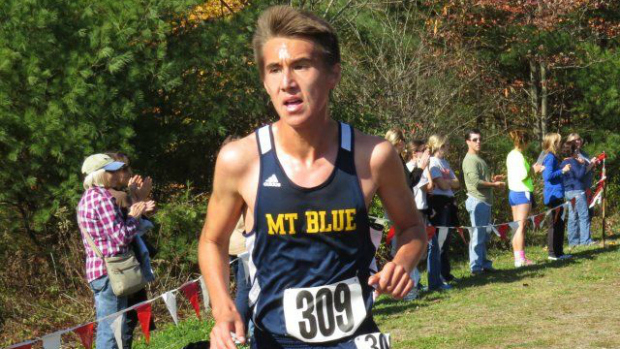 Mt Blue senior Aaron Willingham was the top runner in Class A for most of the 2013 season but came down with a stress fracture late in the season that prevented him from glory. Fast Foward to 2014 where Willingham has once again been one of the best runners in the state in 2014. Aaron won the EM A regional last weekend in 16:24.77 holding off a strong finish from Isaiah Harris. The week before he was the top runner in the KVAC Championship breaking the course record at Cony. At FOC, a fall right before the mile derailed his race a bit, he still would finish 6th overall in 16:13, but was only the 3rd Class A runner. Expect Aaron to push the pace from the front to control the pace that is the way he racing, the contenders will have to go with him for fear he may run away from them all.