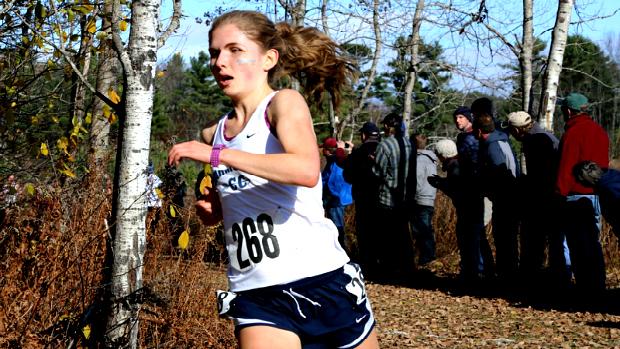 Abby Hamilton of Yarmouth is our pick for female runner of the year for the 2016 season. The Yarmouth senior had the finest season of her young career, culminated by her win at the Class B State Championship. She opened her season winning the Laliberte Invitational at Cony High School covering the 2.4-mile course in 15:33.90. In her second meet of the season Hamilton became the second runner ever to break 18:00 on the Cape Elizabeth three-mile course running 17:59, joining former Cape Elizabeth graduate Elise Moody-Roberts. She won the Southern Regional at Twin Brooks back on October 29 running 18:53.44, and was one of only two girls statewide to break 19:00 at either regional. A week later Hamilton took the field in one of the most competitive individual state meets in recent memory, finishing in 18:05.31 which was the fastest time of all classes. The time set a personal best and was officially the fastest 5k in the 2016 season. Hamilton broke 19:00 in every 5k she ran this season. She concluded her season at the New England Championships at Ponaganset High School in North Scituate, Rhode Island finishing ninth running 18:23.20. 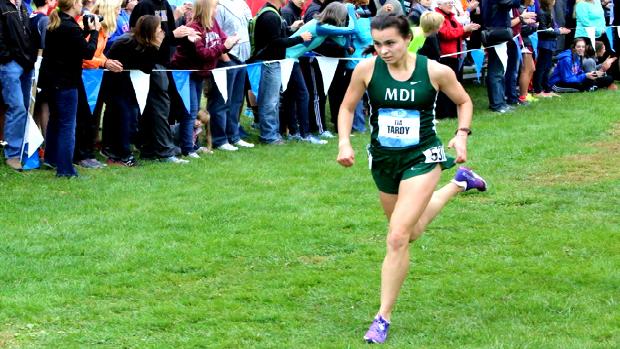 Tardy had a great final season on the trails competing with the MDI Trojans. The senior, competing with her third different school, was the top runner in Northern Maine this year and was untouched in the regular season. Her biggest regular season win in 2016 came at the Festival of Champions where she outlasted the best runners in the state winning in a time of 18:32.71. She was the only girl to break 19:00 at the PVC Championships as she took the Class B title running 18:58. The time was more than 90 seconds ahead of the runner up. Tardy then won her second straight Regional title winning the Class B North race in Belfast running 19:02.41, which was the second fastest time of all classes. At the Class B State Championships, Tardy was the runner-up to Abby Hamilton running a personal best of 18:14.48. She earned her second consecutive All-NE honor at the New England Championships finishing 21st in 18:38.14. 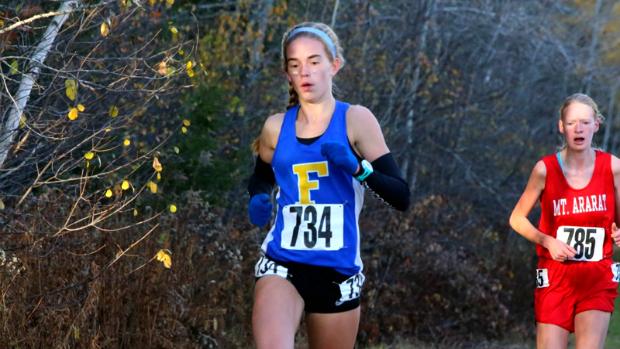 In just her first full season on the trails, the Falmouth sophomore made her presence felt as she blossomed into the top runner in Class A in 2016. Pasch caught everyone's attention at the Festival of Champions in Belfast where she finished second overall to Tardy running a personal best of 18:36.49. She carried that momentum into the Western Maine Conference Championships at St. Joseph's, taking the overall individual title in a course record time of 19:11. At the Southern Class A Regional, she battled with Kennebunk's Louise Holway and ended up edging Holway at the finish line running 19:18.13. Holway was .13 behind in 19:18.26. The two battled again at the Class A State Championship with Pasch winning again running 18:22.02. At the New England Championships she earned All-NE honors finishing 14th overall running 18:29.87. 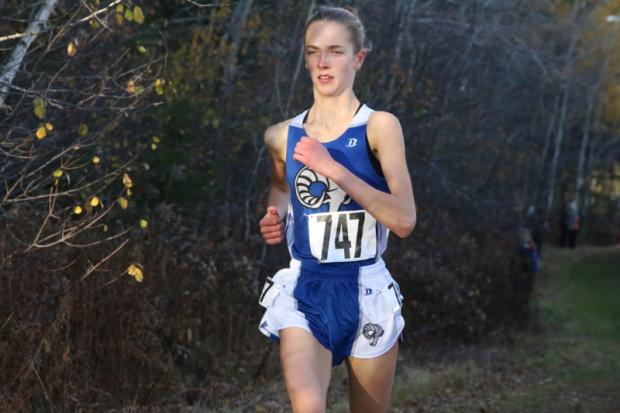 Another runner in her first full season on the trails, Holway quickly emerged as one of the top runners in the state in 2016. She had a very solid regular season - running 19:41 or better in the 5k three times - but it was her performance in the postseason that made Holway special. At the Western Maine Conference Championships she battled to a runner-up finish running 19:34 over the notoriously difficult three-mile layout. She then engaged in an epic battle with Pasch at the Southern Regional at Twin Brooks running 19:18.26, just .13 behind Pasch. At the Class A State Championships, she was nipped by Pasch again finishing second runnin 18:22.50. In the two times she raced Pasch, the total margin of defeat was .55 seconds. Holway concluded her season with a 32nd place showing at the New England Championships running 18:57.89. 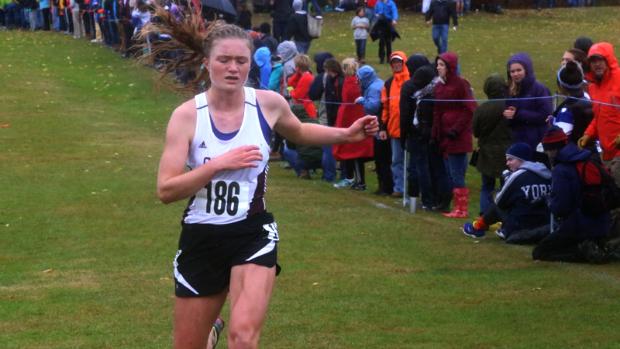 Leggat-Barr has been one of the two or three best runners in Class B South for the first three years of her high school career, and it was no different in 2016. At the Manchester Invitational at Derryfield Park back on September 24, she finished second in the Small School race running 18:58, breaking 19:00 for the first time of the season. Seven days later, Leggat-Barr raced to a fourth place showing at the Festival of Champions running 18:37.74. On October 29 she finished third at the Class B Southern Regional at Twin Brooks running 19:20.13. The following week, Leggat-Barr finished a close third at the Class B State Championships running a personal best of 18:14.61. She finished her XC career with her second All-NE honor finishing 12th at the New England Championships running 18:24.04. She was the second Maine finisher in the field.