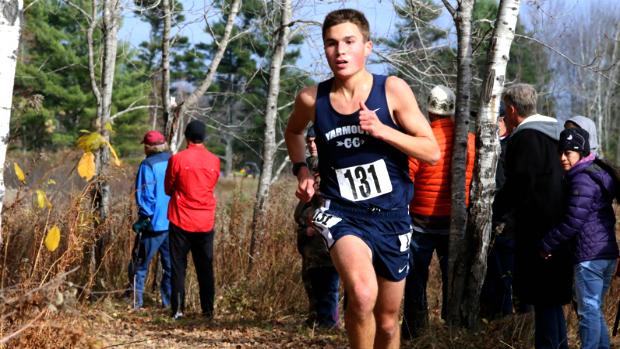 Luke Laverdiere of Yarmouth is our choice for Male Runner of the Year for the 2016 season. After a disappointing end in 2015 the Yarmouth junior looked to prove doubters wrong this season and showed he belongs in the discussion as one of the top runners in New England. He started his season with a win at the LaLiberte Invitational at Cony High School in Augusta on August 29 covering the 2.4-mile course in 13:10.60, which was nearly a minute ahead of runner-up finisher Lisandro Berry-Gaviria of Mt. Ararat. He continued to run fast times throughout the regular season and had his finest performance in 2016 at the Festival of Champions at Troy Howard Middle School in Belfast. Running against the best Maine has to offer, Laverdiere crushed the field running 15:33.84 - the fourth fastest time in course history. After resting at the Western Maine Conference Championships he won the Southern Maine Regional title for the second year in a row, pulling away from Freeport's Henry Jaques to win in 16:13 for a 22-second victory. The time was the fastest of all classes on the day. Laverdiere finally got redemption from last year a week later at the Class B State Championships as he won his first cross country state title, winning in 15:49.49 and running the second fastest time of all classes. At best Laverdiere belongs in the discussion as one of the top runners in New England, and after winning the state championship this season he'll look to contend for a New England title in 2017. 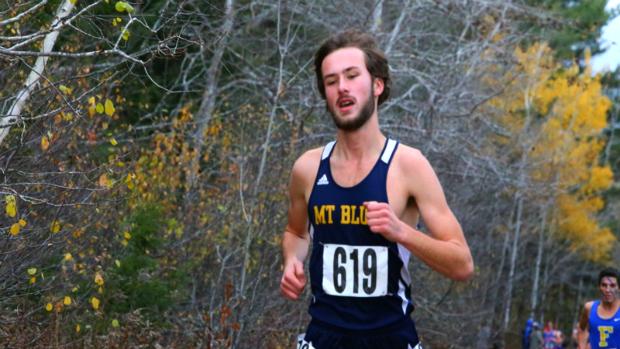 After finishing 12th at the Class A State Championships in 2015 Barber evolved into one of the best runners in the state this year. He had a solid regular season in 2016 - he was 6th at Festival of Champions running 16:15 - but is was in performance in the postseason that truly made his season memorable. It started at the KVAC Championships where he defeated the competitive Class A field running 16:43, winning by 12 seconds. Two weeks later at the Northern Regional in Belfast, Barber pulled away from Hampden Academy's Paul Casavant and Wyatt Lord to win in a fast time of 15:57.44 - the fastest time of all classes in the region. Then at the State Championship's, Barber pulled away from the rest of the field to win in 15:47.40 - the fastest time of all classes and the fastest winning time in Class A since Will Geoghegan of Brunswick ran 15:43 back in 2009. Barber carried that momentum into the New England Championships in North Scituate, Rhode Island where he finished 12th running 15:56.60. He was the second Maine finisher. 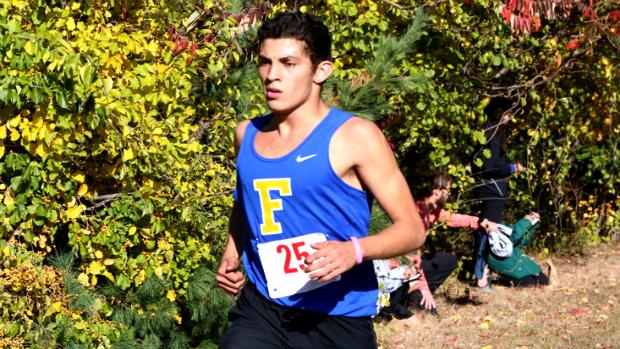 Sands became the top Class A runner in the Southern Region in 2016 and was the anchor that helped the Yachtsmen to its first team state title since 2011. We knew he was in for a big season after he defeated Freeport's Henry Jaques on his home course early in the season back in September running 16:30.33. His breakout race of the year came at the Festival of Champions where he finished a close third in 15:58.15. Then at the Western Maine Conference Championships Sands pulled out a seven second victory over Jaques winning in 16:37 - the sixth fastest time in course history. At the Southern Regional, he battled with Westbrook's Josh Lombardi before pulling away in the final mile to win in 16:39.40. The time was the second fastest of all classes in the region. At the state meet Sands hung tough for a third place finish, breaking 16:00 for the second time of the season running 15:59.32. He concluded his final year with the best race of his young career with a seventh place showing at the New England Championships running 15:51.76. He was the top Mainer in the field. 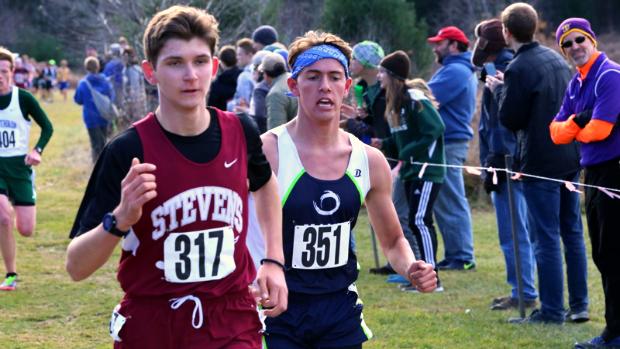 In his final season on the trails Hassett showed once again he was the top runner in Class C in 2016. The GSA senior was undefeated in the regular season going into the Festival of Champions where he finished sixth running 16:15.10, which set a personal best at the time. Two weeks later Hassett overwhelmed the field at the PVC Championships in Old Town for the second straight season running a course record time of 16:26.20. He followed that up with an easy win at the Northern Regional in Belfast running 16:19.55, which was the sixth fastest time of all classes. At the Class C State Championships the following week Hassett had perhaps the best race of his young career as he took the title running 15:56.12, breaking 16:00 for the first time. More impressively, Hassett had the third fastest time of the day essentially running alone. At the New England Championships he narrowly missed All-NE honors with his 35th place finish running 16:12.51. 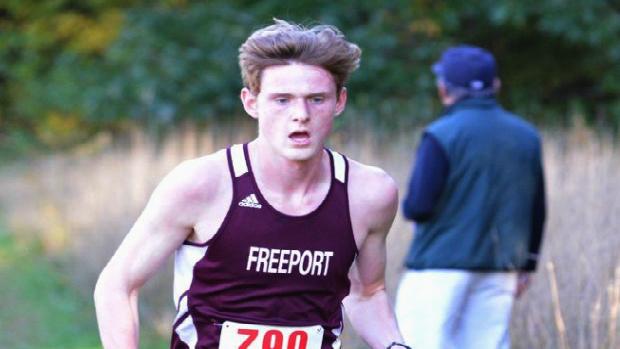 After a breakout season in 2015 where he finished second at the Class B State Championships, Jaques continued his success this season where he became one of the top runners in the state regardless of class. He showed great form early in the season posting a win on his home course 16:38.16, then finishing second to Jeremiah Sands on the same course running 16:33.97. He had a great run in the Small School race at the Manchester Invitational at Derryfield Park placing fourth in 16:14, which set a personal best at the time. He finished second to Sands again at the Western Maine Conference Championships running a very strong time of 16:44. Two weeks later at the Southern Regional at Twin Brooks, Jaques held strong to finish second to Luke Laverdiere running 16:35.47, which was the second fastest time of all classes on the day. At the Class B State Championships he dipped under 16:00 for the first time running 15:57.73 finishing second, and actually made up some ground on Laverdiere in the final stages of the race. His time was the fourth fastest of all classes. He culminated his cross country career earning All-NE honors with his 19th place finish at the New England Championships running 15:59.40. He was the third Maine finisher.