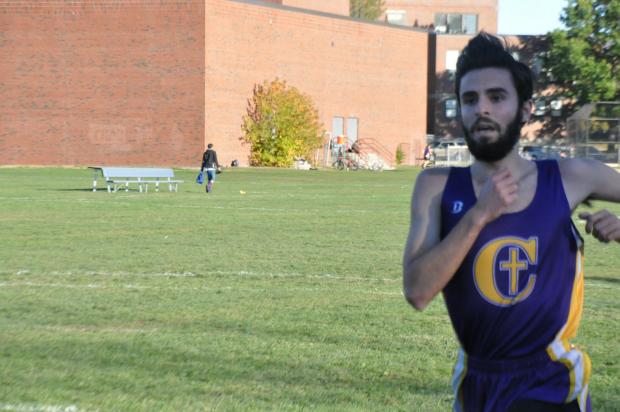 My most memorable race was the 3200m at this year's outdoor SMAAs; it was the first race in which I broke ten minutes in that event. The day before the race, I took to Twitter to do some race promotion, and Ben Breton responded, telling me to go sub-10:00. The idea somehow came into my head to shout "This is for Ben Breton!" as I began my kick, and I told him I would do so.

As for the actual race, I remember three things: I came through the first 1600 in 4:56, which I figured provided just enough cushion; at the 2700 mark, I shouted the phrase I said I would, and the people standing on the inside of the track there thought I was yelling about my leg; and, upon finishing the race in 9:59.18, I collapsed on the track and a number of people came over to congratulate, but the only one among them whose identity I remember was Ben Breton.

I don't know if I was part of any great rivalries in my four years, but one guy who was always close to me in races was South Portland's Steven Smith. Since we have the same first name and were often right next to each other, all kinds of people would be yelling "Go Steven!" or some such. By this year, I figured that anyone yelling that I didn't recognize was yelling for him, and he told me that he was doing the same, but vice versa. 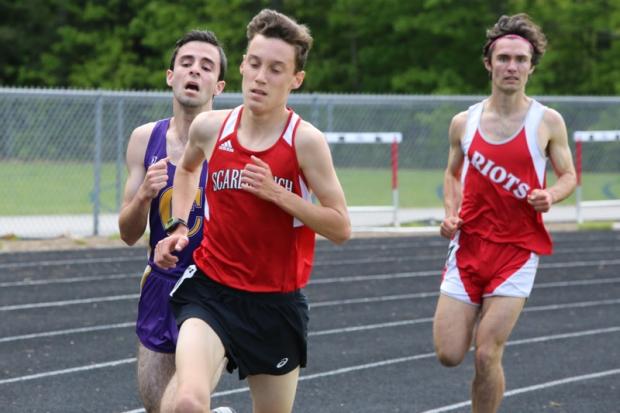 I wish I had gotten good before indoor track my senior year.

More seriously, I wish I'd learned how to be mentally tough enough to stick with people earlier in my career and had the confidence to try to run with people who ran better times than me. I'd always regarded the top tier of runners as people I couldn't go with until this year, when I started beating some of them, and I wish I'd been able to break through that mental block earlier.

I was lucky in that I never sustained a severe injury and only missed two weeks over my high school career to minor problems with my foot, so I have no story of coming back from adversity to relay. The hardest thing, I think, that I had to do was take on the role of being the #1 runner for the cross country team and accept the responsibility for pacing the runs and leading the workouts every day. It was not a responsibility I loved, since I like having someone in front of me to push me, but I made the most of it and - if my own estimation is worth anything - I did a decent job leading the team.

Two things: long runs with the team and the sense of community that exists among the distance runners of the SMAA. It's an august club and I was honored to be a part of it. 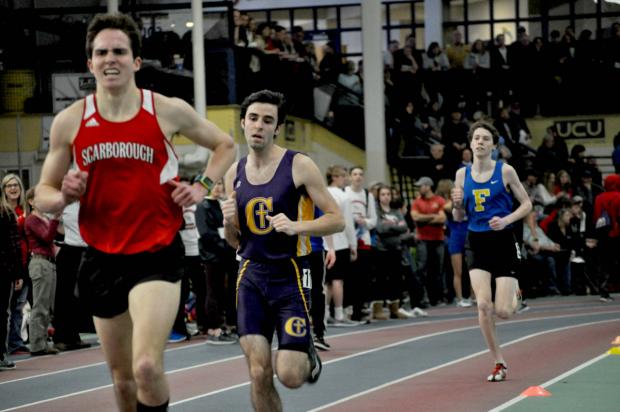 Put in the work and you'll get results out, and don't think you can't run with certain people or hit certain times. If you want it enough and have the guts to not let up throughout the race, you'll surprise yourself.

Liana Rubinoff is an absolute legend and the reason I've achieved anything notable running. She's pushed me to try to do things I didn't think I could do on the course and the track, and I did manage to do some of them. As for life goals, I don't know - I don't know if running is that important - but she has a fire and a devotion to her teams that I admire and wish to emulate.

I will be attending the University of Notre Dame, where I hope to double major in math and classics. I haven't yet decided if I'll try to pursue running for their XC and track teams, but I definitely intend to keep running.

Coach Liana, for the reasons I detailed in the encomium above; Coach Kristin, for teaching me how to run cross country; Virgilio, for all he's done for Cheverus track; Scout Tucker, Logan McCarthy, and John Cox, for making it through four years of Cheverus cross country with me; Parker Montano and Josh Veroneau, for leading those XC teams my first three years; Nolan Doherty, Will Peterson, and Abby Pipkin, for being the distance boys who are back in town; the rest of the Cheverus track team, for their cheering and generally being wonderful people; and all the people I've had the pleasure to race against the past four years. It's all been beautiful, and I'll miss it.