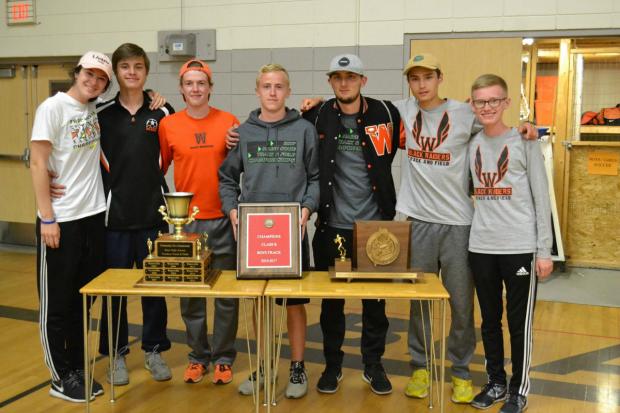 What was your most memorable race? My most memorable race would have to be at the State meet last year. I was racing against Lucas Deeley of Kennebunk on the last lap. I was in the lead and then on the last straightaway I noticed Billy Chambers of Waterville who looked like he was in a ton of pain. I slowed down and asked Billy if he was alright. But then Lucas stole my position and I tried to race him at the finish line. When the race ended I immediately went to Billy who was lying the grass breathing heavily. I helped him up with a few of his teammates and brought him over the the trainer. In that moment all everyone was worried about was if Billy was okay. It didn't matter about who won or who made the podium. It was all about making sure that Billy was alright. I helped Billy to the podium after our names got called. That race means so much to me because it was the first time I didn't see competition who was cheering over there victory, I saw concerned athletes. With Billy being one of the best in the country it was scary to see him like that. But with everyone being so humble and caring it made that race my most memorable race I have to date.

Who would you consider your biggest competition over your four years? My biggest competition over the last four years has been Trevor Judd who graduated just last year. Trevor has always been one of the best in class B. Making it to states his sophomore year and standing on the podium is incredible. His senior year he won every single race he was in. This includes the state championship. He even competed at the New Balance Nationals and placed 6th. His form looked effortless and his times were only getting better. He pushed me to get my PR of 7:48.98 which I was no where close to this year without him. That is why I consider him my biggest competition. 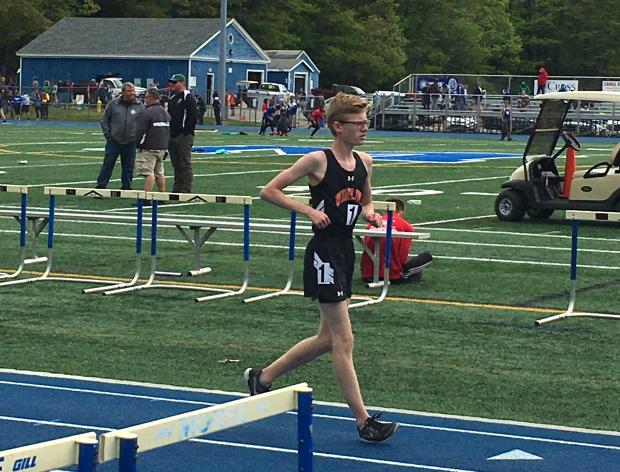 If you could do it all over again what would you change about your running career in high school? If I could do it all over again I would probably have stuck with pole vault. I competed in pole vault on and off for two years and then wanted to focus on race walk my junior year. By the time my senior year rolled around pole vault wasn't even an option as I was ranked to win race walk. I enjoyed pole vault and I find it to be one of the hardest events. It was challenging but one of the funniest events I have ever competed in. Even though I was no where near to qualifying in it I had a blast. I wish I would've stuck with it and was less into just race walking.

What were the most difficult obstacles you had to overcome? The most difficult obstacle I had to overcome was how much race walking ruined my knees. After every race my knees would be throbbing in pain. Having to keep your form was making my knees worse every meet. From four years of race walking the pain never got any better. Many race walkers say that after the first year of race walking you get used to the pain. But I don't think I could ever race walk at my personal record ever again. But having to overcome the pain and winning every race up until the state meet makes me feel that I overcame that obstacle.

What will you miss the most? I am going to miss all of my teammates and coaches. No matter how crazy they can be I still am gonna miss them. I am gonna miss Coach Bertolaccini screaming at the top of her lungs at every meet cheering on all of my teammates in every race even though she was the distance coach. You knew someone from Winslow was racing if you heard her yelling. I am gonna miss watching Ben Smith destroy his competition in all of his events. The one thing I will miss the most is my team all huddled at the last 100 meters during the 4X400. We would scream and cheer for our team. The state championship 4X400 relay will be my favorite one we cheered for. It was such a close finish and we didn't even know if our team won or not. Our team was screaming so loud in hopes that we won. I will never forget that moment. 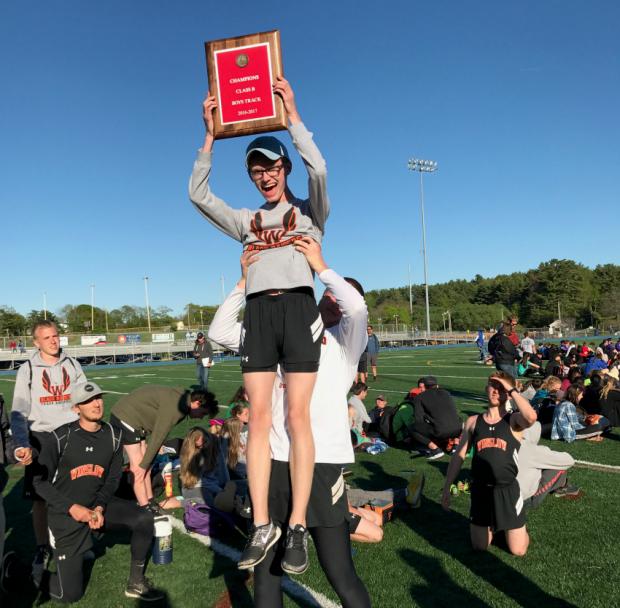 What advice you would give to younger athletes? My advice to younger athletes would be to give race walking a try. No matter how funny you think it looks it doesn't hurt to just try it. Who knows maybe you could be the next Billy Chambers or Trevor Judd? As long as you try your best you will succeed at everything you do. You will have a bad day on the track but just remember that there are more days that can turn out to be a whole lot better.

What influence has your coach had with respect to your performance and overall life goals? Coach Nadeau has always respected me and my choice to race walk. He knows that I have what it takes to become one of the best. He has pushed me to my best abilities. My life goal is to be a humble athlete and my coach has been one of my influencers in that he is an extraordinary coach with a great passion for track and a laid back attitude. He has taught me to not gloat in my opponents faces but rather shake there hand and tell them great job.

What are your college plans?  In the fall I will be attending Thomas College. I will be majoring in General Studies in hopes of finding a major very shortly after my first year. I hope to continue track and field by participating on both the indoor and outdoors teams. I would also like to attend the Disney College Program in the Summer of 2018 I can't wait to see what my future has in store for me both in my future career and track life.

Who would you like to say thank you to? I would like to thank my parents for all of their love and support. If it wasn't for them I wouldn't be who I am today. To my friends and family I would like to thank you for supporting me in race walk even though it's the most boring event you still watched me race. I would like to thank my coaches. Coach Nadeau for always pushing me to my limits even if I dread going to practice. Coach Bertolaccini for adjusting your distance workouts just for me to be able to race walk them and for not marking me absent everyday in homeroom even though I am clearly late. Coach Hendsbee for always cheering me on while coaching high jump. Coach Bolduc for pushing me in gym class even though I hated gym. It made me a better athlete. Thank you to all of my teammates too for the high fives and pat on the backs it means a lot. Thank you to my fellow race walker Anna for not making me be alone this year and having someone to relate to. Thank you to the officials and helpers at the track meets for the opportunities to compete. Thank you everyone who has supported me and loved me in my life!

Is there anything else you'd like to add? I want to leave behind one of my favorite track quotes. "If you don't have confidence, you'll always find a way not to win." -Carl Lewis