Boys, Class B
Junior Braedon Stevens last ran the course at the Troy Howard Middle School in Belfast on September 30th at Festival of Champions. He finished 5th then too, just as he did at the Northern Maine Regionals Championships to lead his Hermon High School team to the Boys team title. Thing is, at Festival he was running out of the boys unseeded race.

Stevens took a little more than half a minute of his time to set a new PR at 17:36. Joining the junior in scoring for Hermon were Kyle Byram (9th), Dylan Fowler (20th), Zachary Beaton (21st), and Ben Zapsky (26th). 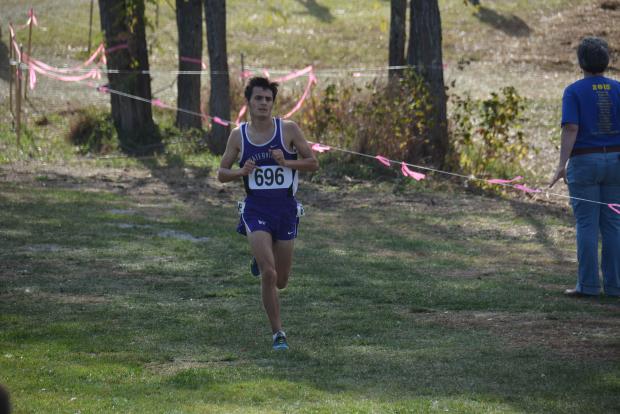 But first across the line was Waterville's Nick Dall who clocked in at 16:41. The junior has owned this event taking the title in each of the last three years; he also has the hardware from two KVAC titles to keep things balanced. Teammate Soren Nyhus joined Dall in the top ten taking the 8th spot overall, but this was not enough to put the Panthers into second place. The runner up honors belonged to Mount Desert Island, led by Nick Reznick, 3rd place finish. 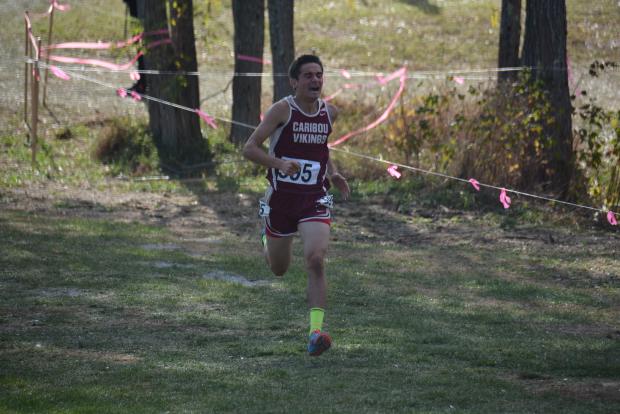 But the Trojans have their sixth finisher, John Genrich, to thank for the runner-up spot and all the hardware that comes with it.
Hermon finished with 81 points while MDI and Waterville each wrapped with 86, so the tie-breaker-whose 6th runner finished first?--was invoked. The answer was Genrich at 35th.
Also headed to the state meet will be Caribou (90), Belfast (156), Presque Isle (166), and Erskine Academy (169).
Caribou was led by Dylan Marrero's 2nd place finish, while Ricky Smith of Belfast took 10th on his familiar home course. Presque Isle's first finisher was Max Bartley in 11th while Osiris Marable (19th) led the Erskine Academy effort.
Other top ten finishers were Washington Academy's Matyas Nachtiagall (4th), and for the Caribou Viking Pack Kyle Boucher (6th) and Evan Desmond (7th) sealed the top ten.
Girls, Class B
Olivia Tiner of Winslow moved out to a quick lead in the Class B girls race, pushed it to 20 seconds by the mile mark, had a lead of greater then 42 seconds by the two mile maker and wrapped up the race with more than a minute to spare at 19:38. Her title bookends the KVAC title she claimed last weekend. The first year's performance was instrumental in getting the whole Winslow team to the State meet as they finished sixth in team scoring with 169 points, just one place removed from ending their season. 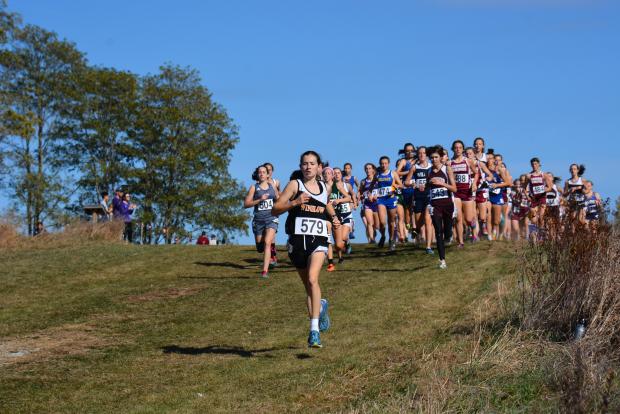 Of course Tiner herself would have advanced in any event as the top 30 individuals go regardless of team performance.
Caribou took the team title with 46 points. Led by Abigail Wimmer who was second to TIner at 20:39 and eclipsed her own personal best by 6 seconds, the Viking Pack collected another top ten finish when Emily Austin took 5th. Sarae Grenier (12th), Ashley Violette (13th), and Kacie Haney (17th) wrapped the Caribou scoring. 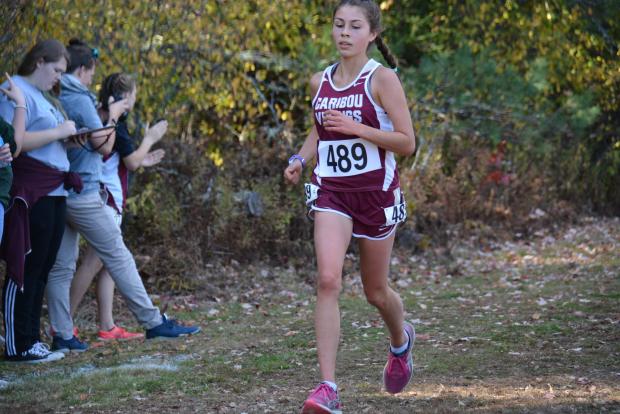 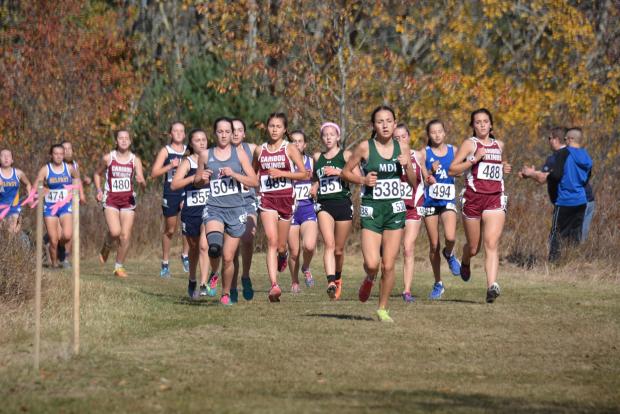 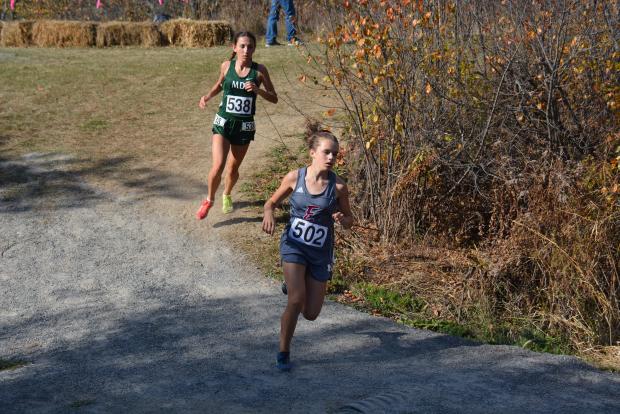 Closing out the top ten were Waterville's Gwinna Remillard (7th) and Erskine's Mikala McIntyre (10th).
All the qualifiers---both team and individuals---can be found here.