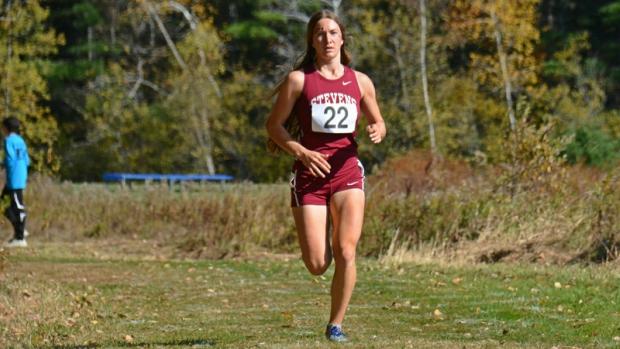 Northern Maine Regional Champion Eliza Broughton (George Stevens Academy) Flo50 #12 enters the Class C State Championships as one of the individual favorites. Broughton is peaking at the right time as she clocked a lifetime best 19:33.42 at Belfast, while Twin Brook is a much harder course her time should put her at the front of the pack on Saturday. She will be looking to get that #1 stick to help her team repeat as team champions.

Southern Maine Champion Olivia Reynolds (Maine Coast Waldorf), just a freshman was the surprise winner last week as she pulled away from the field over the final mile to win in 20:26.1. Reynolds who is slight in stature has a fluid stride and seemingly floats over course. She'll be looking to emulate her success, and once again stand on top of the podium. Reynolds teammate Olivia Skillings (Maine Coast Waldorf) will be one to watch in the lead pack as well. Skillings ran 21:10 last week to place third in SM regional, she has had her share of success in the state meet in past earning an 8th place finish as a freshman, and a 4th place finish a year ago. On the year she has a best time of 19:51.

Molly McGrail (Maranacook) a sophomore was the Southern regional runner-up a week ago. McGrail ran 20:51.46 last week, and has a best time of 20:12. She'll be looking to secure a low stick for her team as well, as the Black Bears running in Class C for the first time this year will contend for the win. A year ago McGrail finished 18th in the Class B state meet.

Erin Gerbi (Orono) a freshman from Orono had her best race of the season finishing as the Northern regional runner-up with a personal best time of 19:56.89. With that effort she has the potential to run in the lead pack. Gerbi's teammate Camille Kohtala (Orono) is another runner to watch. Kohtala a junior had somewhat of an off day last weekend, and will look to rebound this week. She has been very good in her state meets run in the past, earning a 11th place effort in 2015, and a year ago a 7th place finish. On the year she has the second fastest 5k of the season with a 19:48. 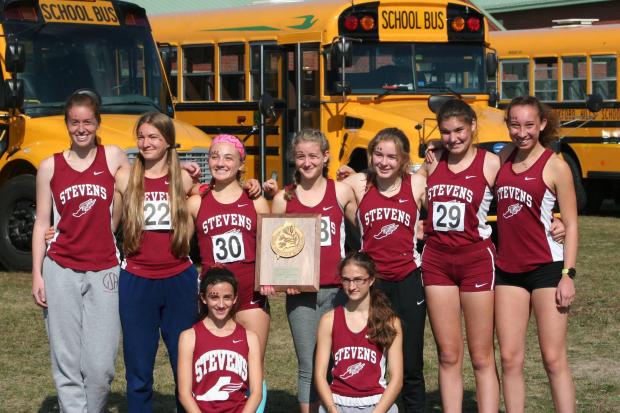 Defending state champion George Stevens Academy (Flo50 #9) will be aiming to make it two in a row on Saturday. GSA had their best effort of the year in winning the Northern Maine Regional over Orono by six points. With senior Eliza Broughton leading the way they will need big races from Mary Richardson & Zeya Lorio who finished 7th & 9th respectively a week ago.

Southern Maine champion Maranacook (Flo50 #10) will be aiming to dethrone GSA, the Black Bears who have won two Class B state titles, will look to add a Class C. They will need a low stick from McGrail, and strong races from Laura Parent & Sophie O'Clair who placed 6th & 7th a week ago. The edge for Maranacook may come at runners 4 & 5, Maddie Taylor was 8th a week ago while 5th runner Madelyn Dwyer was 14th.

Orono who was just behind GSA at the Northern Maine regional will look to reserve finishes as they look to win a 4th state title in the last 5 years. Gerbi & Kohtala give the Red Riots a powerful 1-2 punch.