While the Class C girls provided finish line drama, and a one point team win for the girls from Orono, the boys from Orono had much more leeway in securing their second consecutive Class C State Championship. The Red Riot put three runners in the top ten on their way to a 48 point total giving them a 29 point margin over runner-up Maine Coast Waldorf School. 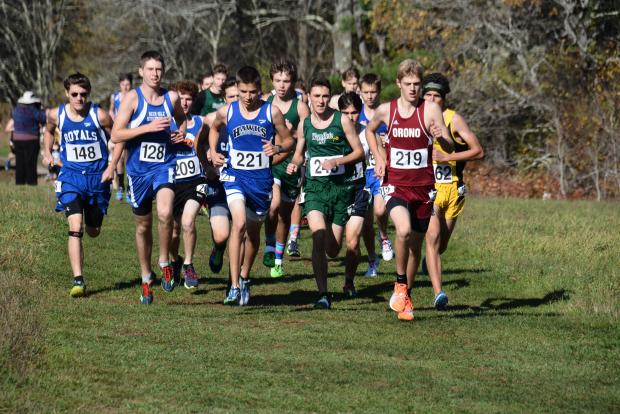 Leading the effort for the Red Riot was junior Jonathan Steelman with a 4th place finish at 17:22. Joining Steelman in the top ten were a pair of seniors, Matt Keresey, and Jonny Spencer at 9th and 10th. Other scorers for Orono were senior Sam Holt (15th) and Tucker Ellis (30th). 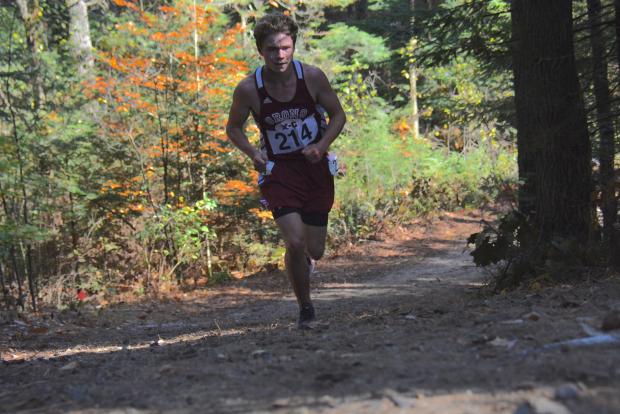 Among the six races on the day, the boys Class C race featured the most scoring displacement by runners near the front of the pack who qualified as individuals but whose teams did not qualify. While the Red Riot runners finished 4, 9, 10, 15 & 30, they scored at 2, 6, 7, 10, & 23.
One of those runners, Brendan Penfold of Deer Isle-Stonington led the chase for the individual title for much of the race and emerged from the pain cave still holding a four or five second lead over Henry Spritz of Waynflete. 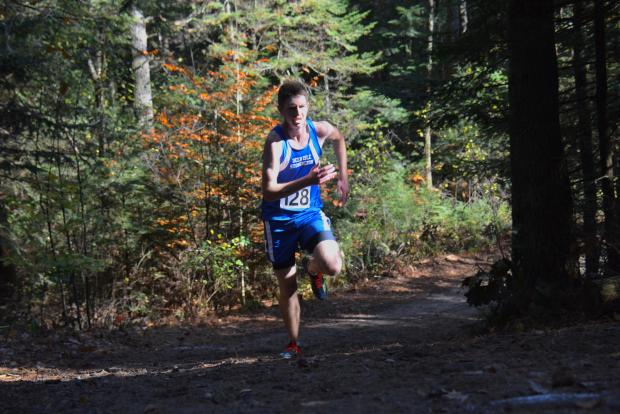 But Spritz would not be denied and used the final grassy 400 meters to catch and overtake Penfold and claim the individual title. Most of Sprtiz's seven second margin of victory came in the final 100 meters as Spritz looked to have even more in the tank.
The junior had also taken the Southern Regional title a week earlier on the same course. After the race Spritz noted his familiarity with the course had certainly helped him in overtaking Penfold and Sacopee's Troy Hendrick's in the final half-mile. Even so his finish today of 17:01:67 was forty-two seconds better than last week. 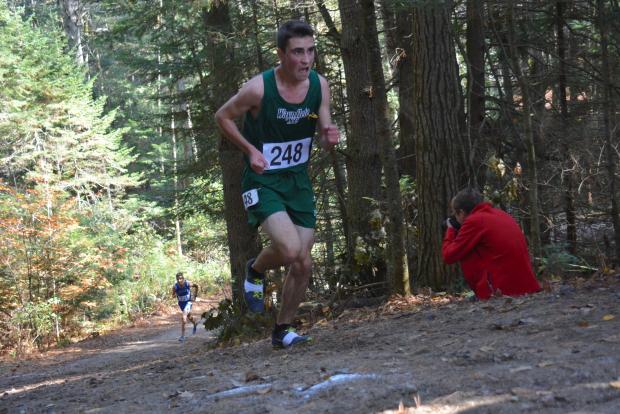 Henrdick's, runner up at the Southern Regional would finish the race in 3rd place. 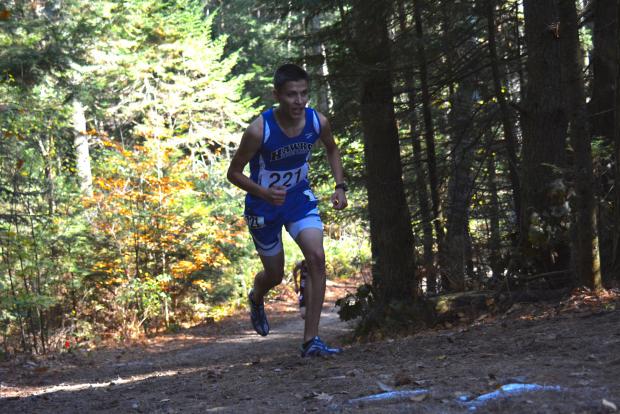