Two new teams moved to Class A for the 2017 Cross Country season. Greely, last year's Class B Champion, with returning junior Carolyn Todd who placed 4th in the State meet and 13th at New Englands last season, was to be expected to challenge the traditional powers of Class A.
But Camden Hills--based on last year's seventh place finish in Class B--finish wasn't in too many pre-season conversations. The question was, where would Greely fit in with Falmouth, or Bonny Eagle?
Grace Iltis, coming off a great first year was a known entity but questions remained about the rest of the team. Augusta Stockman, a junior, had done very well at two consecutive Festival of Champions meets, but, due to injury, had never run in a regional or state championship. Sophomore Miranda Dunton had only run one 5K as a freshman. The Windjammers leading runner from the previous season, Emma Trapani, had graduated. 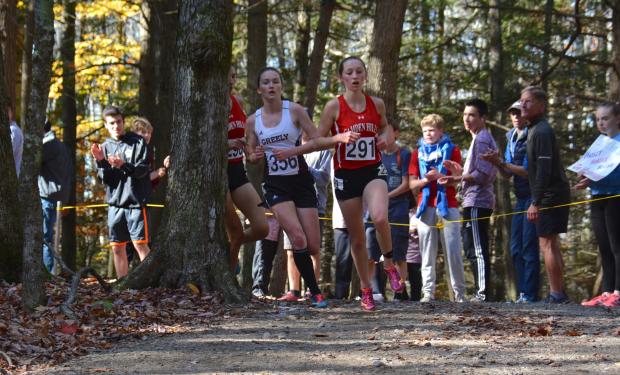 But by Festival of Champions on September 30th all these questions and been resolved. Iltis was winning with regularity, Augusta Stockman was healthy and putting up good numbers, Miranda Dunton had developed into a solid third runner often beating the top runners of other teams. The Windjammers were runners-up at FOC and were first among all the Maine teams. And it was clear that with senior Alli Wells and three freshman pressuring each other for the 4 and 5 spots that the Windjammers were prohibitive favorites in the KVAC and thus the Northern Regional meet. The Windjammers would also be among the top teams at the State meet. 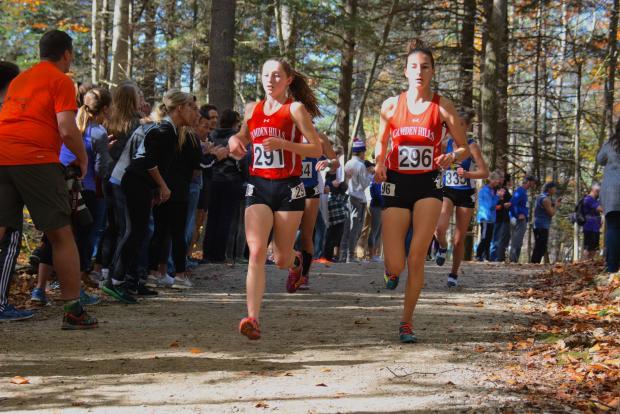 Once the gun had sounded however, all eyes were on Sofie Matson, the freshman from Falmouth who had won every varsity race she'd run this season. Matson didn't disappoint jumping to a healthy lead after the first quarter mile and inviting the field to try and keep pace with her. Mt. Ararat freshman Karlie Leighton tried for the first mile, putting about the same distance between herself and the pack as Matson had on Leighton, but the pace was unsustainable 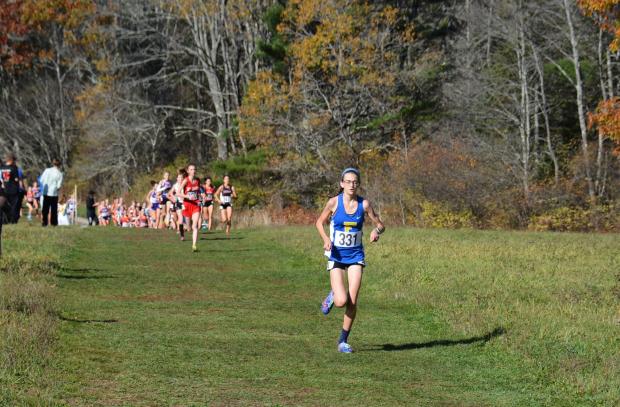 The rest of the pack, led by Greely's Carolyn Todd settled in after the mile marker.
As the pack of twenty or so of the best runners in class A begin to jockey for team position within the pack. Stockman and Iltis, in tandem together behind Carolyn Todd, overtook her on the Inner loop and stretched the lead a bit by the two mile marker. Falmouth's "other freshman" Karley Piers had joined forces with junior Malaika Pasch and Bonny Eagle's Ami Beaumier was nearly paired with fellow Scot Kayla Raymond. 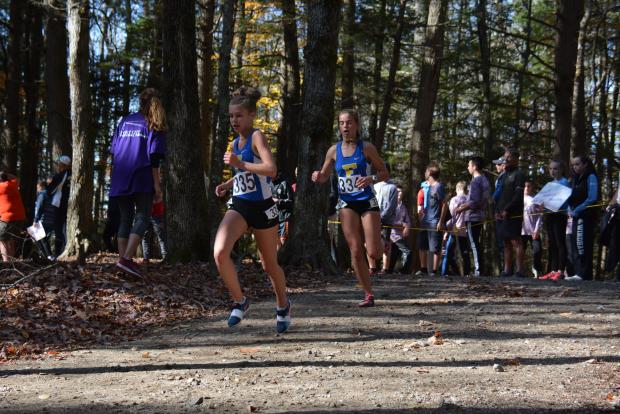 In the end, this tandem running proved effective as the three pairs, joined Matson and Todd in the top ten. 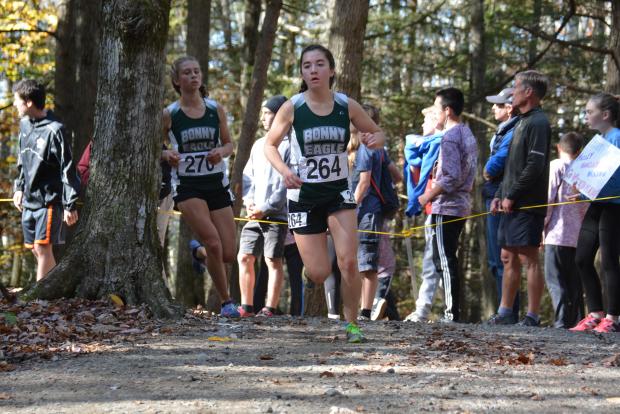 Matson finished first at 18:41. Stockman took 2nd at 19:18.28 with Grace Iltis just behind at 19:18.67. Next came Carolyn Todd of Greely. Falmouth's Pasch had moved up to take the 5th spot. Ami Beaumier (6th), and Kayla Raymond (8th) of Bonny Eagle, sandwiched Karley Piers (7th) which gave the Yachtsmen three runners in the top ten. Karlie Leighton (9th) of Mt. Ararat and Massabesic's Kylie Johnson (10th) rounded out the top ten. 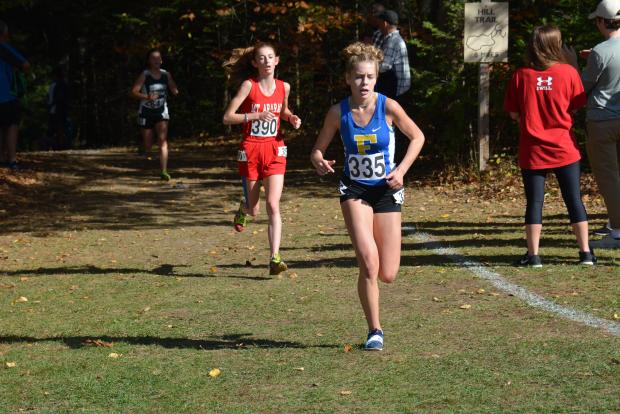 With Pasch healthy and three in the top ten Falmouth looked to contend but the depth of Camden Hills was overwhelming. With Miranda Dunton taking 14th, Claire Wyman 25th and Rose O'brien 42nd the Windjammers, once displacement was accounted for, scored just 73 points. Greely followed with 107, Falmouth came third with 131. Camden's sixth and seventh finishers, Alli Wells and Phoebe Root would each have scored for any of the other squads.