Marsella the 2011 New England XC Champion is now at the University of Virgina. Marsella is redshirting this fall for the Cavaliers

Rog also took his talents to the Univeristy of Virgina. Conor has had a trememdous freshman campaign running #4 for the Cavaliers. He most recently earned freshman of the year honors in the ACC, he was the top true freshman in the championship meet placing 18th, his time was 24:19 for 8k 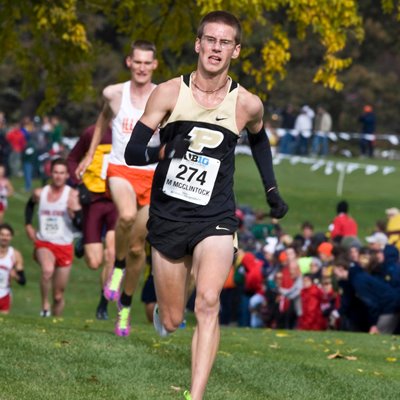 McClintock headed to Purdue University in the fall. Matt has been the top runner for the Boilermakers all season, he has led them in all 5 races he has run this fall. He earned Big 10 freshman of the year honors for his 8th place finish in the conference championship. McClintock's best 8k time on the season is a 24:04.

Warnick is now a Villanova Wildcat who is redshirting the xc season.

Lafond took his talents to Mount Olive College in NC. Dylan has stepped right in and had a positive impact at Mount Olive. He ran as the #1 runner for the Trojans at the D2 Southeast Regional. His 32:07 for 10k helped his team finish 2nd overall and more importantly a trip to the D2 National meet in Joplin, MI on Novermber 17th

Keating took her talents to nearby Providence College. Molly has made the team that will be competing in the Northeast Regional as a result of her 38th place finish at the Big East Conference Championship meet. Keating ran a 22:36 for 6k in the Big East meet, her best 6k time on the season is 21:58

Durgin is now running for the UCONN Huskies. Emily has a had a strong year for UCONN earning Big East athete of the week for the week of Oct 9th. Her top time for 6k this season is a 21:53

Mace like Durgin is running for UCONN. Abby has had a strong fall for the Huskies, she ran on the Big East runner-up team as she placed 54th overall running 23:08. Fiona is now running for D3 Haverford College in PA. At the Centennial Conference Championship, Hendry placed 14th overall covering the 6k course in 22:05. She was the #2 runner for Haverford who is currently ranked 14th in D3.

Ethier stayed in state and now runs for the University of Rhode Island. Paige ran as URI's #2 runner at the Atlantic 10 conference championship as she placed 41st running 18:56. She has won the A10 Conference rookie of the week 3 times on the season. Paige's top time for 6k on the season is a 22:19