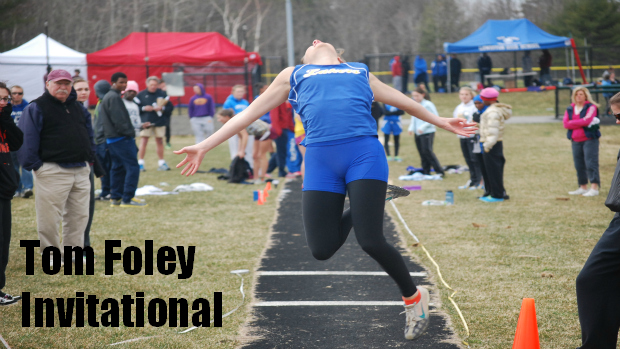 The Tom Foley Invitational was held on Tuesday at Falmouth HS. The meet featured over 600 athletes competing from around the state. Sprinter Kate Hall of Lake Region picked up where she left off during indoors with 3 outstanding performance, highlighted by a 12.52 100m. On the boys side EL's Lucas Bourget is serving notice to the rest of the distance runners in the state, he won the 1600m, 800m & 3200m. His 9:42 in 3200m was a personal best.

Video to come (check back later)