Lawrence girls win first ever title, while Edward Little boys make it 10 in a row!

The Lawrence girls won their first ever KVAC Class A title, as the Bulldogs scored 127 to outdistance Edward Little 104. On the boys side Edward Little made it 10 conference titles in a row as they fought on a valiant effort from Lawrence who finished just 4.5 points of the Red Eddies.

Edward Little also ran the fastest 4x100m relay in the state with a 50.87 clocking

Lindsey Folsom of Cony broke the league record in the pole vault with a personal best 11-7. 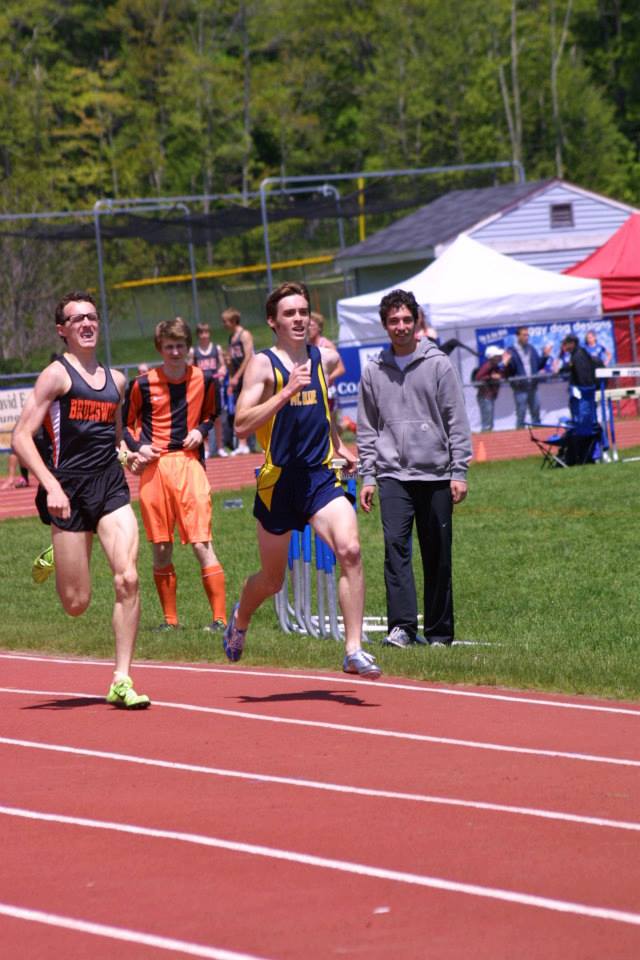 
In the throws Lawrence's Jeremy Frantz had a banner day, throwing a huge personal best 133-8 to win the discus, and then with a seasonal best 47-4 1/2 in the shot put. 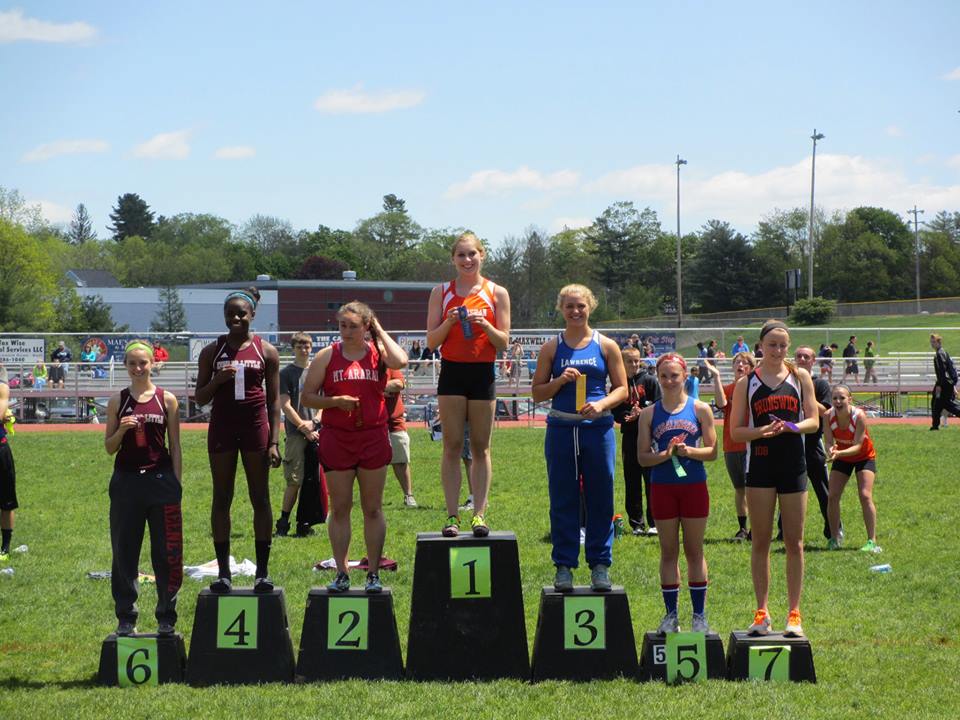 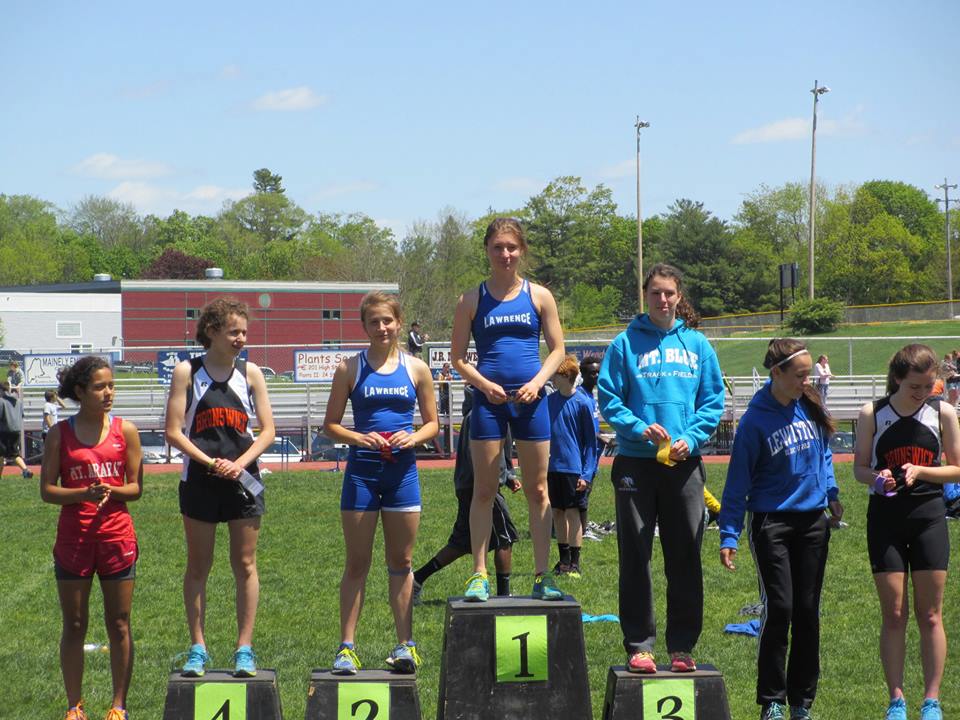 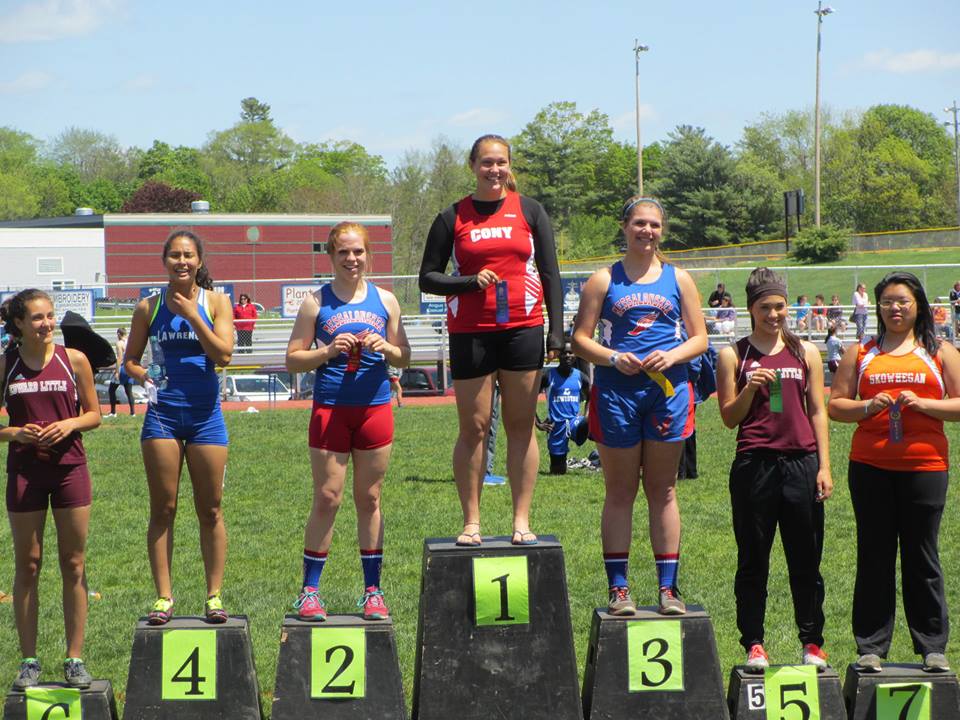 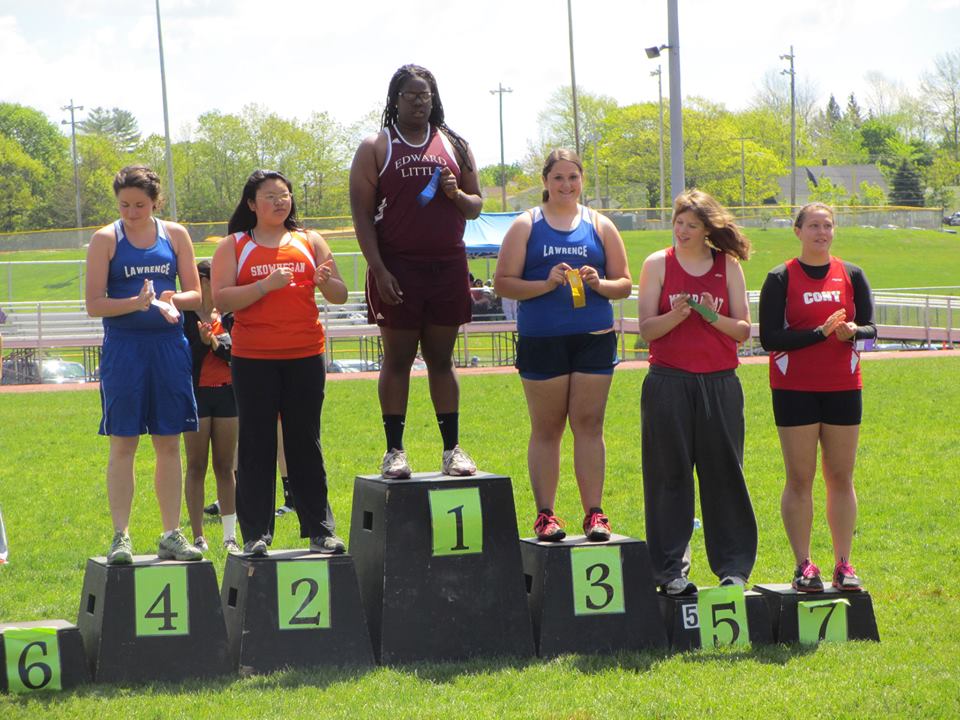 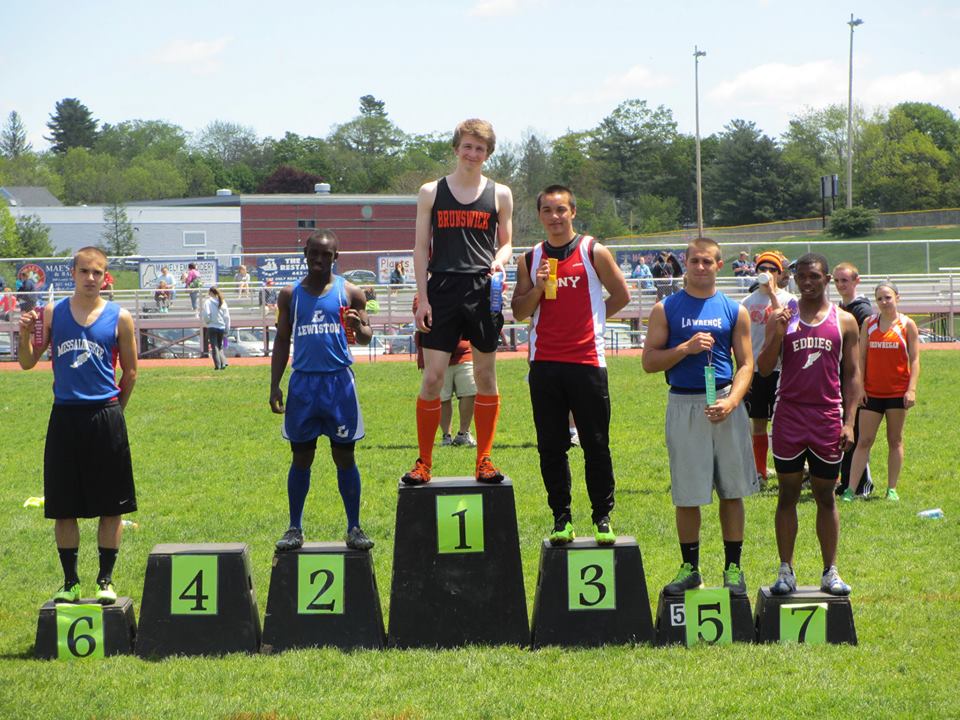 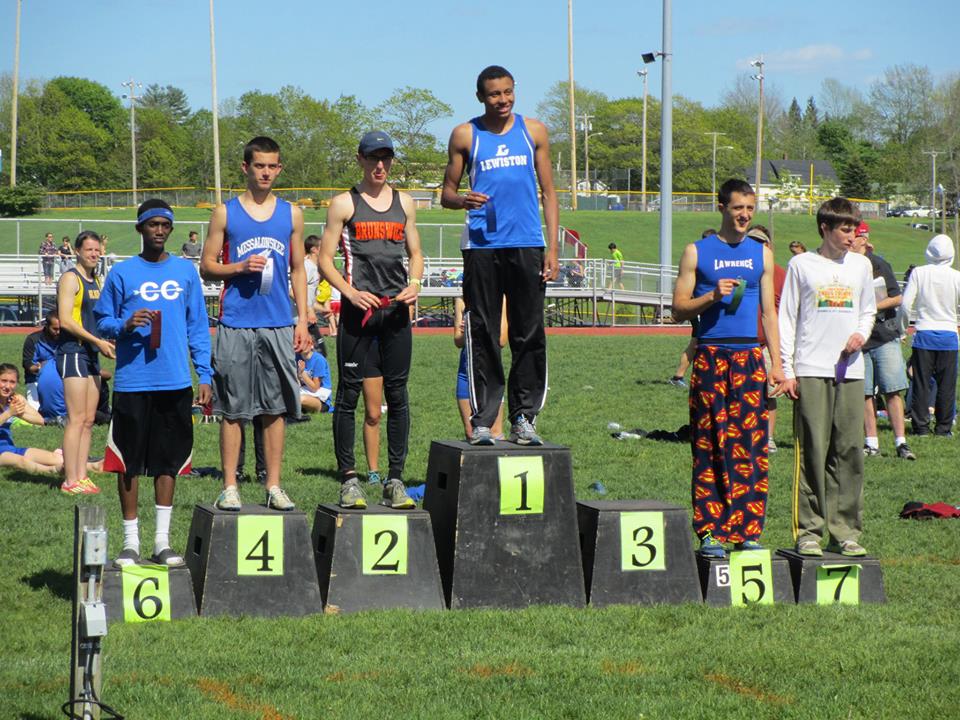 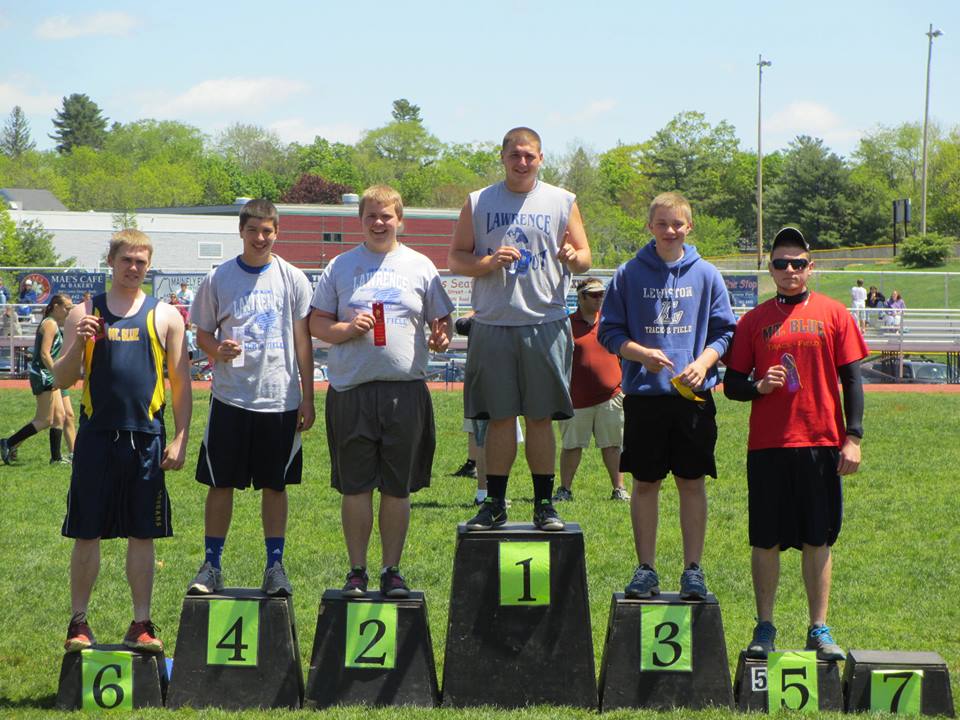 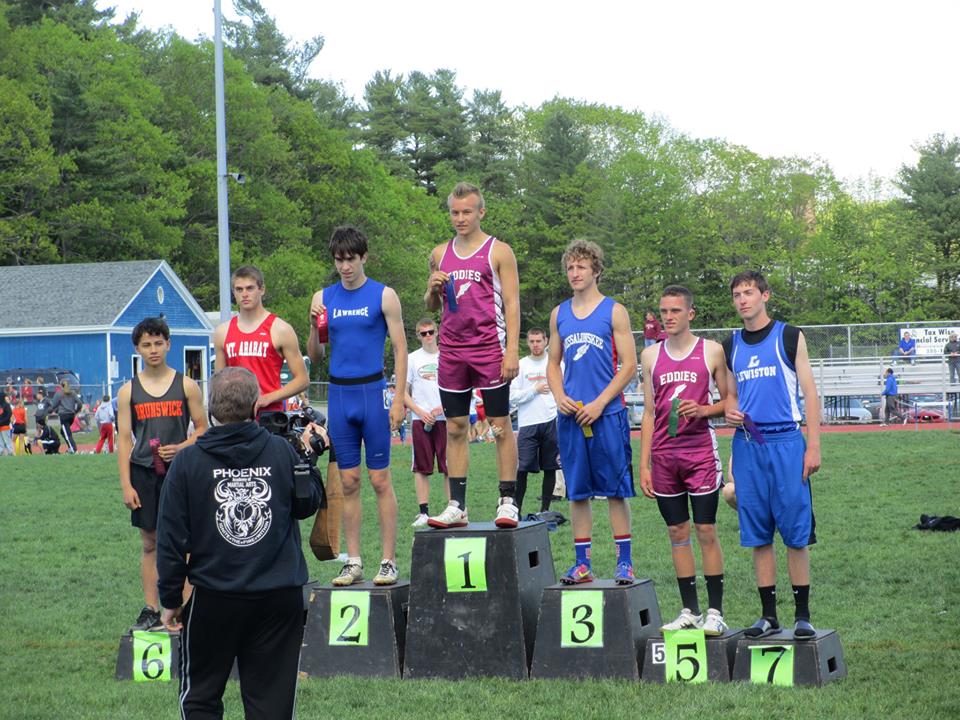