It is time for the WMC Championship! St Joesph's College will be the site for this 5k event which will serve as the final meet for these teams before the Regional Championship. Let’s preview the Div. 1 and 2 boys and girls contests


The Cape Elizabeth boys have been a force to be reckoned with all season long. Led by senior Liam Simpson, this team has dominated all of the varsity contests they have competed in. The statewide #2 Capers rested their top runners last week but performed well at FOC 2 weeks ago putting 3 boys under 17 minutes. If they can perform at the high level they have been performing at all year, then they could come away with a victory on Friday.

If they are going to get a challenge from anyone, Falmouth is the team to do it. Bryce Murdick and company have been improving all year long and had a great showing at FOC a few weeks ago. We will see if the Yachtsmen can give the Capers a run for their money.

On the individual side Liam Simpson and Will Shafer are the two front-runners coming into Friday. They were separated by 7 seconds at FOC when they last faced each other with Simpson getting the better of Shafer (16:00 and 16:07).

Bryce Murdick of Falmouth is another top runner to keep an eye on, he has a season best effort of 16:22. Cape's Peter Doane is another runner to watch, Doane is known for running well on tough courses, and is having another strong season.


On the Girls side Falmouth is probably the favorite coming in. The early word on the street is that Kirstin Sandreuter will be sitting for the Rangers which is a big blow to their championship chances. Falmouth on the other hand, had a fantastic showing at FOC where they were the 2nd place team overall to MDI.

Maddie Roberts led the charge with a sub 20 performance and could go for the individual win as well on Friday especially if Sandreuter is sidelined. Falmouth has been steadily improving with a young top 5 (runners 2-5 are FR and SO) and have become one of the top teams in Class A.

Cape Elizabeth is another team that has quietly started to put it together. They finished 4th in Belfast a few weeks back thanks to strong performances out of their number 1 and 2 runners, Rhoen Fiutak and Emma Shedd. If they are going to challenge Falmouth, they will need to have big days out of those two.

York senior Heather Evans is having a strong year, she's has 4 first place finishes this fall. Evans will contend for the individual title.

Don't sleep on Freeport as a team contender, the Falcons have quietly flown under the radar this fall. They have a tight pack of 50 seconds, which bodes well for them in a championship meet.


The Fryeburg boys have been putting together another solid season a year removed from losing the great Silas Eastman. Patrick Carty has put an outstanding campaign together and will lead the Raiders into Conferences Friday. The sophomore was the #4 runner for the Raiders a year ago, but has made a huge jump to #1 and could go for the individual title as well.

Yarmouths chances for a DII title will be dealt a serious blow with the loss of Becker and Decker who reportedly will not race.

NYA's Matt Malcolm has been solid all year, inlcuding a win over Carty at a regular season meet at NYA a month. Malcolm had one of his best races of the season last week at Merriconeag, where he ran 17:03.

Merriconeag will be a factor in the team race, they have quietly put together a very strong year to date. Leading the way has been Zach Neveu who will challenge for a top spot individually as well.


On the girls side the Yarmouth girls should be the favorite. The duo of Caitlin and Ellie Teare will lead a strong team into this contest and should be able to win the DII title easily. The Teare girls will try to give their team a solid start to their scoring, as they are ranked among the top 5 in DII.

On the individual side, NYA's Hannah Austin has had a tremendous season so far in 2013. Austin's best time of 19:27 puts her 1 minute in front of the field. In fact Austin will challenge for the overall win as well.

Others expected to be near the front of the pack are  Fryeburg’s Anna Lastra along with Caitlin and Ellie . Lastra has been impressive in her first season of XC after running to a few victories including one last week at Poland.

Sophia Canning of Waynflete is another name to watch, she made an impressive debut last week with a  20:27 clocking at Twinbrook, she leads an fast improving Flyers team. 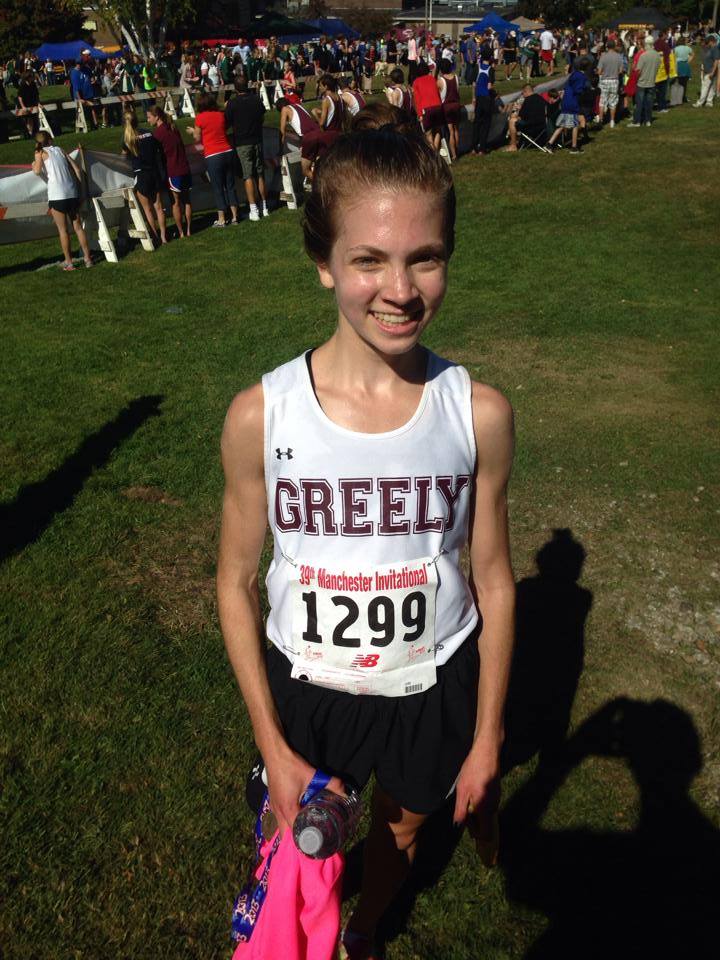 Greely's Kirstin Sandreuter is the defending conference championship, but might not compete due to an injury.

Falmouth is the favorite to win the D1 Girls title, expect a fight out of Freeport & Cape. 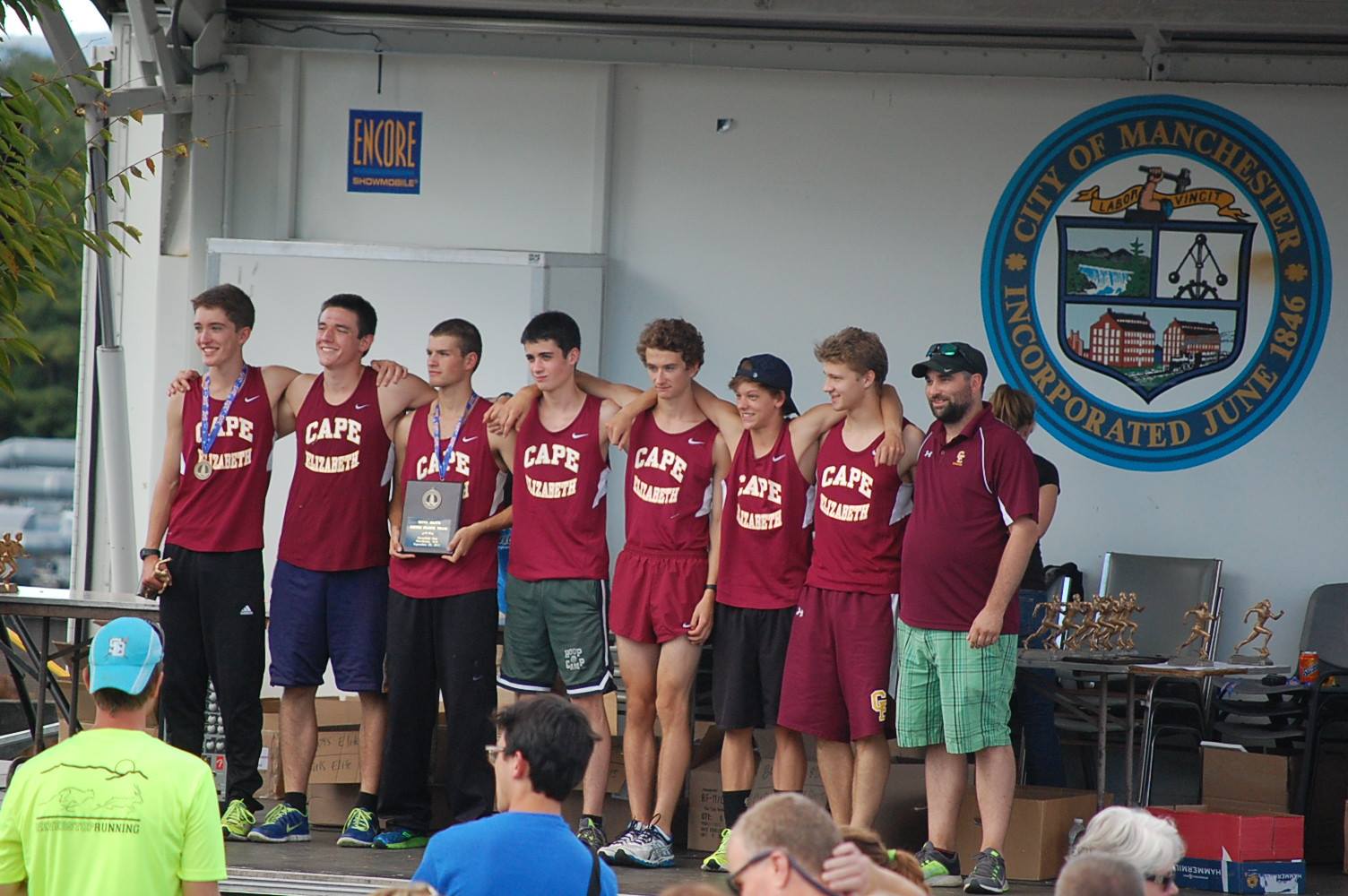 The Cape Elizabeth boys are #2 ranked in the state, and are the favorites to win the D1 title, Falmouth will be right there though

Hannah Austin of NYA has had a great junior year, she is the D2 individual title favorite, and will contend for the overll title as well

Ben Decker has only run 2 races this fall but has done very well, his soccer schedule should allow him to run this Friday

Fryeburg Academy is the favorite to win the boys D2 title, expect Yarmouth & Merriconeag to put up a fight