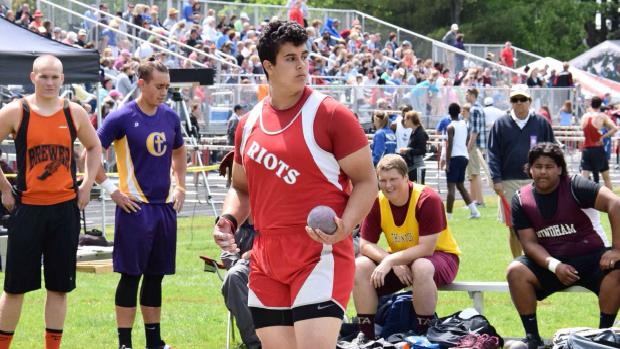 South Portland's Daniel Guiliani opened his 2016 season last week with a strong 65-5 effort in the shot put to win at the South Portland Vacation Invitational.

Never one to be satisfied with his results, Guiliani came away slightly disappointed with last week's results but gained confidence that even when he was off he could still throw far.

A week later he was back at it with the SMAA opener held in his home circle at South Portland High School on Wednesday afternoon. He wasted no time as he unleashed a new personal best 67-8 1/2 on his first throw, that mark shattered his year old 65-6 state all-time best mark.

"The big difference was just calming down, not trying so hard, and letting the technique do the work." Guilaini said of his approach in the circle on Wednesday. "I was very smooth across the circle today, and last week I rushed everything and just put a lot of unneeded pressure on myself."

The Iowa State bound senior has made it clear that his goal is to hit seventy feet this spring, and Wednesday was a step in the right direction. Guiliani was consistent having the best series of throws in his career, he followed the record breaking throw with efforts 66-10, 67-6 & 66-4.

The next mark up for him is the New England record of Jeff Chakouian (Seekonk, MA) who threw 67-10 3/4 back in 2000. Guiliani broke Chakouian's indoor New England this winter. 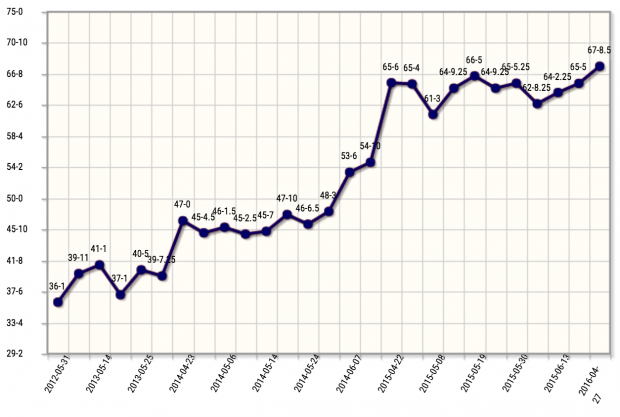