Jason Montano of Thornton Academy signs his NLI to DePaul University. Montano who won the New England & Class A indoor/outdoor shot put titles a year ago said that DePaul felt like home when he stepped on campus, "I instantly clicked with everyone and it had a TA feeling to it."

Maine's best female high jumper in state history signed her NLI to LSU to continue her academic and athletic career. Nyagoa Bayak of Westbrook, an All-American indoors/outdoors in 2018 said "I chose LSU because the environment was perfect for me, the people were awesome, LSU track and field is awesome I really liked all the coaches! Perfect fit I think!"

Cayden Spencer-Thompson of Mattanawcook Academy signed his NLI to Louisville to continue his jumping and academic excellence. Spencer-Thompson set indoor/outdoor state records a year ago, he won the New England title in both events outdoors.

Falmouth's Doug Cooke signed his NLI to Lehigh to continue his academic and athletic career. Cooke was the state runner-up in the Class A 400m dash last spring. 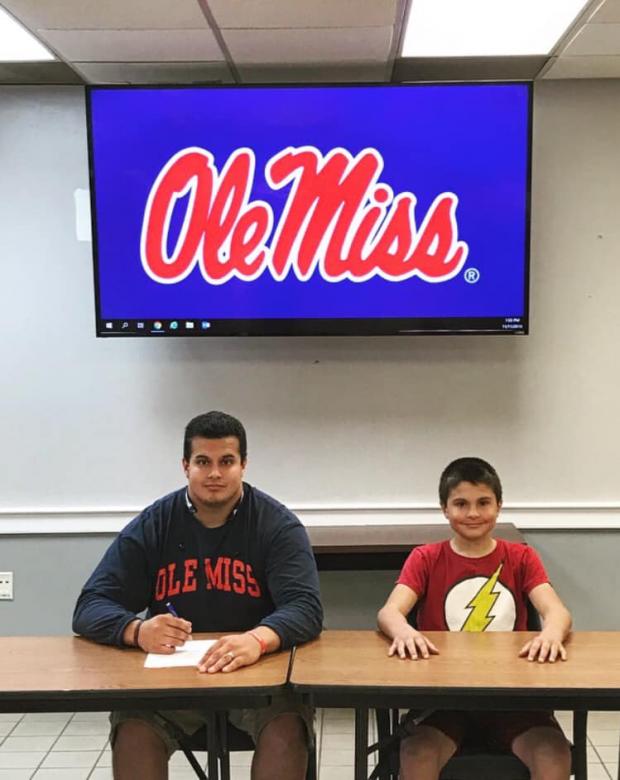