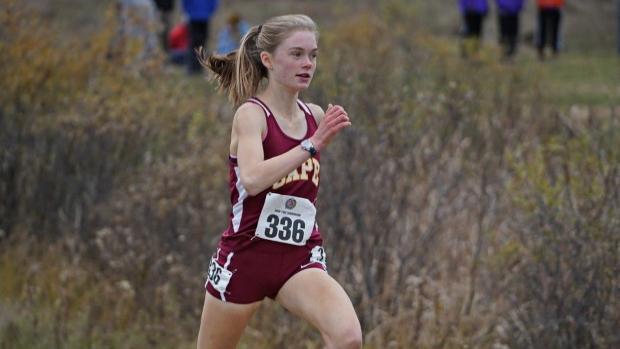 First of all, I want to give a huge congratulations to everyone who competed at Festivals this weekend. The atmosphere was amazing, and there were some outstanding times and performances in all of the races. On my team alone, 23 people ran PRs!

While the event itself was super fun, my own race was disappointing for me. Looking back, I can't pinpoint a single thing that went wrong - it was just the kind of day when your legs don't respond to your brain telling them to move faster. Those types of days are inevitable as a runner, but it's never fun to have them occur during one of the biggest meets of the year.

Getting over a bad race is never easy, but it always teaches me a lot about perseverance and why I even run in the first place. I don't love this sport despite the setbacks and disappointments, I love this sport because of the setbacks and disappointments. In the end, though, I just love running! I don't run to compete, or to win, or to set PRs - I run just to run. But that doesn't make it any less difficult to put a poor performance behind me.

On Sunday morning, I woke up feeling sore and restless, and decided to go out for a couple miles to shake out my legs. Three miles turned into 10, and I found myself lost in the steady rhythm of my sneakers on the pavement. Along with being one of the most stressful, nerve-inducing parts of life, running can also be the most calming and therapeutic. It's a sport that's humbling, exciting, relaxing, terrifying, and amazing. Whatever the day brings, though, whether it's the thrill of a PR, or the disappointment of a poor race, or a grueling interval workout, or an effortless long run, getting outside and simply putting one foot in front of the other is beyond rewarding. No one race will ever change my love of the sport and goals to push myself to better performances.

Again, congrats to everyone this weekend. Best of luck heading into the beginning of postseason!

Book Recommendation: One of my favorite running-related books is Joan Benoit Samuleson's autobiography, Running Tide. It's a bit on the older side, having been published in 1987, so it only shares the earlier years of Benoit Samuleson's career. However, it's so cool to read about her experience growing up in Cape Elizabeth and running in high school, college, and professionally. I recommend that all Maine runners read Running Tide.