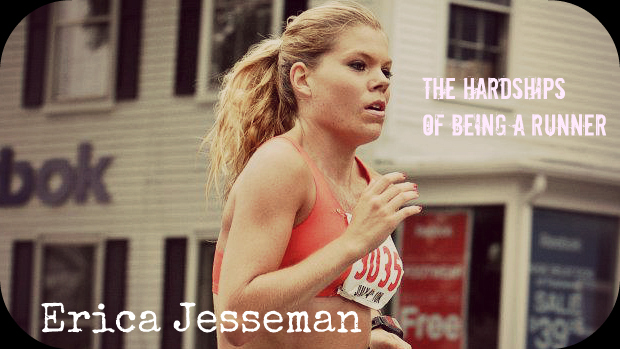 The hardships of being a runner

A special to MaineTrackXC by Erica Jesseman


Six weeks before one of the biggest races of my life occurred, the Olympic Trials Marathon in Houston I began to have sharp pains shooting down my Achilles. I knew it was not good when I was walking around and it was extremely painful. I went to the doctors and found out I had Achilles tendonitis and bursa sacks in my Achilles.  He seemed rather pessimistic when I mentioned I had a marathon in 6 weeks. I began  crying in his office and told him how much work had gone into this marathon. He said physical therapy and rest was about all I could do.  This is the hardest suggestion to hear right before a huge race. No athlete wants to hear rest.  I had put months of 80-100 mile weeks in since the Beach to Beacon and some of the hardest workouts I have ever done.  Athletes encounter this all the time. I began reading about several athletes who had encountered the same problem I did. I was still extremely mad and depressed. My personality began to become harder to deal with. The first question most athletes 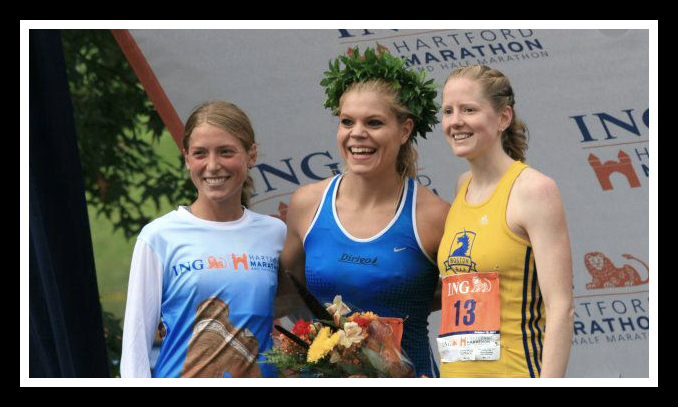 ask is why me?? I tried to be optimistic and tell myself I was going to make it to the trials. I did a lot of praying. I began doing a lot of aqua jogging and biking.  I went to physical therapy everyday for about 4 weeks.  I started to run again and thankfully was able to get a little running in before the trials and run in the trials. It was not my best time, but I only had one previous time before it and felt extremely blessed I was even able to be a part of it.


I took about 2 weeks off after the trials and my body felt pretty good. My Achilles seemed to be fine and my body felt ready to go again, so I thought. Being a young inexperienced runner sometimes mistakes are made. One of the biggest mistakes made is either not taking enough rest or doing too much. Hard work is all I have ever known when it comes to running. I know I am the runner I am today because of the amount of work I have put into this sport. This can be my biggest flaw. Sometimes all the body needs is rest. For me, my body was screaming a much needed rest and easy running. Instead I did the complete opposite. I began doing extremely intense speed workouts  and increasing my mileage way too soon. I began running track races and even 3 weeks post marathon I ran a mile race on the track. My dad kept telling me to take it easy and my stubborn personality told me differently. After numerous races and a lot of warning signs I ignored I ended up having another injury, plantar fasciitis and heel spurs. This creates a sharp pain every time your heel hit’s the pavement. Once again, I began to aqua jog and go to physical therapy. Only this time it lasted weeks and weeks turned into months. I went 2 month of not running and my next couple months barely running. I had never experienced months of being injured. All together 6 months of inconsistent training equaling a half year of the worse training I have ever done. I know what I did was wrong, but was still 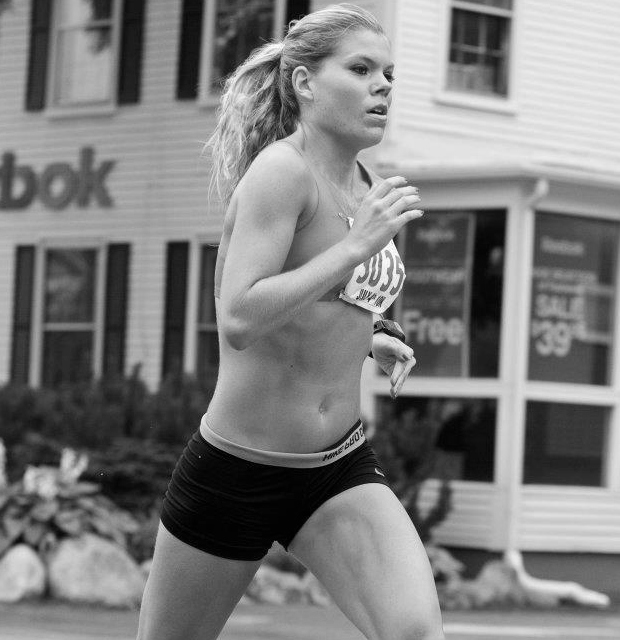 really angry.  I kept saying I wish I didn’t come back to soon.  I wish I didn’t do the track races, but it was too late for regrets. As an athlete work ethic can be the biggest downfall. Athletes know how hard they have to work to get where they are at.  They feel they have to work hard all the time to continue with their success. They ignore signs of fatigue and pains and figure this is just what being an athlete is all about. This is usually wrong.  There are times to work hard, but their also times to slow down.  As a young athlete you need to learn when your body needs to slowdown. This is one of the key components of going to the next level.


Another key component of success is learning that your going to get injured and your going to get tired, but its how you deal with this is what makes the difference between a good athlete and a  great athlete. When your injured, especially when you have been injured for months you can not give up. You have to believe and keep a positive attitude. Harder said then done, believe me I understand. During those months of injury my personality changed drastically. I would be good some days and then other days be depressed and angry. During the days I was depressed  I had to pray and believe that I was going to come back.  During those days my belief and prayer were the only two things that helped me through.  Those were the only two things that helped me when I went through down moments in my collegiate career as well. You will get through the hard times and will be on a high once again it just takes time. I am back running again. I am not at the level I was at months ago, but I am taking baby steps towards the right direction. I know I still have to be careful because I still feel it at times. I can’t run 80-100 miles a week and I can’t do extreme workouts, but I can run. I have gradually built my mileage back up to the 70’s and use races for workouts. I am young and have many years to run and my main goal is not now its my future. In a few years I would like to run a low 2:30 marathon and  a sub 1:14 half marathon. Right now that’s not going to happen, but in the future I believe it will. As young athletes, when you encounter hardship with your running sometimes you just need to tell yourself I am going to slowdown for right now so you can obtain your goals in the future.