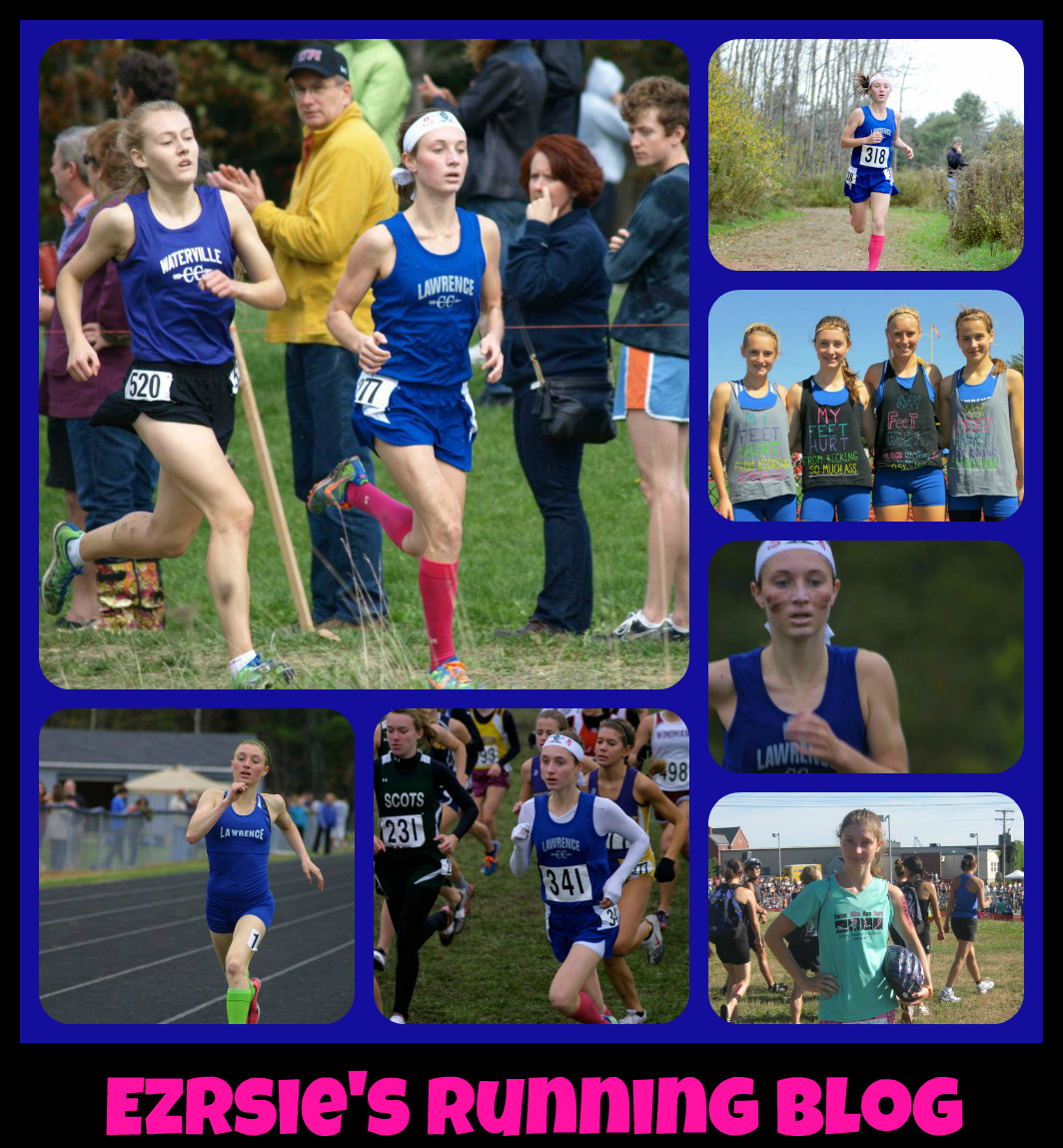 Erzsebet Nagy is a senior at Lawrence HS in Fairfield. Nagy ran xc for the first time last fall & ran at a high level, finishing as the runner-up. Nagy continued her strong running during the outdoor track season that saw her break the Maine All-time record for 800m with a 2:13.50 clocking. Erzsebet enters the 2012 xc season as the individual favorite. Follow her this summer to see what she is doing to prepare & what she does to have fun. 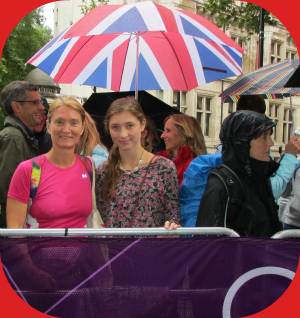 Olympians are inspiring. They train astonishingly hard for years, all for one moment. The dedication, the perseverance, the passion, the motivation! It is jaw dropping to think how intense each athlete has trained with the hopes of winning a medal. I just returned from London, where I was able to see the women’s Olympic marathon, which made me sure that I someday want to run that distance myself.

My mom and I walked down to Trafalgar Square an hour and a half before the race started, yet already the course was lined with people. We managed to find a good spot to watch but had to be authoritative in keeping it. When we left the apartment, the sun was shining with a few clouds in the sky. Now the sky was dark and heavy with clouds, imminent showers threatening to release at any moment. Sure enough, a good half hour before the start of the marathon, it poured. The Brits seemed well prepared with umbrellas and rain gear, but we were caught off guard. Good thing my mom had purchased a newspaper! She held our spot while sporting the soggy paper like a hat, while I took refuge under the awning of a nearby coffee shop. By the time I went back to join her, minutes before the start, we were both shivering and soaked. But there was no way we were going to miss the Olympic marathon!

I heard them before I saw them. Rather, I heard the crowd of people before I saw the runners. It was like doing the wave along the course, the speed being determined by the lead pack of runners. Our spot was close to the mile mark, at which point Italy’s Valeria Straneo was leading. Following her, an enormous pack of ultrathin, ultrafast women ran. The first mile split was under six minutes, no big deal. I cheered as they whooshed by, amazed by the speed. Once they had all run past, my mom and I decided to go back to the apartment to change out of our wet clothes and into some rain gear, so we pushed, weaved, 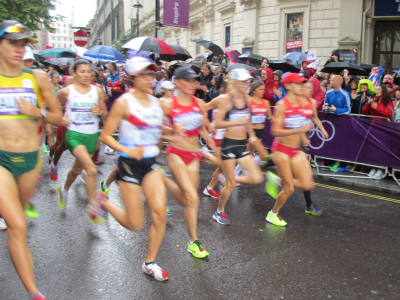 scrambled through the crowd that lined the course. Every single spot was jam-packed with spectators! Some had flags that they waved as their country ran by, others just whooped and hollered. The atmosphere was charged with excitement and encouragement for all the runners, no matter the country. Rather than a competition, this event seemed like a celebration with the world supporting these women in their quest.

When we returned, we squeezed into a spot near mile 22. Waiting with anticipation, I wondered when they would run by. A man had his 3G tablet out and was watching the live coverage, so I peered over as nonchalantly as I could to see if they were close. Then I heard the cheering and knew they were approaching. At this point, there was a pack of five African runners, running faster than my 5K pace. As the rest of the women followed, I could distinguish between those who were just hurting and those who were hurting too much. One runner’s knees were angled together as her lower legs kicked back outwards. Others had deathly facial expressions. They continued, however, and the crowd stuck around to encourage them. As one elderly English gentleman next to us said, the runners at the back needed the crowd’s support as much as the leaders.

We found out later that Ethiopia’s Tiki Gelana won the gold medal in 2:23:07, a new Olympic record. The last finisher was Ireland’s Caitriona Jennings about an hour later. Win or lose, every woman out there, and every woman who came before them, has inspired me and countless other girls to want to follow in their footsteps. And that’s what the Olympics are all about! 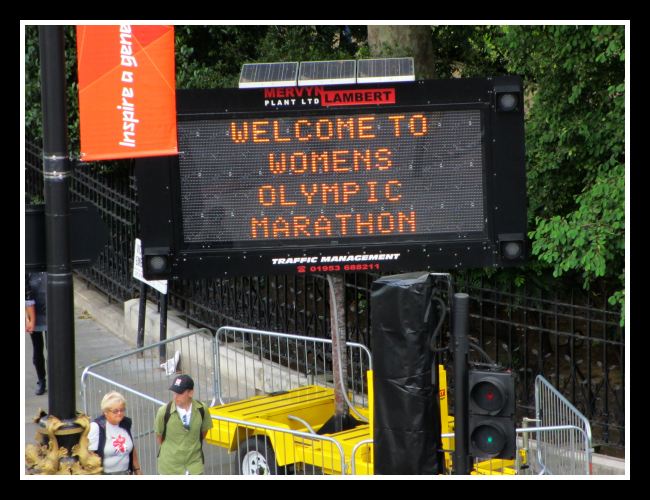