Throughout the spring there have been many noteworthy performances achieved by our track & field athletes..

During the next 10 days, MaineTrackXC will countdown what it considers the Top 10 Memorable Moments of the outdoor season. In order, we'll give you the performances that we felt stood out the most this spring. Keep in mind, this is our opinion. What do you consider the top best moments this season? We want to know. Just email us your choices (dveilleux@milesplit.us) or list them in the comment section below. After this series has been complete, we'll reveal what you, our readers, have listed as the best of the best. 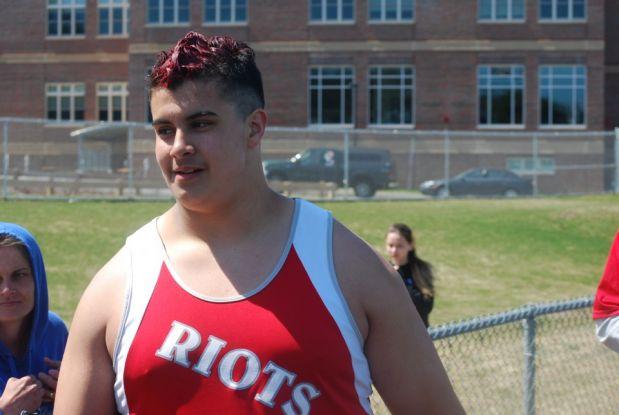 South Portland's Daniel Guiliani had a record breaking junior campaign, and those record started with the very first meet of the season as Guiliani threw 65-6 to win the Vacation Invitational in his home circle at South Portland HS. The mark surpassed the former Maine state all-time best of 60-6 1/4 of Thornton Academy's Dan Smith. It moved Dan to #2 in New England history.

Guiliani wasn't down though as he would re-break his own all-time best mark with a huge 66-5 throw at a SMAA regular season meet ay Windham on May 19th. The mark earned him 6th best throw in the country this spring. He has the 3rd best returning throw in the country for 2016.

Dan would go undefeated throughout the season, in dominating fashion as he broke SMAA, Class A, & New England records along the way.

Guiliani's Shot Put results from 2015, not one winning throw below 61', which is further than anyone else has ever thrown in the state of Maine.