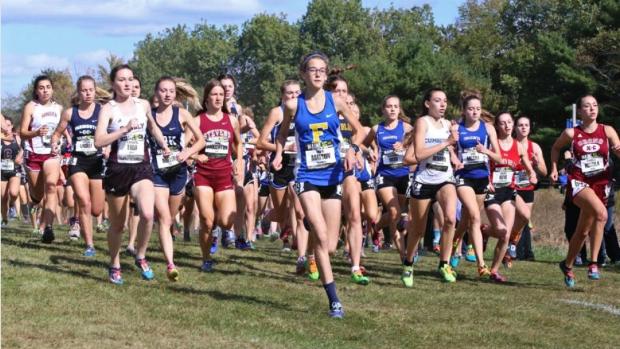 65 Maine schools and 9 out-of-state schools will make the trip to Belfast on Saturday to run in the 17th annual Festival of Champions at Troy Howard Middle School. Since its opening year in 2002, the meet has served as an opportunity for runners to compete against teams from all classes, as well as the chance to run a personal-best. The meet has grown from 169 finishers on the girls side in year one, to a record 749 in 2017. For the 2018 edition there are 730 females entered, they will be split across three different races, the unseeded, the freshman and the seeded.

Glastonbury from Connecticut took the girl's team title in 2017, while they won't be back there is plenty of  stiff competition from the top Maine teams, as well as a few out-of-state teams. Seven teams ranked in the most recent MileSplit50 Team Rankings are scheduled to compete including #1 Bonny Eagle, #2 Falmouth, and #3 Camden Hills who finished second a year ago.
Everyone will be chasing defending FOC champion Sofie Matson of Falmouth, who a year ago bypassed the freshman race and ran in the seeded race. She proved she belonged clocking 18:17.33 the fourth fastest time in meet history. Her time was also 19 seconds faster than second place Sophia Laukli of Yarmouth.
12 of the top 15 runners ranked in the MileSplit50 Girls' Watchlist are entered so there will be plenty of talent on display.  Let's take a look at the top teams and individuals. 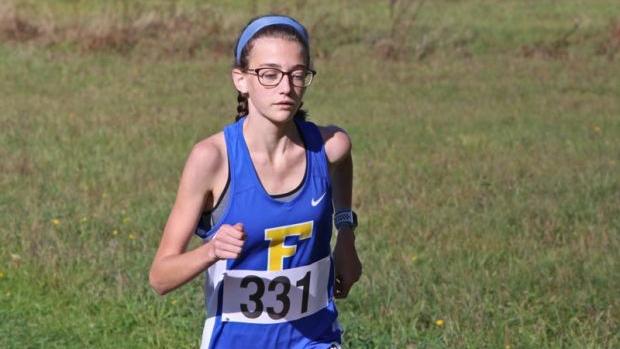 Matson has been the gold standard in Maine high school cross-country since her first high school race a year ago. She is undefeated against Maine female runners so far in her career. A year ago she won the Hoka Southern Maine Classic, Festival of Champions, Southern Maine Regional & Class A State Championship without much of a challenge. So far in 2018 she has continued her dominant ways, winning every race she has started including a repeat at the Hoka Southern Maine XC Classic where she ran the fastest time in the state this fall, 18:15.50. She'll have the target on her back Saturday as she looks to move up the all-time meet performance list.

Tugman has been one of the most improved harriers this fall, and currently ranks MileSplit50 #2. So far in 2018 she is undefeated taking wins at the SMAA Relays, then winning the junior/senior race at Hoka Southern Maine XC Classic. She ran just 2.5 seconds behind Matson's time with her personal best 18:18. Last time out she won easily at Biddeford clocking 19:28 on a difficult course. She'll be aiming to run with Matson on Saturday, and based on her success so far should be right in the mix. 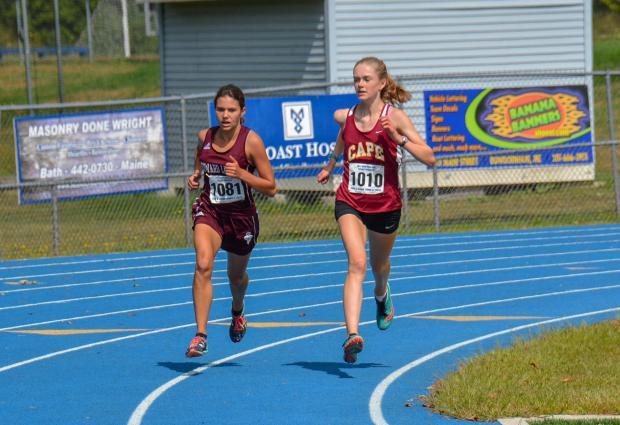 Edward Little senior Jillian Richardson has had an excellent start to her final season. Richardson opened at the Laliberte Invitational where she took second to Kate Tugman. Since then everytime out it's been a "W" for Richardson who has a new coach this fall in Keith Weatherbie. Richardson scored a win at the Quabacook Relays over MileSplit50 #6 Lila Gaudrault using a late race kick. Lats time out was perhaps here best run of the season as she clocked the third best time in Cony course history covering the tough 5k in 19:37.97. If that performance was any indication she'll be ready to race the big guns. 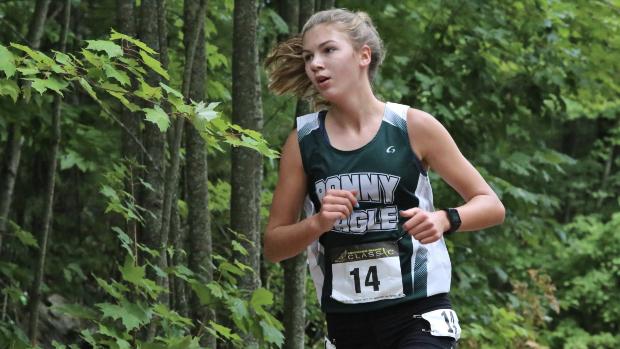 Hesler has hit the trails running in her freshman campaign as expected from her success in middle school. The freshman showed the real talent that she is when she ran 18:39.50 to finish second to Matson in the freshman/sophomore race at Hoka Southern Maine XC Classic. She is coming off another strong performance last weekend at the Manchester Invitational where she finished 16th in the Large School race clocking a Maine best 19:28. Hesler will have company in the freshman race from Ava Thurston of Harwood, VT who ran 19:25 at Manchester Invitational in the small school race. 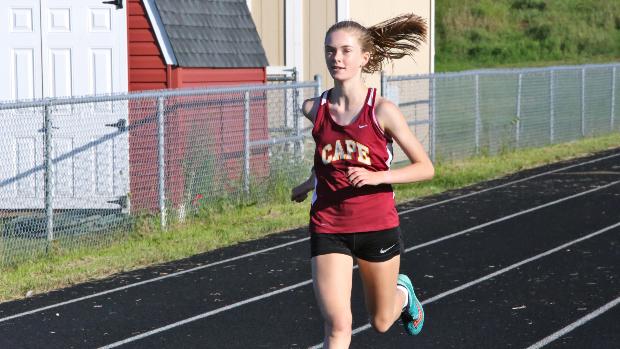 Gaudrault was one of the top freshman in the state a year ago, she would finish third in the Class B State meet & then 63rd in the New Englands. Lila has picked up where she left off a year ago, opening with a course record at the Paul Brogan Invitational (16:37.30). She had an epic battle with Jillian Richardson at Quabacook relays finishing second. The last two times out she was won in WMC action. She hasn't been on a fast 5k course all year so it's hard to gauge where she really is but running right behind Richardson is a good indication she's ready to run faster than a year ago at FOC. 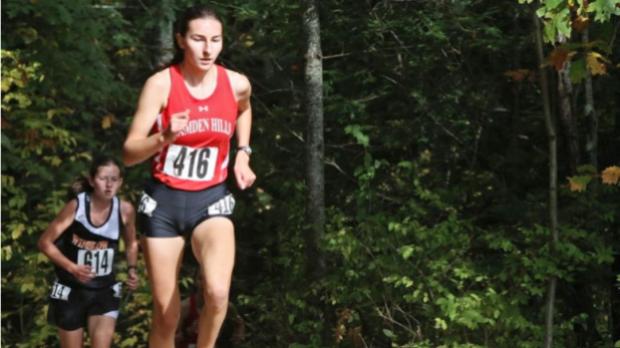 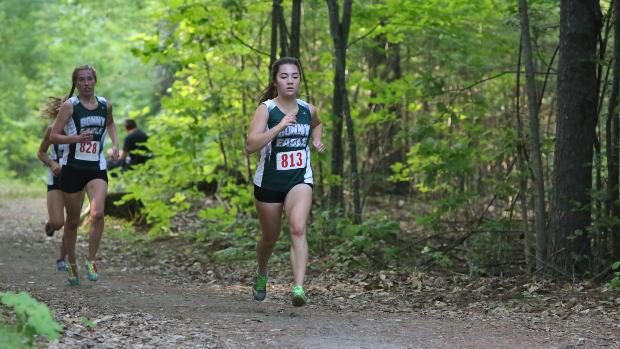 Beaumier has opened her senior year in impressive fashion clocking personal bests at three miles (19:47) & 5k (18:45). Beaumier clocked 18:45 at the Hoka Southern Maine Classic as she led her team to victory with her 3rd place performance in the junior/senior race. Last weekend she ran to a 23rd place effort at the Manchester Invitational (19:52). A year ago Ami placed 6th at FOC, and will be looking to improve her mark on Saturday.

Piers is coming into her own heading into FOC as she clocked her fastest time of the season 19:11 at Bonny Eagle last Friday. A year ago Karley took the freshman race victory as she slipped under the 19 minute barrier with her personal best 18:57.76. Look for Piers to continue her upward trend on Saturday.

After missing FOC a year ago Malaika Pasch is back looking for the success she had as a sophomore. Two years ago she ran 18:36.49 on the trails at Troy Howard Middle School to nab runner-up honors. Now healthy Pasch had started out 2018 on a good note clocking a seasonal best 19:17.10 at the Hoka Southern Maine XC Classic three weeks ago. Last time out she ran a strong 19:38 at Bonny Eagle. 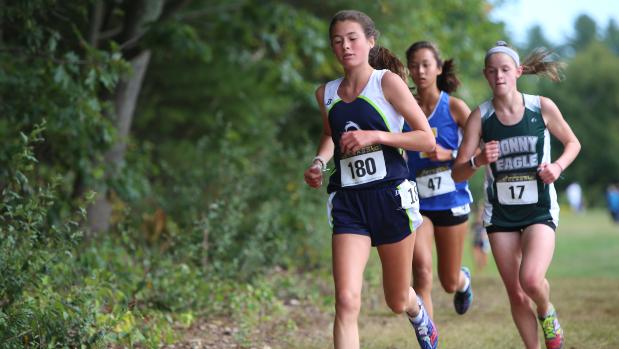 Reynolds showed she is great fitness with her huge personal best 19:11 at the Hoka SouthernMaine XC Classic where she finished third in the freshman/sophomore race. As a freshman she ran 20:53 in the same race before going on to run 19:50 at FOC, and then win the Class C state title. If her early season performance was any indication Reynolds should be chasing that sub 19 performance on Saturday.

A former soccer player who has converted from the pitch to the trails, Wentworth has been outstanding this fall. She clocked a 19:37.20 at Southern Maine XC Classic three weeks ago to vault herself into the MileSplit50 rankings. She followed that performance up with a victory at Smiling Hill two weeks ago. Liz is somewhat an unknown but if her first big meet was any indication she's ready to run fast. 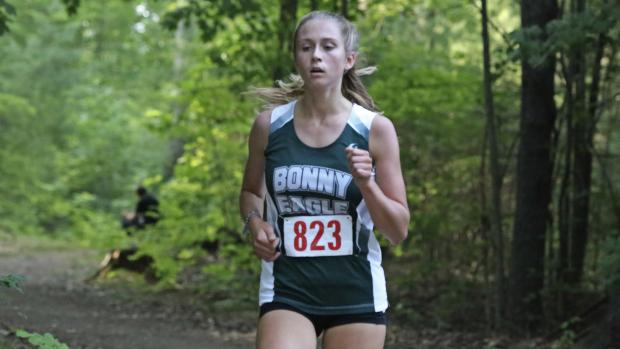 Raymond has had a solid start to the 2018 season. She clocked 19:43.20 for 5k at the Southern Maine XC Classic to finish 12th fastest overall. Last week she helped her Scots team to a 6th place finish at the Manchester Invitational where she finished 68th in the Large school race running 20:59. A year ago she ran her personal best at FOC 19:12.18 look for her to chase that on Saturday.