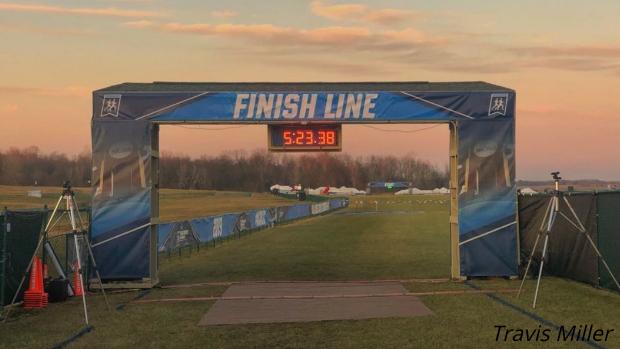 D1 - NC State senior Hannah Steelman (Orono HS) will compete in the NCAA Championship for the fourth time. She is one of the top runners for the top ranked Wolfpack woman. Hannah didn't run in the regional championship meet but is expected to be in the line-up in Tallahassee on Saturday. In March at the 2020 XC Nationals which were moved to due to the COVID19 pandemic, Steelman led NC State with a fifth place All-American finish to a runner-up team finish. Hannah will be shooting for her third xc All-American honors, in 2019 she placed 23rd while running for Wofford University.

D3 - Several Maine athletes will be competing in the D3 National meet in Louisville, Kentucky.

On the men's side the Colby and Bates team received at-large bids, while Bowdoin will send two individuals John Hood and Andrew Meredith.

Colby features Gordon Doore (Bangor HS) who was the Mules fifth runner at regionals, he finished 24th in 26:35.4.

WPI senior Ben Steeves (Bonny Eagle HS) will compete in the meet as the Engineers qualified as a team. Steeves was the top finisher for WPI in 20th with his 26:28.6 for 8k. Another Engineer Jarrett Gulden (Lincoln Academy) was the fifth runner for WPI in 50th place.

The women will be well represented, Bates earned an at-large team selection. The Bobcats placed third in the regional meet and where led by Jillian Richardson (Edward Little HS) who placed fourth with a 22:34.3 effort for 6k. Olivia Reynolds (Maine Coast Waldorf) finished 16th overall for Bates with her 23:40.2 effort.

Tufts University junior Anna Slager (Gorham HS) will compete for the Jumbos who were the top ranked in the East region earning an automatic bid. Slager was third in the regional meet with her 22:17.3 effort.

D2 - Cedarville senior Bethany Sholl (Scarborough HS) was the second runner across the line for the Yellow Jackets in 20th place to help them qualify for the national meet as a team. Sholl clocked 21:36.1 for 6k in the Midwest regional. The Cedarville men's team qualified as well with senior Caleb Pendleton (Bonny Eagle HS) finishing third for them at regionals. Pendleton ran 32:00 for 10k to finish 48th.

Stonehill College freshman Jace Hollenbach (Mt. Ararat HS) was the sixth runner across the line for the Skyhawks who qualified for the national meet as a team. Hollenbach ran 33:44 for 10k to place 40th overall in the East regional.