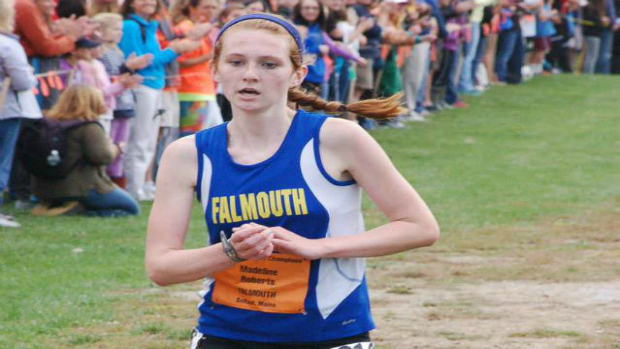 I will never forget my 3,200m race at the 2013 Class B State championships. It was blisteringly hot, so hot that umbrellas dotted the infield, shielding athletes as they stretched before their races. As the race began I fell into a normal rhythm; I stayed in the place that I was seeded at, behind the athletes that normally beat me. The race continued, places shuffled, a few girls dropped out and I found myself in third place. Never in a million years had I ever thought that I would place in the top three at a state track meet. So, I swore to myself that I would keep my place no matter what. With 300m in the race to go I was passed by my teammate Vishva Nalamalapu. I honestly don’t know what happened, but all of a sudden I found myself sprinting as hard as I could, passing her, finishing with a personal record, and in third place. This race showed me that I am a lot more competitive than I had believed myself to be (a trait that I’m still not sure is good or bad), and that despite hot weather and personal doubt, I can still have an amazing race. 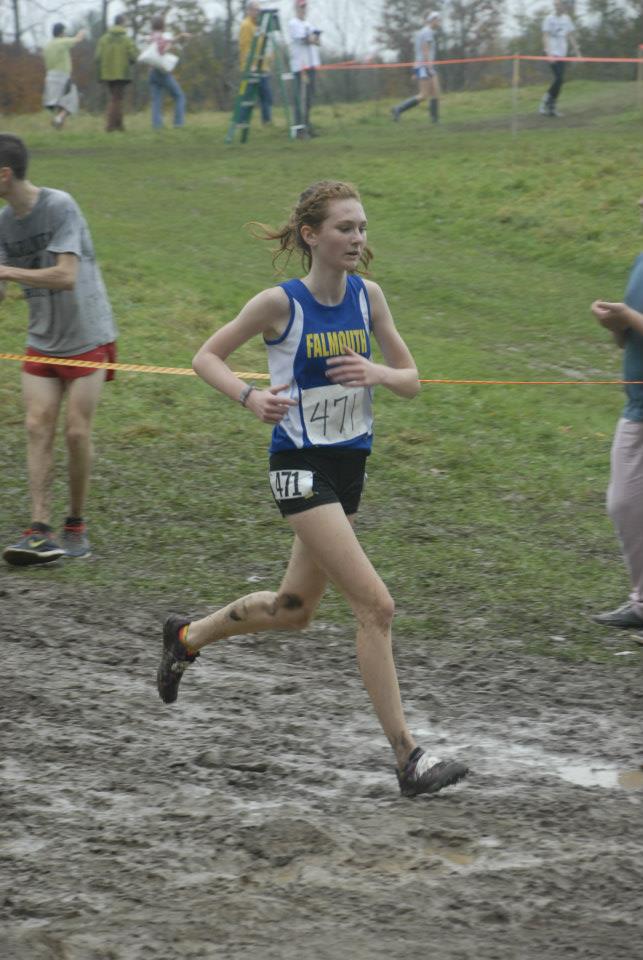 Surprisingly enough, my biggest competition came from within my own team. As I mentioned earlier, Vishva was always able to push me past what I thought I could do. During cross-country, indoor, and outdoor track, whenever she passed me she would yell encouraging words, no matter how tired she was from the race. She always told me to do my best, and to be aggressive, a trait that neither of us was particularly good at. Without her I would not have been able to have such an amazing race in 2013.

Now, all that being said, Vishva was only competition for me for the past two years. Heather Evans from York and Hannah Austin from NYA have also been big competition for me during my four years of running. Those two girls have been putting up with my pre-race jitters and post-race weirdness for the past four years. They’ve inspired me to be great and to try my hardest, no matter what I think the outcome will be.

Out of all of your high school accomplishments, which stands out the most?

As a freshman I was very unsure of whether or not I wanted to do sports in high school. With constant nagging from my parents, I joined cross-country, albeit very reluctantly. The sport gave me the opportunity to make friends with upperclassmen (something I was terrified of at that point in my life), and to push myself physically and mentally. As a senior looking back I’m glad that I chose to do that season of cross-country, because now I have completed my 12th season of running overall.  I can easily say that my greatest accomplishment has been the fact that I was able to participate in twelve amazing seasons of racing, balance schoolwork, work in a part time job, and be successful in all three things.

I would cut out all of the negative thoughts that I had before my races. I like to think that running, especially distance running, is 25% physical and 75% mental. Before almost every race I would work myself into a nervous wreck by overthinking about every possible way that my race could go wrong. Instead of focusing on all of the amazing things that I could accomplish, I dug myself deeper and deeper into a pit of negativity. If I had spent all of my time thinking positively instead of negatively, I think I could’ve seen even bigger improvements in my races.

Like I said above, I always thought very negative thoughts before many of my races. I had to force myself to visualize a positive outcome, or just think about something entirely different so that I would not work myself up over nothing. If I were seeded behind someone who normally beat me by only a few seconds, I would tell myself that it was just impossible to beat her; no matter how hard I tried. Working through my negativity and believing in myself has always proved harder than the races themselves.

I will dearly miss my teammates. I would look forward to practice every day because I knew that I would be spending at least an hour with some of my closest friends. Running on the cross-country and track teams has given me the opportunity to meet and become close to people that I would have never met otherwise. My teammates are supportive, funny, kind, and all around great people. I don’t think I will ever find a team as sympathetic, reassuring, and understanding as my old team.

Cut the negativity! Remember that you are a superb athlete, and can go out and have an amazing race no matter what the odds are. Nobody has set higher standards than you have for yourself so just go out there and have fun.

My coaches have had an amazing influence on my self-confidence and the way that I think about myself. No matter what, I always knew that they believed in me, even if I didn’t believe in myself. Without their support and guidance I would never have even come close to the athlete that I am today. They have given me the drive to succeed not only in running but also in my future studies. Now I know that if I put my mind to something I can flourish, be it academic or athletic. So thank you very much Mr. Paul and Jorma for helping me to become the person I am today.

Next year I plan on attending McGill University in Montreal, Quebec. I have not yet decided whether or not I will run competitively for them, although I will probably miss running and end up joining a team anyway. I plan to eventually attend medical school.