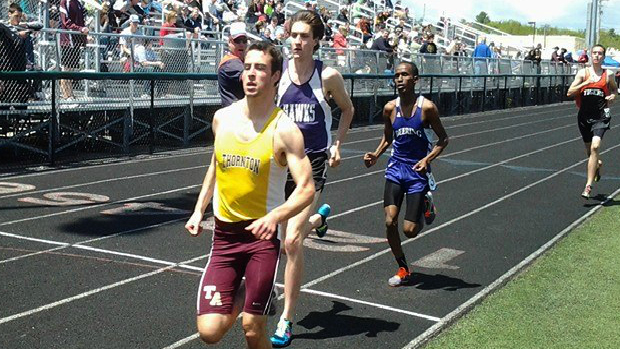 
Definitely the 3200 meter run at states for outdoor track this year. I knew that there was potential for this to be my last ever race in my high school career, so I went out and attacked it. The race went just as I had hoped it would, but I got outkicked in the last 50 meters. I wanted to win a state title, but I was happy knowing that I had left it all on the track. Plus it’s hard to be upset when you run a huge PR! 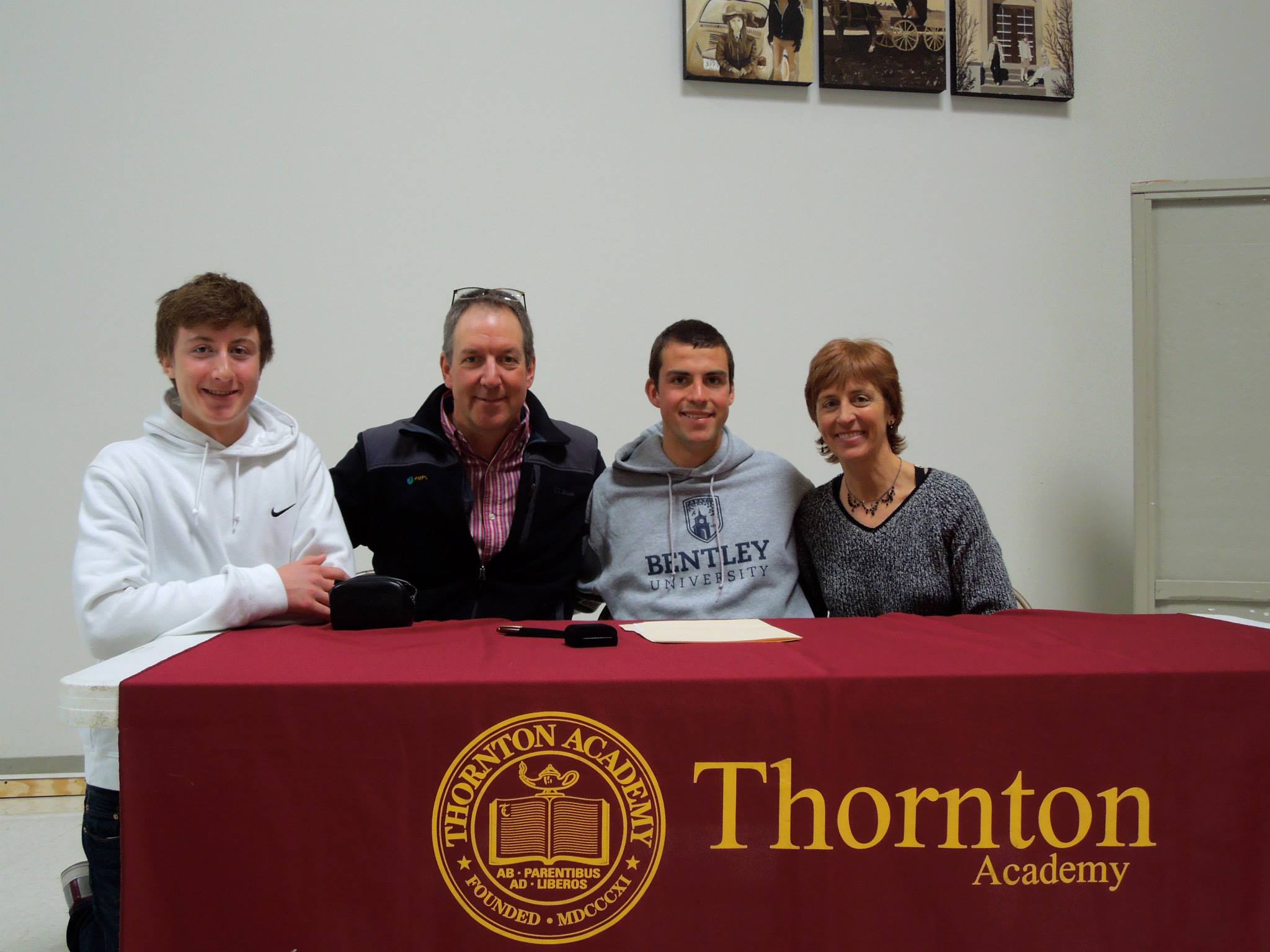 My biggest competition probably came from within myself. I have a habit of psyching myself out before a big race. I’ve learned though that I need to have confidence in myself and my abilities because I’ve put in the work. As I grew older I found this to be less of an issue and saw that I raced much better as well! For individuals, I loved competing against Jack Letellier of Marshwood or Yahya Hussein of Deering. It was always bound to be a good race when I stepped up to the line with either of them!


My greatest individual accomplishment would have to be winning a regional XC title during my senior year. Being my first year of XC, I never imagined that I would be able to do such a thing. I found out later that I was only the third individual from Thornton Academy to win a regional XC title during the school’s over 200 years in existence, so that was pretty cool!


I would have switched over from soccer to XC during my junior year. I felt that I had a lot of success during my first year of XC as a senior, but I lacked the experience when it came time for the big championship meets and that cost me some in my races.  XC is also far different from track. I think having an extra year of it under my belt would’ve made all the difference. Also, I wish I hadn’t taken running more seriously sooner. It wasn’t until the end of my junior year that I really became invested in my training. I can’t help but wonder where I could be if I had done that sooner.


Knock on wood, I did not have to deal with the extremely painful overuse injuries that most runners have to deal with. However the mental aspect of running competitively definitely impacted me. I found that I would lack the confidence I needed going into races and that would hurt my performance. With the help of my coach, parents, and teammates, I was able to become more confident in my abilities and would just go into a race looking to have fun. Sure enough, that’s when I would race my best!


My coaches, teammates, and supporters for sure! My coaches helped me tremendously and I will miss their guidance when I head off to school next year. My teammates are who I consider to be my best friends. Our group of distance runners in particular was very close this year. Whenever we had what seemed to be an impossible workout, it was nice to know that we were all suffering through it together. Whether it was going on a late-night outing after a meet or a team pasta party, I’m going to miss these guys a ton next year. The support I received from family and friends at meets was amazing and I hope that they will be able to make it down to see some of my meets next year!


Give it your all and live with no regrets! You don’t want to be second-guessing yourself after every race, so go out there and give it your all. Make the most of every practice and be 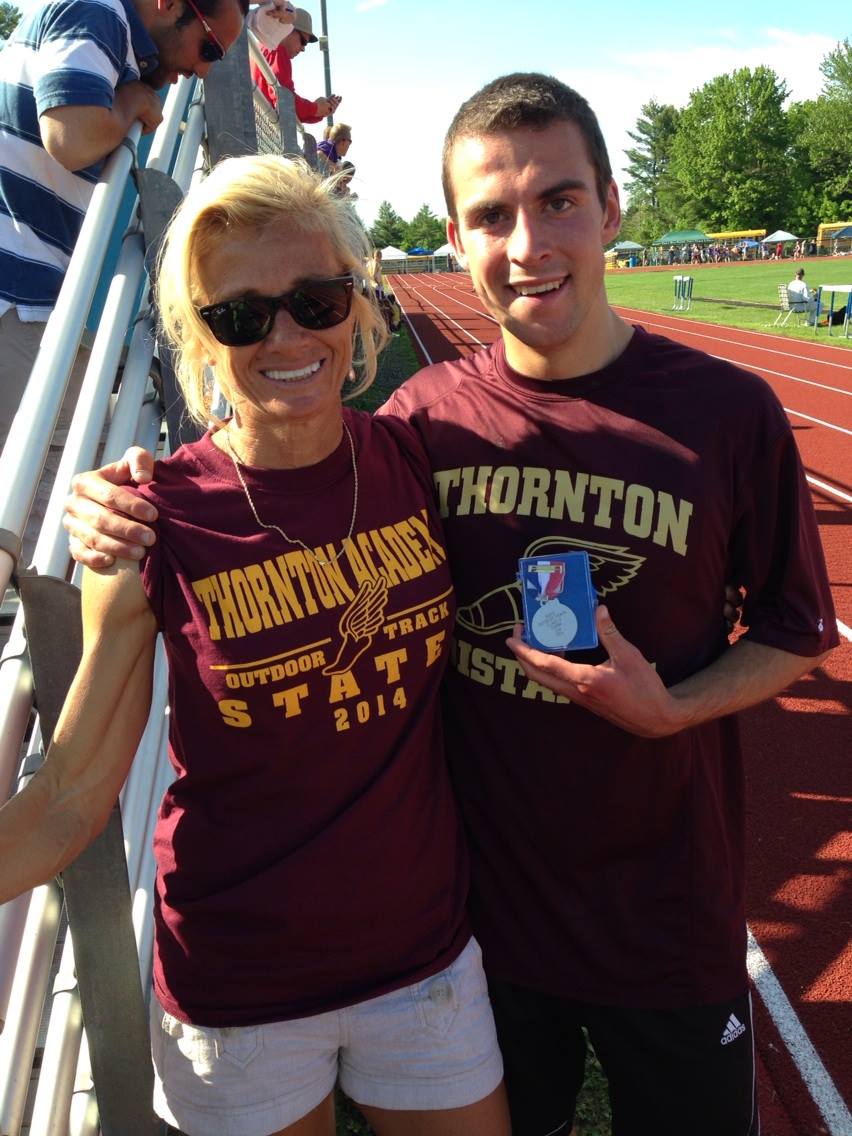 dedicated to your training. It will pay off in the long run (no pun intended), trust me!! Most importantly though, have fun. Athletes out way too much pressure on themselves when all they need to do is take a step back and enjoy it. Make the most of it because before you know it you’re going to have no more high school practices to go to and you’re going to be like me, getting ready to move on to that next stage in life.


My coach has had a huge influence on my performance as a runner and character overall. When Coach Reaser joined the program 3 years ago, I hated running and just did it to stay in shape for soccer. If she had told me that I would be in contention for a state title and would be running in college, I would’ve said she was crazy! I don’t know how, but she instilled a love for running and found that competitive spark inside me. Once I had success, I knew there was no going back. The training she put me through was rigorous, but it got me to where I am today. I would not be running in college if it wasn’t for her.  Furthermore, she believed in me before I believed in myself. She taught me to be a confident individual, to stand up for what I believe in, and to never give up. I will carry these traits with me the rest of my life and I can’t thank her enough for that!


I will be attending Bentley University in Waltham, Massachusetts this fall, majoring in corporate accounting and finance. I will run all 3 seasons for them and I’m very excited about the journey that lies ahead!


I would like to thank all my coaches, Coach Reaser, George, Coach Defo, Coach Wirsing, Coach Hadiaris, Coach Hall, Coach Raby, Coach Huntress, Coach Carlson, Coach Clark and anyone else who has guided me through athletics since I was a little kid. I’m going to miss you all! Thank you to Thornton Academy for providing us with a fantastic track and XC course to run on. Lastly, I would like to thank my parents and brothers for all the support they’ve given me throughout the years. They were at almost every meet and I could always count on them to give me a warm hug after regardless of how I performed. I wouldn’t be anywhere without you guys and I’m going to miss not having them to cheer me on at every meet next year!


Make the most of your high school running career and enjoy it! I’d also like to thank the Maine running community. Running is unlike any sport I’ve ever competed in where some of your best friends are your competitors. The bonds I’ve created with people are something I’ll always cherish. Best of luck to everyone next year!  Seniors who just graduated, I look forward to seeing you out on the XC course and track, but this time in a different uniform!