My most memorable race is the 2010 New England Cross Country Championship at Thetford Academy in Vermont.  It’s a very tough course with lots of hills!  I placed 19th and made the Maine All New England Team.  Another race that is very memorable to me was winning the Festival of Champions Freshman race. 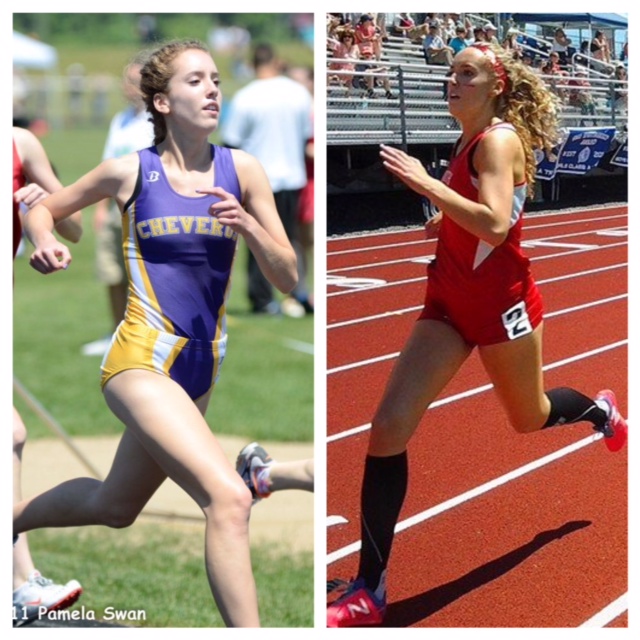 During my Freshman and Sophomore years, my biggest competition was chasing after Abbey Leonardi, Emily Durgin, and Fiona Hendry.  I looked up to those three incredibly talented runners.  I really enjoyed training with Emily and Fiona while I was at Cheverus.  During my Junior year, I loved training with my new teammate and long-time friend, Nyajock Pan.  Lastly, for my Senior year, I was runner-up at a bunch of meets including the SMAA relays, 2013 Festival Of Champions, the 2013 Class A State Cross Country Meet, and this year’s Mile at the State meet during Outdoor Track to the talented Kialeigh Marston!  I know she will continue to do great things!!

I was so honored to have won the 2014 Emily Fletcher Outstanding Distance Runner Award this year at South Westerns in indoor track as well as winning the 2014 SMAA Outstanding Running Award for the regular season in outdoor track.  At Festival of Champions this year I received the Fastest Senior Girl Award.

After losing my vision and collapsing at the 2011 Class A Cross Country State Meet, I found out about the condition, hyponatremia.  My body had an electrolyte disturbance where the sodium level is lower than normal.   I had not been feeling very well all season long, so it was a relief to finally get diagnosed and know how to prevent it from happening again.  It wasn’t fun hearing this and it cost me competing at New England’s that year.

Another obstacle I had to face was having a bone spur beneath my ankle on my right foot.  There had been a nagging pain during my Junior year cross country 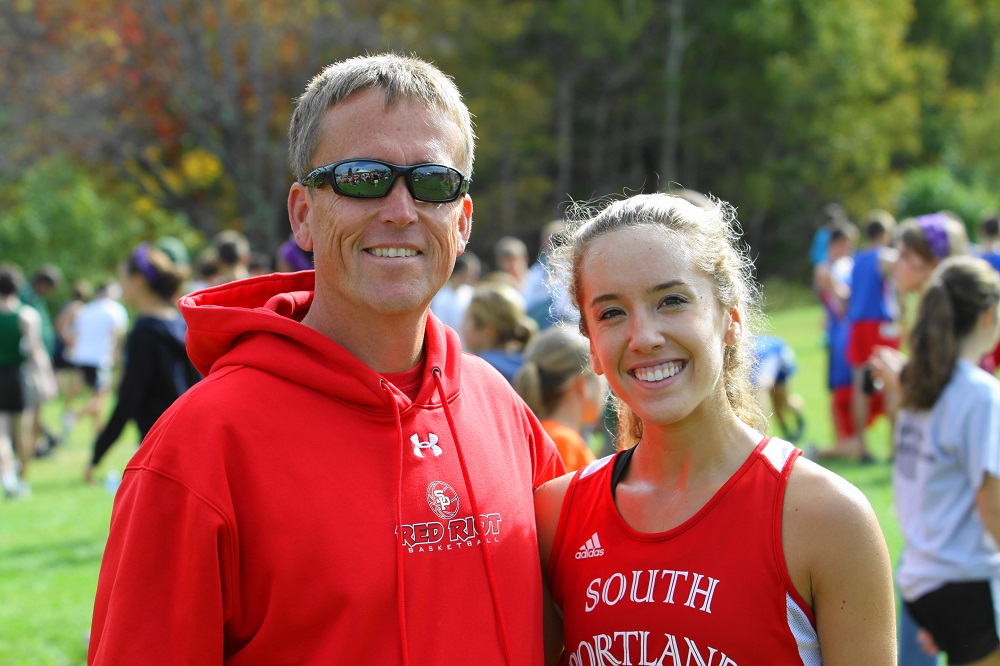 season and I ended up covering this dominant bone with a bandaid thinking it was just irritated from my spikes.  While beginning to train for indoor track at South Portland, the pain was almost unbearable.  My surgeon told me I needed to have this bone removed and the ligaments surrounding it repaired.  This was heart-breaking news after just having transferred to South Portland and having been so excited to compete in indoor track.  5 months without being able to run was one of the hardest things I have ever had to overcome.  Fortunately, I was cleared to compete during the end of the outdoor track season.  I was the 3rd leg on our State Champion 4x800 relay team at States and I also made it to New England’s in the 800m.

I will without a doubt miss running in the Maine community!  Running 10 seasons throughout my entire high school running career (I played basketball my freshman year, injured for my Junior year indoor track season) has introduced me to a bunch of all around wonderful people.  I will always cherish the friendships I have made.

If you could do it all over again what would you change about your running career in high school?
Changing something about my high school career would mean I wouldn't have learned from my experiences including transferring high schools part way through my Junior year.  So, I wouldn't change anything.  My experiences have made me a stronger person. 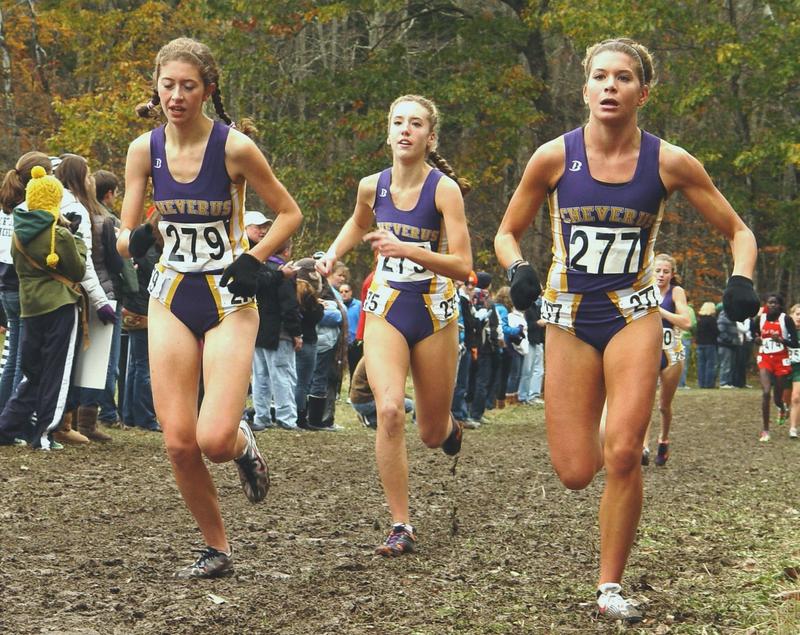 *Never let the pressure of competing well hinder your love for running.

*Never lose sight of your goals!  Set them high, put your mind to it, and accomplish them!

*Have Fun and expand your horizons!!  Build friendships with athletes from opposing teams and have a great time at each meet you compete in.

My South Portland coaches, Coach Reardon and Coach Lane,  taught me how important it is to compete as a team.  I learned to have fun and enjoy the sport I have loved since middle school. It was an honor being captain for both indoor and outdoor track for my team.

I will be attending Saint Anselm College in Manchester, New Hampshire, as a nursing major!  I will be running Cross Country and Track.  I am so excited to 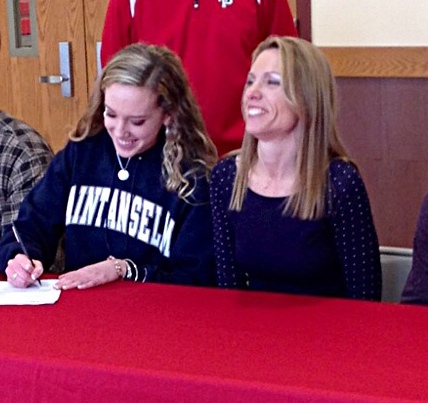 begin a new journey as a nursing student and as a collegiate runner!

I would like to say a huge thank you to my family, friends, coaches, and teammates for all of their support and the abundance of memories during these past 4 years.  I would like to give a special thank you to my parents.  I do not know where I would be without all of their support, love, and encouragement they have given me.  They have been my rocks throughout high school and I love them so much!

***Thanks so much Derek Veilleux, for all of your time and effort you put into me.milesplit.com!!  It is much appreciated!  As we all know, running does not get anywhere near the coverage that it deserves!!!  Hopefully one day I won’t have to use a magnifying glass to see race results in the paper.

Lastly, I would like to give another special thank you to Allyn Genest!  I got the pleasure of meeting Allyn at Southwesterns this year during outdoor track.  His friendly, warming, and spirited personality is contagious.  He takes amazing pictures!! You’re awesome Allyn!

“Be the change you wish to see in the world.” -Gandhi