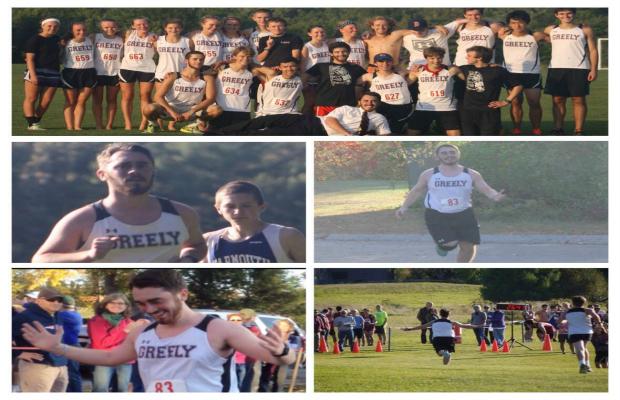 Senior Matt Woolverton this winter as he talks about his struggles with injuries, and his battle to overcome them for one healthy season

So I thought I left my indoor career on a less than stellar note. I went into my last race without practicing hard for weeks. I had struggled to get a good workout in the entire season with all of the hamstring problems and I simply could not manage to get myself to a healthy level to compete at.

However, it was not as bad as it seemed. After further review it turns out that though my 55 time was not what I would've prefered or would've shot for going into the season, I actually still set a career PR in the 55. Now don't get me wrong, the time was not great. But for a broken down runner like me, close to my last races, I am very proud of the finish. After all of the speeches I gave the team about seizing the opportunities we have before us and really going out and making the most of every race, event, etc. It was fairly awe-inspiring to actually be able to go out and get it done myself.

For me it's the small wins that make it all worth it. The comebacks, the races that come down to the last stretch, even just hearing the boys howl as I run by. That's what makes me go out and stick with it day in and day out.
I'm going on my 12th season in late March. 12 seasons. It sounds ridiculous just typing it. I never would've thought I'd be here just four years ago.

A lot has changed over these past four years, my friends have come and gone. Some understandable, others surprising. I've watching my peers go through their highest highs and lowest lows. All while going through my injuries.

As much as I would've loved to be a GIT superstar, that's just not me. I always say that I'd be a better coach than an athlete. I really am not made to be some big athlete. I work hard, I get injured, I work hard a different way get injured, I change my diet, workout plan and event, I get injured. Theres no winning for me. Due to that I've taken more from the sport than I would've ever imagined. My work ethic has drastically increased, my ability to persevere is unwavering, and

through it all no one has been able to outlast me. Who would've thought the injured nobody of a runner would be the last man standing for the class of 2015. Emma and I are the only two full twelvers left for Greely's 2015 class. I'm really proud of our accomplishments over the past four years. Obviously, her more than me. But, you get the point.

Greely doesn't have an end of season banquet for outdoor track like indoor and cross country do so this last indoor banquet will be my last. It's going to be the last time I speak in front of that crowd, the last time Coach Folan talks about my season to the people there. I'm really going to miss it all. Senior year has been a lot of fun, the banquet for Cross Country was actually kind of emotional for me. Seeing the photos I took throughout the season on the big screen, hearing Max Stickney and Coach Dowling commemorate my season and what I brought to the team. Standing in front of the parents, relatives, and most importantly my teammates and thanking them for keeping me going. It was tough. I expect indoor's banquet will be tougher. It will most likely be my official good bye to indoor track and the team I have grown accustom to these past couple months.

I knew this was going to be a great season, I knew it in the fall. We dropped a couple athletes who didn't have the right mentality, we picked up a bunch of hard workers. However, I never would've thought this team would've ended up the way it did. I would say about halfway through the season we knew we had something special. This season, more than others was a family. We really had each others back no matter the situation.

I'm standing in the back waiting to run my last race. I step up when my heat is called and there they are. The distance boys, the sprinters, the whole lot of them. I had more downs than ups this season and I didn't think I had much of a successful season. Here I am about to race against some of the top sprinters in the state and I'm the one getting the most support. I'm the one who has a team hyping him up. It was really special for me.

Now I look to outdoor, ready to prove myself and rep the maroon and white one last time. It's only a matter of time.