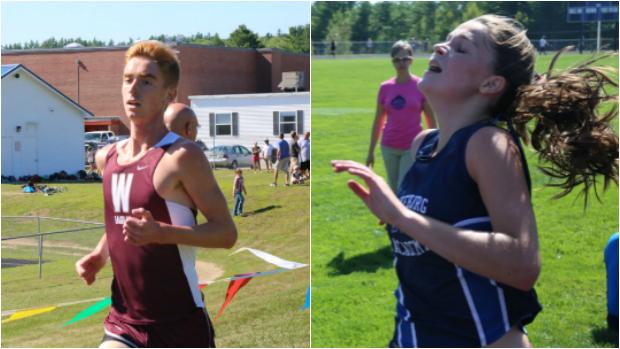 Windham's Ben Breton showed he's ready for a big senior year with his course record at the Lake Region Invitational. Breton covered the 2.8 mile layout around the trails at Lake Region High School in 14:56, to take two second off Ben Garcia's one year old course record.
"We both wanted to go under the course record." the senior from Windham said about his race plan with Josh Lombardo of Westbrook.
Breton & Lombardo set the early pace as the duo started to pull away from the rest of the field within the first mile, as only Jeremy Bennett of Windham was able to keep them in sight.

Once the leaders emerged out of the woods just past the half way point, Breton stepped on the accelerator around the fields in his attempt to drop Lombardo. Eventually his persistence paid off as he would go on to win by 15 seconds.

"The last half mile I felt very strong" Breton said post race about his string finish.

Lombardo was very pleased with his runner-up finish as the senior has only been training for about a month after dealing with a stress reaction at the conclusion of his outdoor track season.

Windham's Jeremy Bennett was next to cross the finish line in 15:56, he was followed 23 seconds later by Christian Bedell of Fryeburg Academy.

Rounding out the top five individuals was Vince Russo a senior from Poland, he crossed the line in 16:41.

The team race was a close one between Class A Westbrook & Windham. The two teams each ended with a score of 52, but the tie breaker was the better 6th man which gave the Blue Blazes the edge. Class B Poland finish third with 108 points. 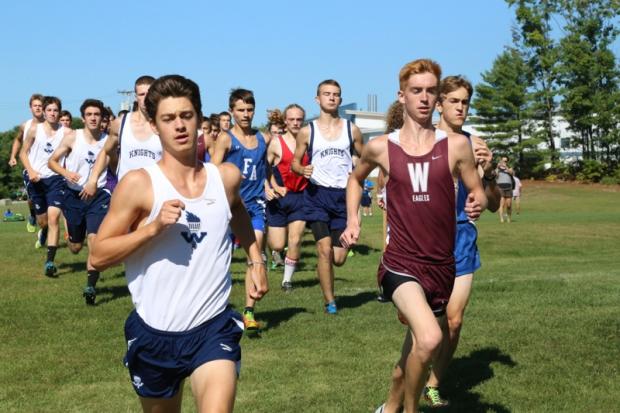 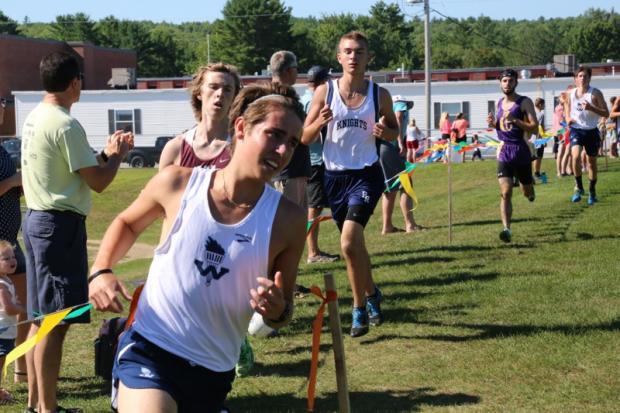