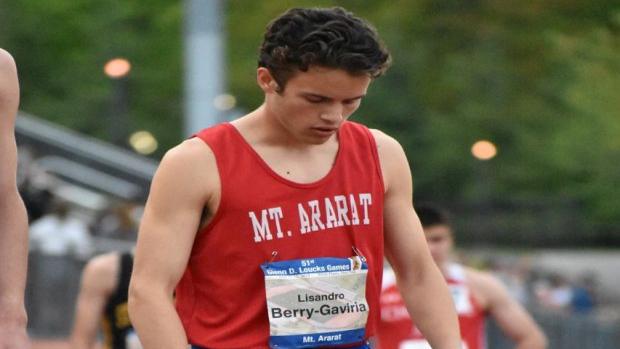 A handful of Mainers made its way the the 51st running of the Glenn D. Loucks Games in White Plains, New York last Thursday. Mt. Ararat High School sent a few athletes, and Lisandro Berry-Gaviria was easily the most impressive. Berry-Gaviria, running in the first of two heats of the 3200 meters, finished third in the section, running a massive personal-best of 9:16.51. The time broke the Maine sophomore record, and sits as the ninth-fastest in state history. And the way he was able to close the race was most impressive. Berry-Gaviria sat in 10th place at the bell lap and closed in roughly 62 seconds to make up nearly all the ground on his competitors. What Berry-Gaviria has done over the course of his sophomore year is is certainly outstanding. He won the Class A cross country state Championships last fall, then followed with a 26th place finish at the New England Championships. In indoor, he won both the mile and 2-mile in Class A, then would go on to finish sixth at New Englands in the Mile, running 4:24.23. And so far this spring, Berry-Gaviria has run 9:49 or better three times this season, and is likely on his way to garnering a few more state championships in June.
Berry-Gaviria's teammate, Katherine Leckbee, ran in the first of two sections in the 3200, running 11:43.35. It marked the second time this spring Leckbee has run better than 12:00. Tyler Bernier also made his way down to New York for the Eagles. Bernier competed in both the 200 and 400, and ran 23.96 and 51.91 respectively. His 51.91 is a PB and is the fifth-fastest time in the state.
Yarmouth's Luke Laverdiere ran in the first section of the 3200. Laverdiere ran a personal-best of 9:11.29 at the meet last year, and was hoping to dip closer to the 9:00 barrier. The senior went through 1600 in roughly 4:31, but struggled in the second half of the race, finishing in 9:19.84. While it might not have been the result Laverdiere wanted, he still shouldn't hang his head. This was the third time Laverdiere has gone under 9:20 in his high school career, and it also lowered the 3200 standard in Class B. He's still the overwhelming favorite in both the 1600 and 3200 in Class B.
Falmouth's Malaika Pasch and Yarmouth's Anneka Murrin both competed in the 800 meters. Pasch finished fifth in the second section of four, running 2:18.04, while Murrin was seventh in the third section, running 2:18.85. Pasch's time was just .15 off Murrin's state-leading time of 2:17.89, and marked the second time she's run under 2:20 this season. Murrin has also gone under 2:20 twice this season. Berry-Gaviria wasn't the only one putting his name in Maine record books last week. 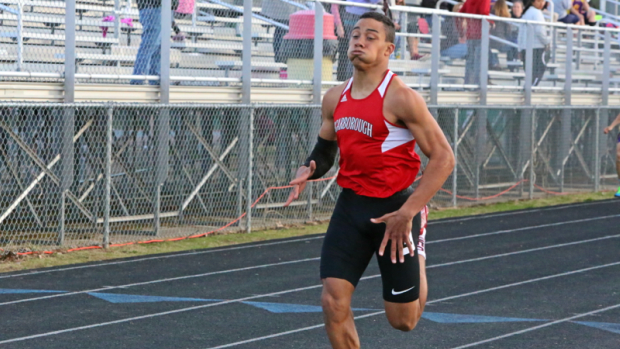