State Championship weekend! Here's everything you need to know from all three state meets 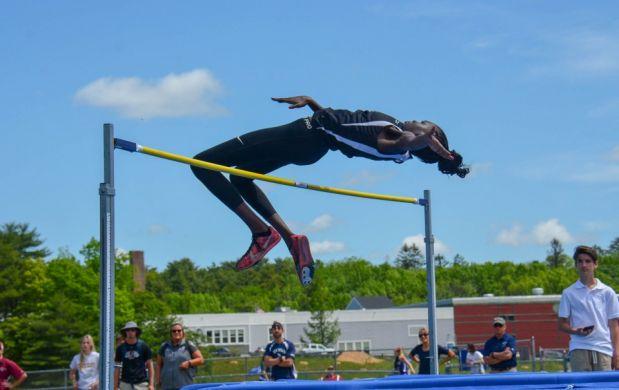 The highlight of the Class A state meet was Nyagoa Bayak of Westbrook in the high jump. Bayak cleared 5 feet, 11 inches to win and break the previous state meet record of 5-9 formerly held by Jesse Labreck who graduated from Messalonskee High School in 2008. Bayak's record-setting mark is currently the sixth-best clearance in the country. Bayak would go on to take second in the triple jump (37 feet, 4 inches) and sixth in the long jump (16 feet, 7 inches).
Bayak wasn't the only one setting state records at Morse High School on Saturday. Oxford Hills's Jadah Adams won the javelin with a record-setting throw of 135 feet, 7 inches, breaking the previous state record of 131-10 set by Keila Grigware of Biddeford High School back in 2011.
The Cheverus girls' scored 84 points to win their second-straight state championship, while Falmouth and Thornton Academy were awarded co-champions on the boys' side, with both schools scoring 67 points. Cheverus (64) and Scarborough (60) rounded out the top four on the boys' side, which has to be one of the closest finishes in state meet history.
The Stags got stellar contributions from Emma White and freshman Victoria Bossong.
White defended her title in the long jump, jumping 17 feet, 5 inches, also won the triple jump (37-04), finished third in the 100 meter hurdles (15.52) and ran a leg on Cheverus' winning 4x400 meter relay -- which ran to a state-leading time of 4:05.
Victoria Bossong ran the third leg on the 4x400m relay , and took home an individual state titles in the 100 and 400. Bossong ran 12.18 (state-leading time) to take the 100, with fellow freshman, Rori Coomey of Marshwood, right behind in 12.33.
Bossong then won the 400 in a personal-best of 56.95 seconds, right ahead of teammate Emma Gallant, who was a step behind in 57.43. The two also ran on Cheverus's 4x100 meter relay squad, which finished second to Thornton Academy in a time of 50.15. The Trojans were just ahead in 50.15, with Mia Taranko anchoring home Thornton Academy.
Gallant would get her individual tile in the 200, running 25.57 seconds to beat Katherine Page of Marshwood, who clocked a fine time of 26.45. 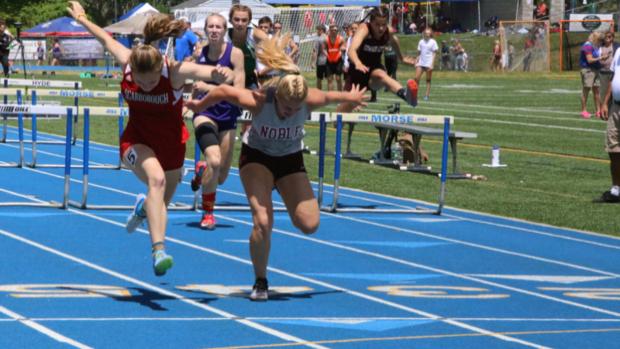 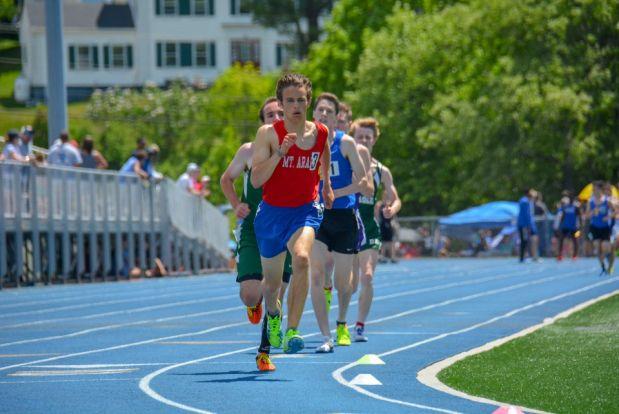 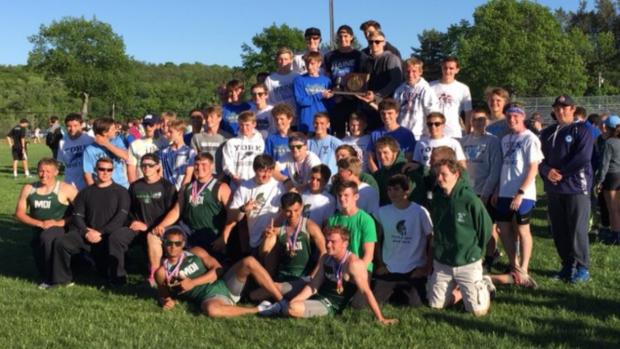 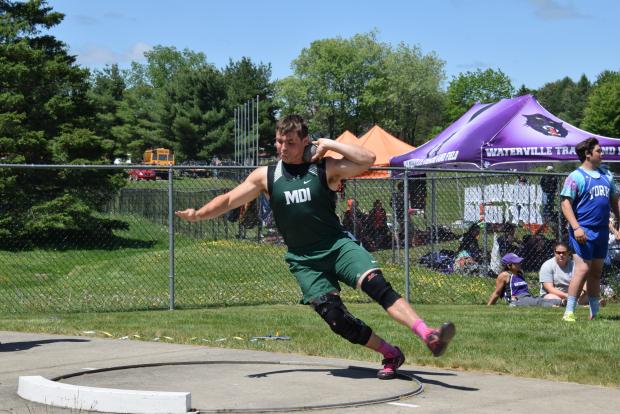 (Croix Albee in the shot -photo by Glendon Rand)
Croix Albee had a strong day for the Trojans as well, as he finished second in the javelin (157-02), discus (145-07) and shot put (53-08.75). Elijah Denning finished second in the pole vault (12-00), while Elijah Joyce took fourth in the 110 hurdles (15.97).
The race of the day had to be the 400 meters, with Yarmouth's Tahj Garvey defending his title, winning in 49.71 seconds. Winslow's Max Spaulding was right behind in 49.77.
Garvey's teammate, Luke Laverdiere, cruised to an easy win in the 1600, running 4:23.09 and winning by over 10 seconds. It was Laverdiere's third consecutive state title. Laverdiere followed that up with another easy win in the 3200, running 9:45.49. Laverdiere had the fastest 1600 and 3200 times of all classes.
There was another close finish in the 800 with Cony's Travis Nickerson edging Brewer's Jon Donnelly, 2:01.84 to 2:01.94. Nicholas Dall of Waterville appeared to win but was later disqualified for stepping on white line. 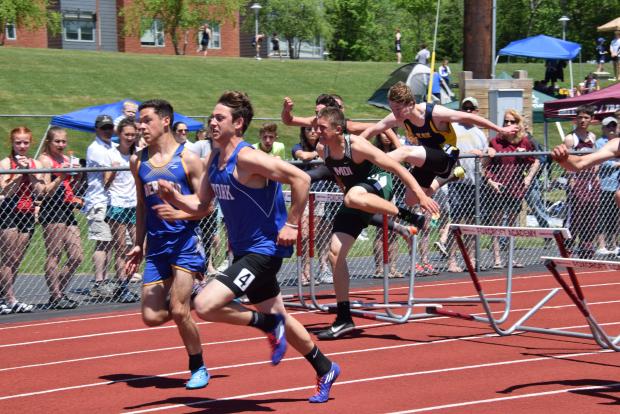 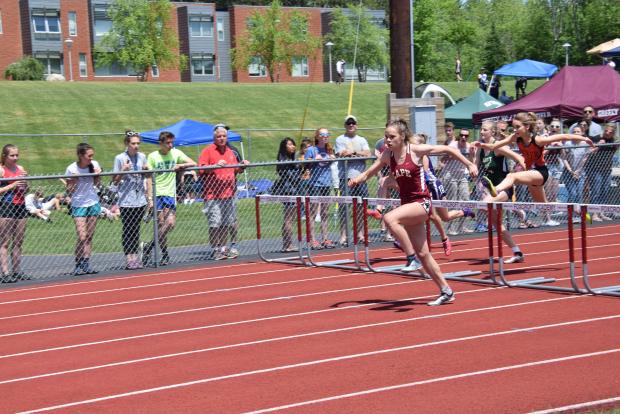