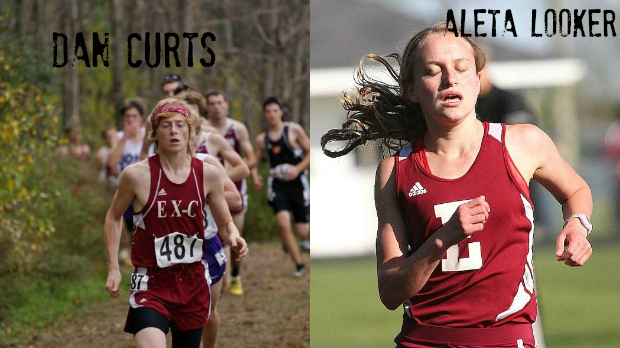 Ellsworth's Dan Curts was the overwhelming choice for the boys performance of the week. Curts garnered the 68.89% of the vote for his outstanding performance in winning the Caribou Invitational last weekend. Dan covered the 5k course in a state leading 15:48, his time also was a personal best for the junior. To this point Curts has been unpushed and won every race with ease. He will be one of the individual favorites to win the Festival of Champions coming up at the end of the month

On the girl's side it was another Ellsworth Eagle taking the top spot as Aleta Looker was selected with 24% of the vote to edge out several worthy vote getters. Looker took first place in the Caribou Invitational running 19:29 for 5k a personal best,  her winning margin of victory was 18 seconds. Aleta has looked strong in the early season winning every individual race she has competed in this fall.