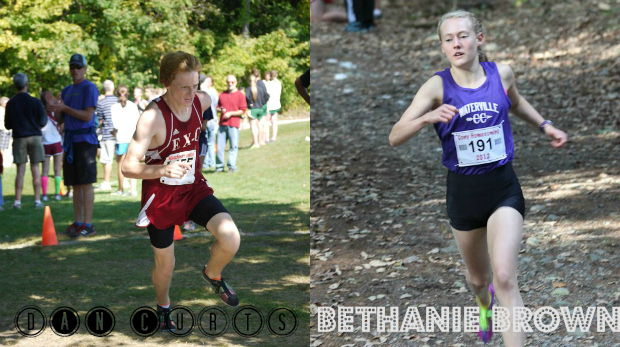 For the 2nd time this fall Bethanie Brown of Waterville, HS has been selected as the Maine Running Company Performance of the week on the girls side. Last week Brown ran a phenomal time (18:42.92) on a tough Cony course. Not only did Bethanie win she beat the defending Class B individual champion Brittany Bowman by 1:39! Brown is one of the top girls in the country right now and if the weather cooperates her 5k personal best should drop this weekend at the Festival of Champions. Out fo the 47 total votes this week, Bethanie received 24.

On the boys side there was a clear winner as Dan Curts of Ellsworth was selected for the 2nd time this year, he received 31 out of the 42 votes. Curts ran the best race of his HS career as he crossed the line in 15:42 to win the Manchester Invitational last weekend over his biggest rival in the state Silas Eastman. The winning margin was less than a second. The time ended up being the fastest performance of the 3 individual races inlcuding the elite race. This weekend Dan will be one of the favorites to win the Festival of Champions title.