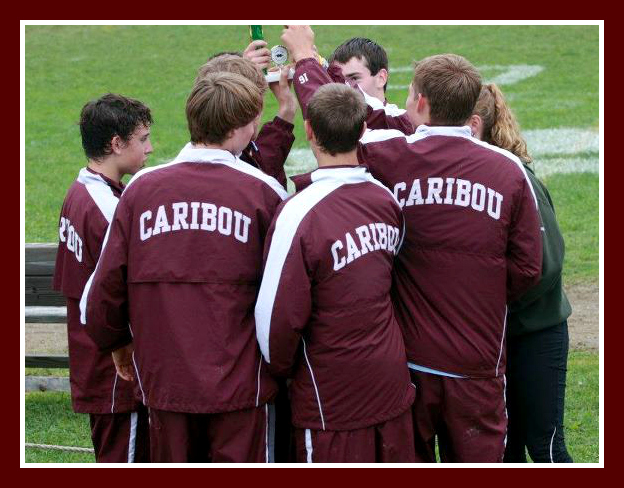 The Vikings of Caribou have been one of the best teams in Class B the last 2 years, winning 2 years ago & adding a 3rd last fall. They are back in 2012 with 4 of their top 7 including 2 of the top 3 from last fall. Look for senior Ron Lund who finished 10th a year ago to lead the way with junior Ryan Washington 14th a year ago providing a strong 1-2 punch.

Caribou will also be looking for their 5th Eastern Maine title in a row this fall, coach Alden is counting on his strong jv runners from a year ago and also several newcomers to have a positive impact. One to watch for is junior Lucas Kinney who placed 36th a year ago. Based on times from last fall the Vkings are the 2nd ranked team only behind Eastern Maine rival Ellsworth in Class B.

"We have three very strong runners returning, Ryan Washington, Ron Lund, and Lucas Kinney; our JV team won the PVC JV Championship so we hope to have a very strong team again this season.

We have 22 athletes on the roster 14 are new to cross country so it going to be a fun and exiting season to  see these young athletes grow and develop.

Our goals are the same every year to develop our talent to it's potential and put ourselves in a position where we can challenge for a regional or state championship. The key for us in recent years is how strong we can develop 3 to 7 athletes that can run very close to each other . We focus on the championship part of the season and attempt to train trough the regular meets."