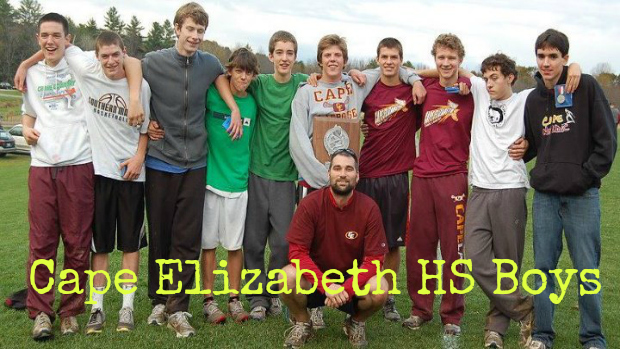 The Cape Elizabeth boys return 5 of the top 7 from a 5th place team at the state meet last fall. The Capers who were the Western Maine runner-ups are looking to get back to the top spot in 2012. Look for juniors Peter Doane & Liam Simpson to lead the way. Doane finished 8th overall in the Class B meet, and earned a trip to the New England's last fall. Coach Veilleux is excited with the level of commitment over the summer & is looking forward to improvement the team should have this fall.

Last year Cape Elizabeth was a young team with 2 sophomores running 1-2, with a freshman and two other sophomores in the top 7, the experience they gained in 2011 means they will be ready for the championship meets. Add in the talent of junior Will Britton, & the Capers have a team that will contend for the state title in October.

"The boys put in a great summer of training and have been laying the groundwork for a successful season. We return 5 of our top 7 from a team that was Western Maine Regional runner-up & 5th in the state meet, including our top 2 in Peter Doane & Liam Simpson. Sophomore Kyle Kennedy has made a huge jump this summer, he was our #8 runner last year. Other returners Julian Pelzer, Trevor Ewald, & Tim Brigham give us quality depth. Newcomer Will Britton is one to watch in his first HS xc season, he was a standout in 7th grade & has shown he can run with the top guys this summer. Freshman Justin Guerette & John Moen have a shot at being in the top 7 as well.

Our goal as a team is to improve steadily throughout the season, running our best during the championship season. With no clear-cut favorite in Class B this year the team title is wide open, we hope to stay injury free & be able to make a run at it."