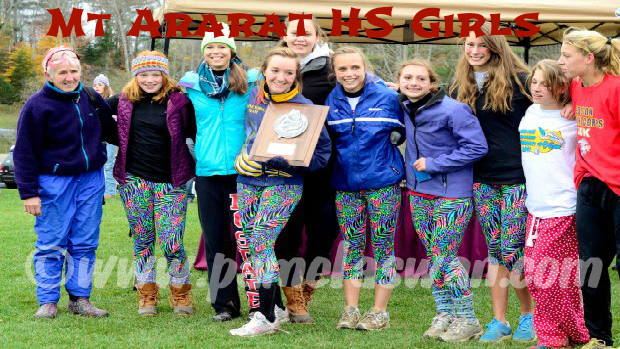 The Class A runner-ups the past 2 years in Class A, Mt Ararat is aiming to take the top spot this fall. With 4 of the top 5 runners back from last year, the Eagles are primed to take aim at their first title since 2004. Leading the way for Mt. Ararat this fall is  junior Kelly Lynch who finished 9th a year ago, also look for sophomore Olivia Swan (25th in 2011), along with Lauren McNett & Brennie Radluski to provide quality depth

Coach Fournier is looking to improve on 2011, it looks like the Eagles have all the pieces to make a run. They showed well at the Laliberte Invitational last Friday finishing as the 3rd best girls team. Mt. Ararat is known for a team that shows steady improvement throughout the regular season, then excels during the post-season, expect 2012 to be another succesful one for the Eagles.

"We have a pretty good size team, lots of youth, hard working, those who ran at states last year are back.  Not sure who will step up to take 6 and 7 place. Am looking for Nicole Ross to be one of the top 7 on the girls team. Some of the new to the program will hopefully fulfill what I feel they can do. oal is to be competitive in the league meets, stay healthy for the championships and improve on what we did last year."