Loading
<p> Each week MaineTrackXC will post several top performances for each gender, and let the fans decide who is worthy of the Maine Running Company Performance of the Week&nbsp; by casting their vote. Each week on Monday the top performances will be posted undet the &quot;Discussion board&quot; link on the homepage, their will be a topic link called ie.&nbsp; &quot;Boys Performance of the Week January 9th-15th&quot; , click on it to see your choices and then cast your vote. In order to vote you must be logged into the site with a user, if you don&#39;t have one already sign up for one so you can support the great athletic accomplishments of those in the running.</p> <h2> &nbsp;</h2> 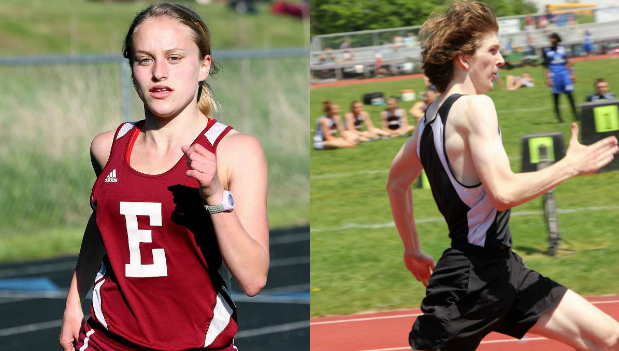 Ellsworth's Aleta Looker was selected for the "Performance of the Week" in a very close vote with Greely's Kirstin Sandreuter. Just one vote seperated the two this week as Looker received 19. Looker's performance was impressive as she won her section of the 800m at the Terrier Classic running a state leading 2:18.10. Aleta currently ranks 4th in the state in the mile, and 2nd in Class B (5:19), and is ranked 6th in the state in the 2 Mile. Her 800m time ranks her 7th in New England & 41st nationally.